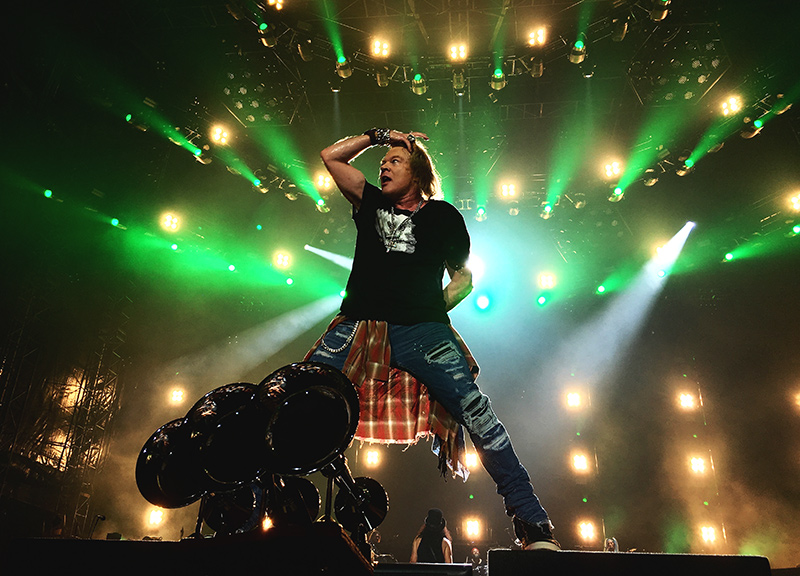 Seems Guns N’ Roses Was Worth The Wait At AT&T Stadium.

We knew this much heading into last night’s Guns N’ Roses show at AT&T Stadium: This concert was without a doubt going to be a big deal — both literally and figuratively.

On the literal front, there was the sheer scale of the event’s production, which we went into detail on yesterday. On the figurative side of the coin, you had the juicy fact that this would be the first time that Axl Rose, Slash and Duff McKagan would be sharing a North Texas stage in almost a quarter-century.

So how’d things go in front of the estimated 40,000 or so that made it out Arlington way for the spectacle? Pretty good! The Observer said the band “delivered,” the Morning News said the band still sounded “pertinent” and the Star-Telegram called it “dirty, dangerous and thrilling.” All three outlets also gushed about Rose’s voice sounding on point.

On the more negative side, none of the reviews really got into the fact that GNR didn’t start their 2.5-hour set until well after 10 o’clock, which is pretty late for a stadium deal, let’s face it. All three pieces did, however, make note of possible tensions still existing between Rose and Slash, although that much may have just been projection — y’know, because if it bleeds…

What we can say for sure is that Friend of CT Phelan “Peanut” Davis dug the crap out of things from his front-row-center perch, telling us that he had nothing negative at all to say about the show. Quite the opposite: He was all raves, confirming that the band sounded great, and sending along the below snaps he took to prove that the band and show looked the part, too.

All photos by Phelan Davis. 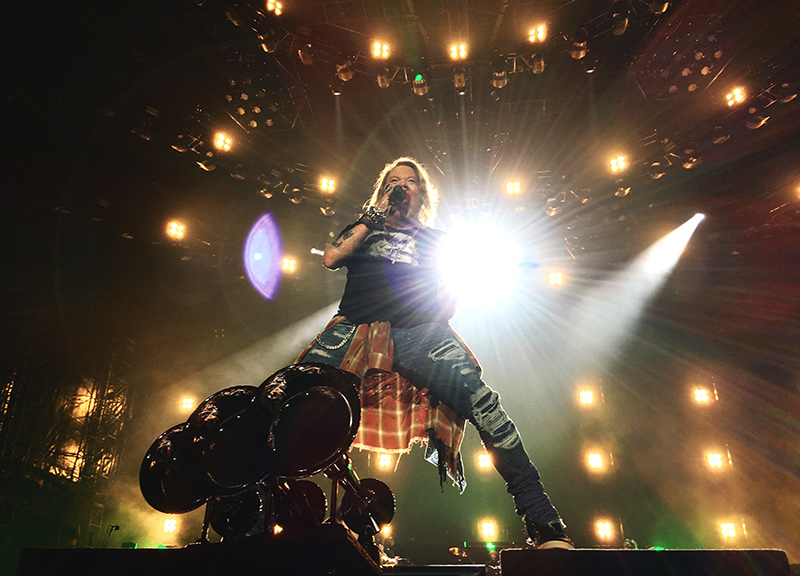 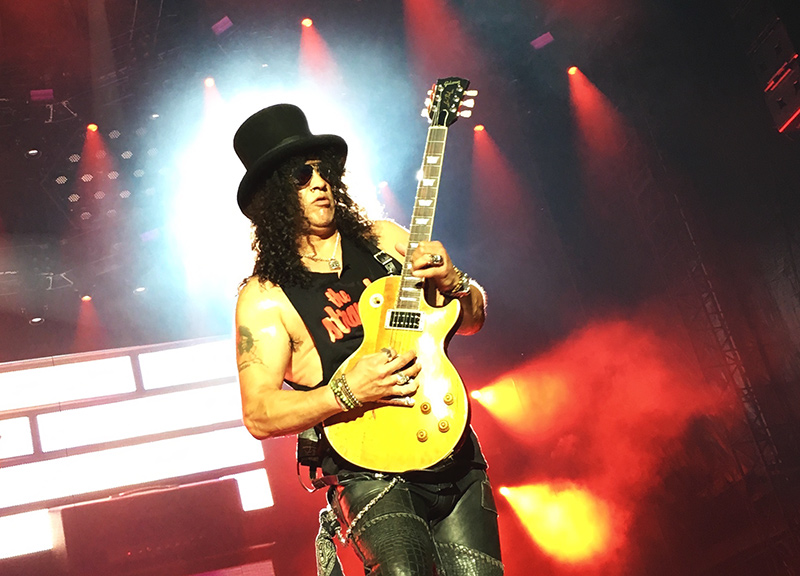 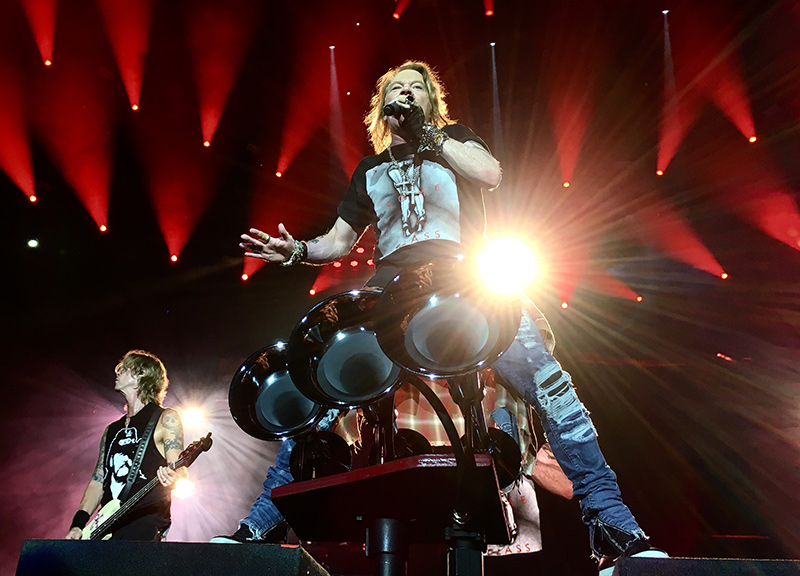 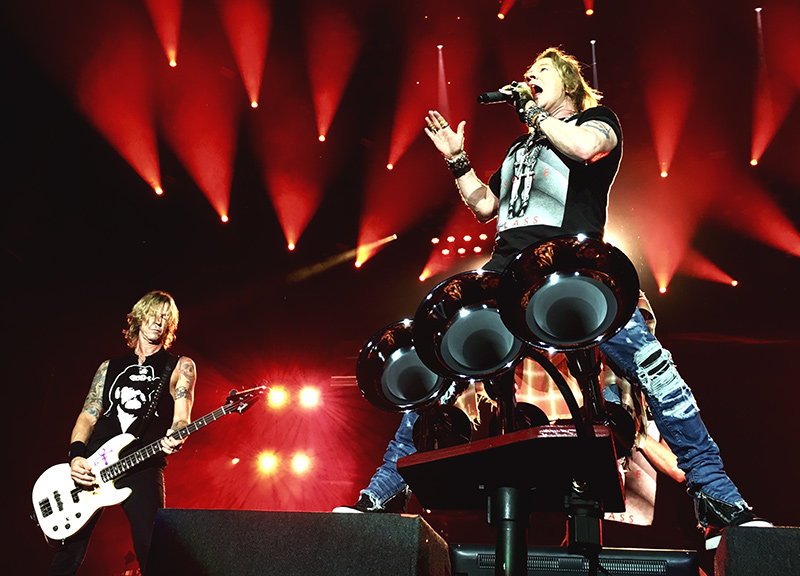 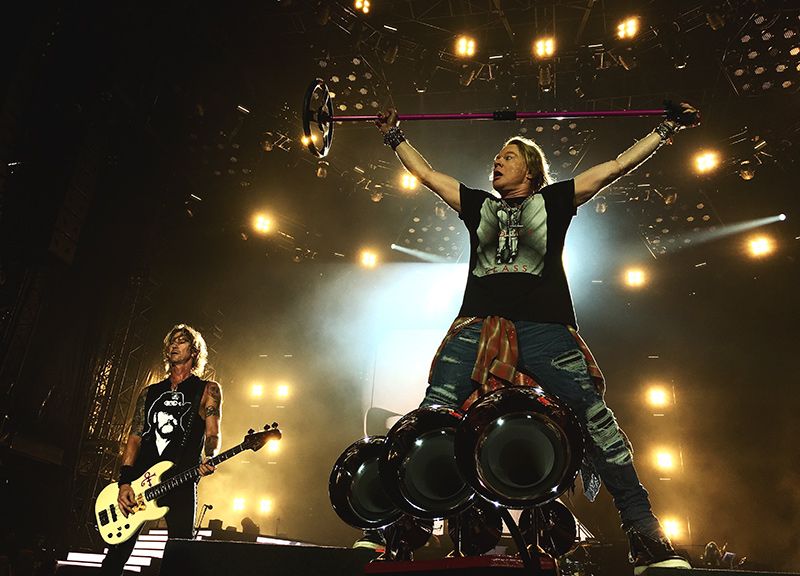 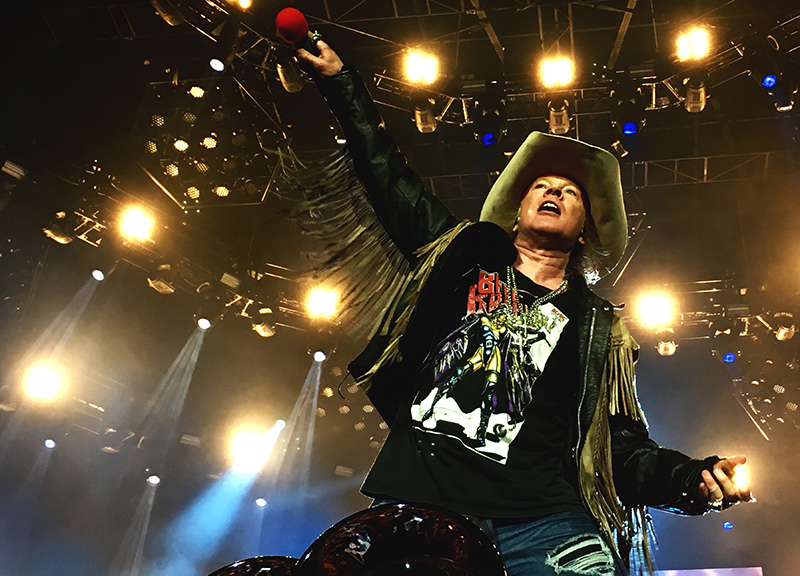 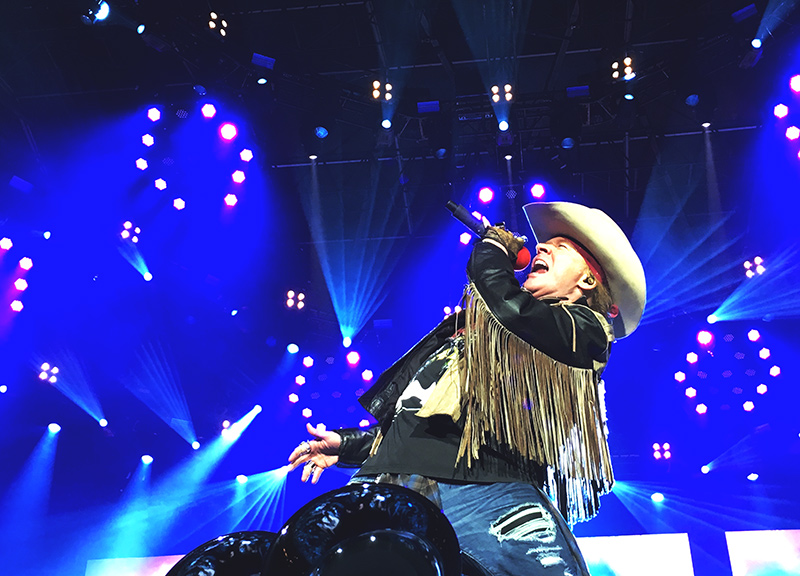 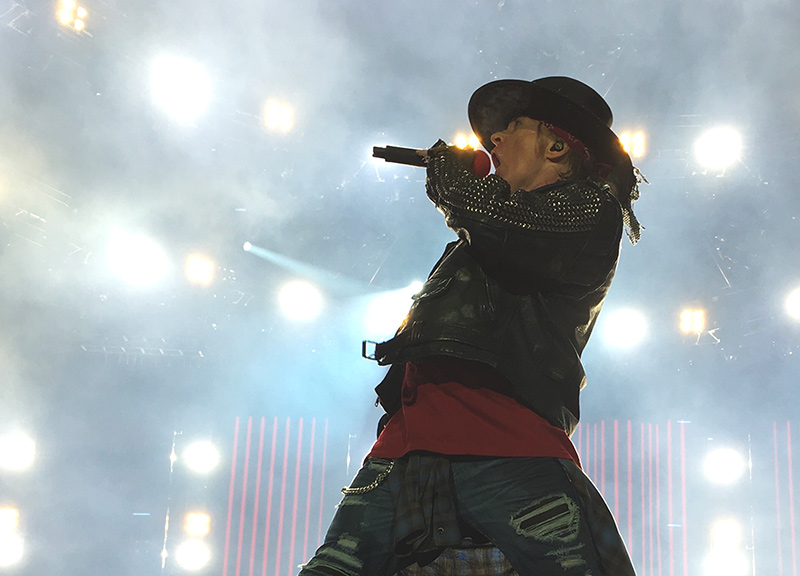 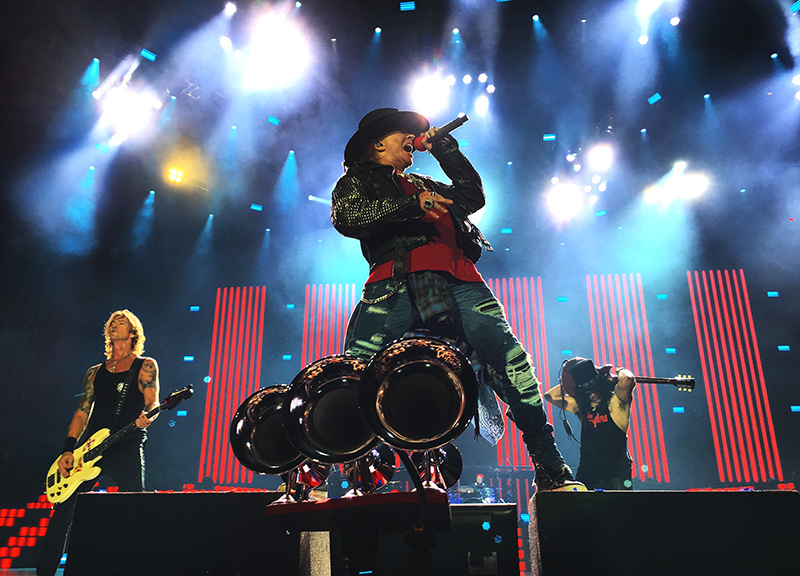