To Infinity & The Perot: Pixar Headed To Dallas Next Year. 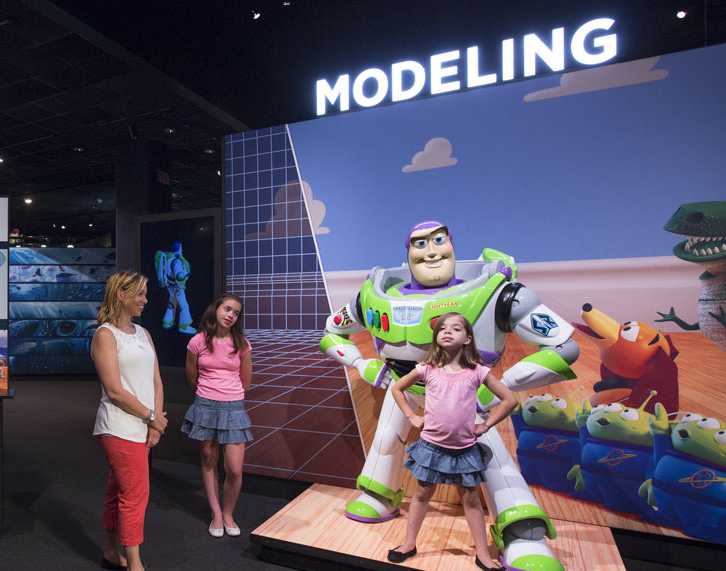 Pixar’s Traveling Exhibit About The Science Behind The Studio’s Movies Has Been Announced For The Perot Museum Next Summer.

Pixar’s got a friend in the Perot.

The Perot Museum of Nature and Science announced it will present “The Science Behind Pixar” exhibition next year from April 25 to September 7.

Tickets have not gone on sale yet, but considering dates to attend the Perot currently run up to March 2020, you might be able to plan your visit for the freshly-announced exhibit as early as next month.

This touring exhibit explores science and engineering concepts through the lens of filmmaking by illustrating how STEM was integral to the creation of Pixar’s beloved classics. And Cars 2.

Throughout the showcase are 50 interactive activities themed around different elements of the production process, from the initial script-writing and character designing, to camerawork and post-production.

For example, one area of the exhibit allows you set sliders on a machine to change a character’s facial expression. Finally, after decades of being reduced to blubbering tears by Pixar films, you can return the favor!

Also featured are life-size recreations of iconic Pixar characters, from Buzz Lightyear to Wall-E. Selfies with Dory are sure to be omnipresent on Instagram when the exhibit arrives.

It’s also very fitting that this exhibit is headed to a museum named for H. Ross Perot, because without the late Texan business giant, it’s possible Pixar wouldn’t have gotten into movies in the first place.

Back in the ’80s, Pixar was a computer hardware company in desperate need of investment cash. They presented their case to several companies, including General Motors, where Perot was a member of the board at the time after his Plano-based IT company Electronic Data Systems was acquired by the automotive behemoth in 1984.

GM was looking to absorb Pixar as well, most likely by scrapping the name and merging the company with their design department. However, after Perot called the rest of the board “a bunch of fools” for buying Howard Hughes’ electronics company, negotiations fell apart.

After that potential investment was scrapped, Pixar instead enlisted Steve Jobs to fund the fledgling company’s first short films.

Currently, “The Science Behind Pixar” is on display in Portland, Oregon, but if you want a sneak peek before next April, you can check out this tour on Pixar’s official Youtube channel.