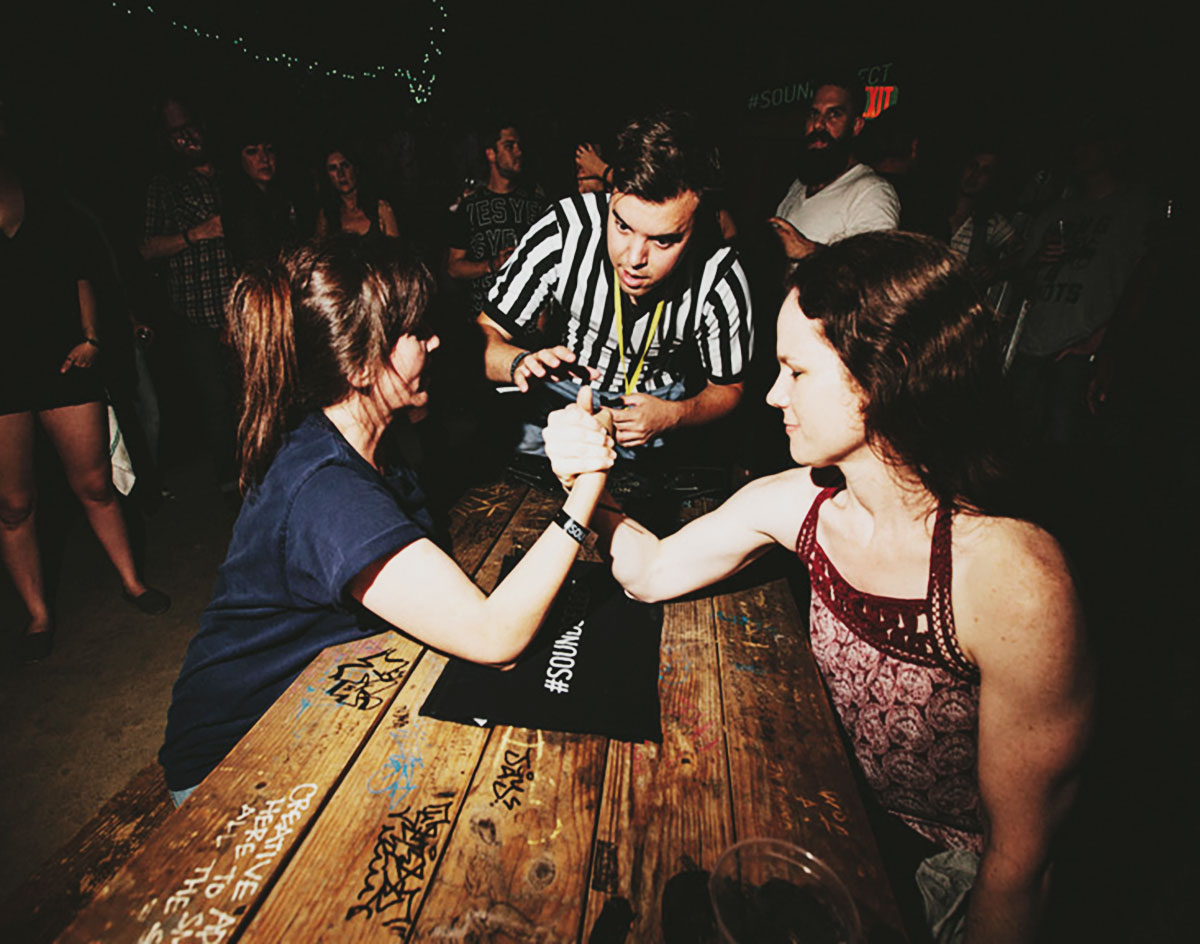 In Honor Of The Adored Deep Ellum Music Venue’s Seventh Anniversary, We Present A Definitive Ranking Of Its Prime Hangout Spots.

This weekend, the cherished Deep Ellum venue Three Links celebrates seven rotations around the sun with a run of non-stop festivities.

Here’s what the spot, which is and always has been more than the punk rock hub it’s so often purported as being, has lined up over the next few days:

That Three Links, or “HQ” as it’s affectionately called by its regulars, would be able to secure such a stacked offering for its anniversary isn’t exactly a surprise. Since its inception in 2013, the heavily musician-staffed venue has capably established itself as a welcoming space for music fans of all stripes.

In fact, many of our favorite shows to go down at 2704 Elm Street over the years could only barely be classified as punk (if at all) — events such as a Quaker City Night Hawks-headlined arm-wrestling competition, the first-ever Dallas solo showcase from Thundercat and Frank Turner’s surprise (and jam-packed) afternoon performance in the space.

And, if we’re being completely honest, some of the best moments we’ve experienced at the venue haven’t involved music at all, but have instead taken place alongside friends among the picnic tables out on the venue’s cozy back patio space.

To that end, and in honor of the venue’s birthday festivities this weekend, we wanted to briefly acknowledge and recognize that aspect of Three Links’ charm and appeal, which extends well beyond what many might expect of such a renowned performance space. Yes, there’s magic to be found indeed in them thar picnic tables — but some more than others.

Heading into Three Links’ seventh anniversary weekend, we present to you the definitive power rankings of the venue’s back patio picnic tables. Don’t agree with our rankings? That’s fine. Come find us out at the venue this weekend and tell us your order.

We’ll be the ones with the smug looks on our faces at our top-ranked table.

The Definitive Ranking Of Three Links’ Back Patio Picnic Tables:

(The number assigned each table in the below graphic represents their order in this ranking. Three Links does not have formal number assignments to its standard picnic table layout. Yes, we asked.) 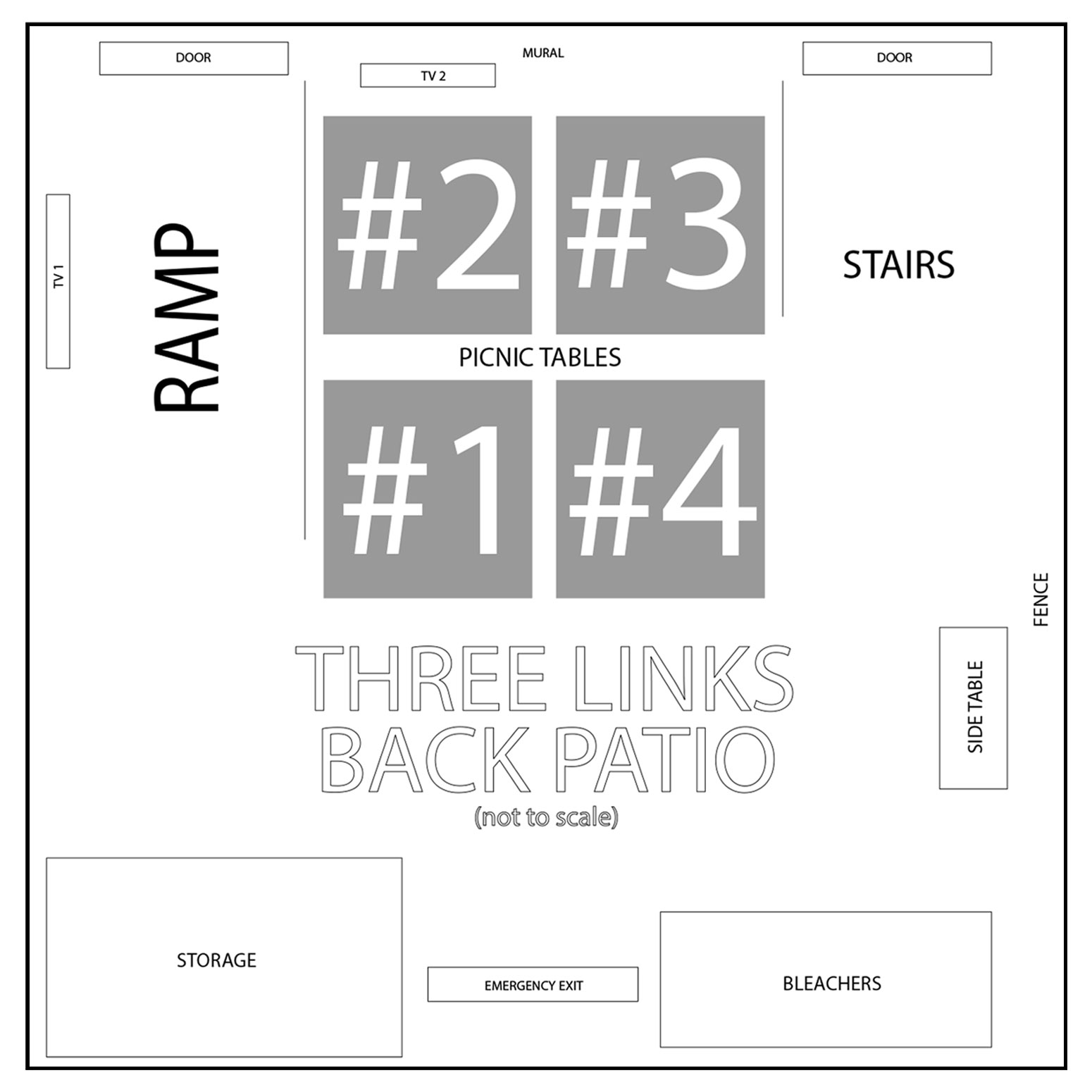