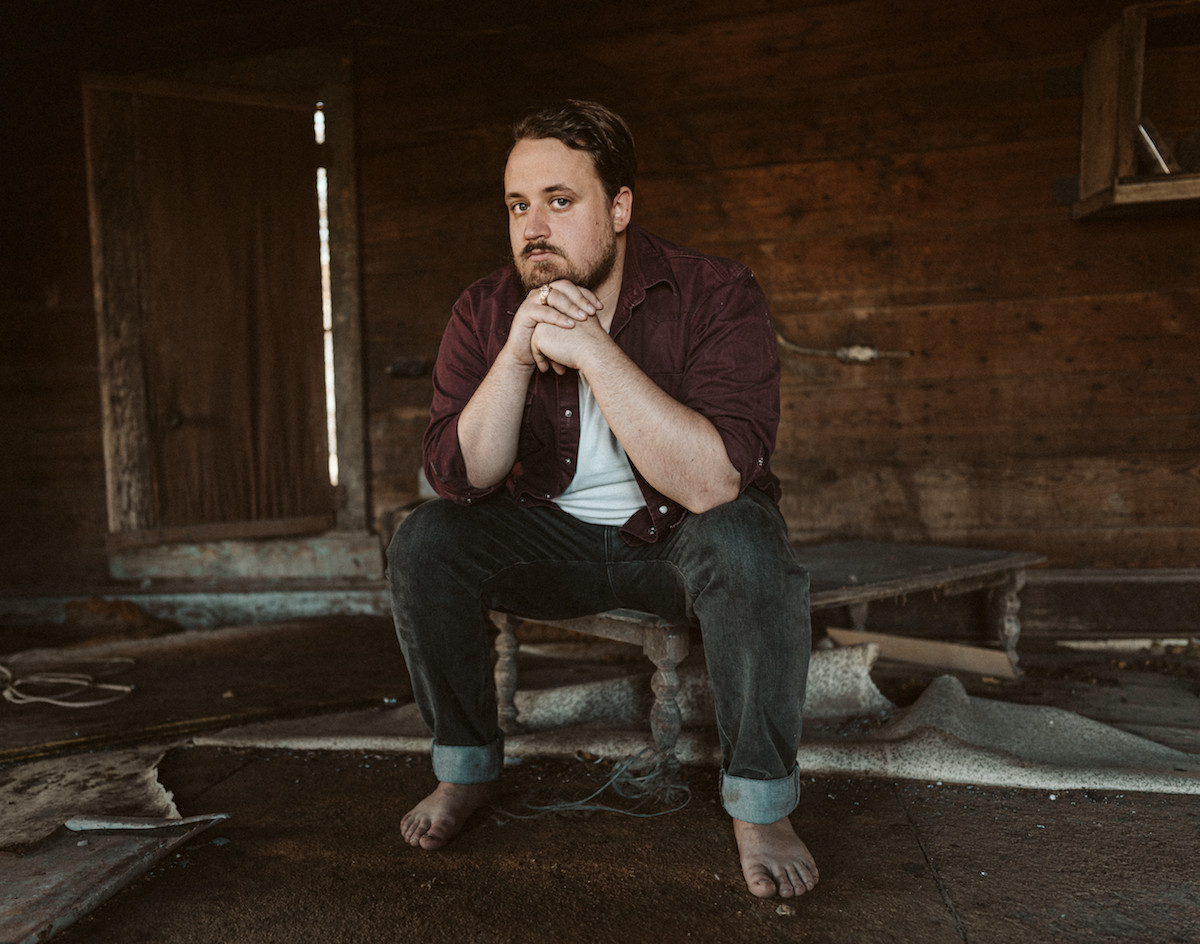 We Chat With Solo Artist And Ottoman Turks Bassist William Latham About Performing And The Recent Turks Show That Got Fire Marshal’d.

William Latham is better known for his stage name Billy Law. As an acclaimed solo folk artist, he also plays bass in the country-tinged garage rock quartet, Ottoman Turks. A band that, unfortunately, had to deal with a surprise visit from the fire marshal at the recent Three Links nine-year anniversary show.

The Turks (fronted by Nathan Mongol Wells and also featuring Joshua Ray Walker and Paul Hinojo) are no strangers to having its members do solo material. Walker is currently enjoying some incredible visibility thanks to a recent appearance on The Tonight Show, as well as extensive touring. Law released Alone Somewhere, his solo debut LP, last fall. And Wells is about to release a solo album this year.

As busy as the members of the Turks are, we’re well aware of challenges playing Deep Ellum as of late. Those who actively went to and played shows in the area in the 1990s remember a similar problem. We wanted to hear from someone directly affected by this recent situation and talk alternatives to Deep Ellum, the benefits of playing all three major towns in North Texas and how the rest of the year looks for Billy and his bandmates.

He plays the Double Wide on Friday, doing a solo set opening for Brave Little Howl, and the Ottoman Turks open for The Orbans and FIT at the same venue the following Friday, April 1.

Prior to this show, had you ever been to a show where the fire marshal showed up?

It only happened to me once. It was a short-lived venue in Denton called Green Means Go! I think it was a permit issue because the venue was nowhere near full. Had you ever heard of a show getting disrupted by the fire marshal?

No. I was still taken off guard at Three Links, but I did see someone on Twitter post about the Dada show the night before [with Touche Amore]. Then someone else said, “I think the fire marshal is gonna go around to any event that’s selling a lot of tickets . . . and try to shut them down.” I forgot about that tweet until after the Three Links situation.

Did you have any reason to think the fire marshal would show up?

Not at all. When we got there, we knew it was a big Three Links show. You know, the back patio’s full and the front patio’s full, but I could still easily get my equipment through the back without touching anyone. In fact, my wife and I had gone next door to Twilite to get a drink before the show just to chill out before we played. We were with Nathan’s wife and she got a call from Nathan, [telling us] Nathan just got kicked out. He was working the merch booth. [Laughs]

Then we walked over there and it was just chaos. Nathan got kicked out, then Paul got kicked out. So it was like, “Great, now there’s half of the band that got kicked out . . . I guess Josh is playing a Turks’ set by himself.” [Laughs]

What did you see first-hand?

I went over there right after that call was made. Nathan said he went down the street to Elm Street Saloon and would just wait. Everyone was on the street, watching the show. Nothing was really different – there was a line of people out in the street. The Three Links bartenders and [co-owner Scott] Beggs were handing out drinks to people because they felt so bad. Everyone was in good spirits. I asked Scott if we were still going to play. He said yes. “Don’t worry about it. Take some time. Make sure the band gets back in here.”

If you talk to Deep Ellum regulars from the 1990s, you might have heard about the time in 1993 when Fugazi played the Bomb Factory. The crowd had to watch outside while the band played indoors, or the show would have been shut down.

So, how does it feel to be in a band that is now in Deep Ellum lore?

I think it feels really special. Honestly, everyone was pissed at first, but Three Links took such good care of everyone. They were really on top of things. I think it brought everyone together. I mean, we all had one person to be mad at. [Laughs] We were all joined together in frustration. I don’t think it really affected anyone’s experience too much, except they had a great story. Some people filtered out, so everyone got to come back in.

Was there any wondering if the show would be shut down?

I think everyone initially had that reaction, but the [staff at] Three Links told us, “We do have this under control. We’re gonna contest the ticket. It doesn’t make any sense.”

Was the show sold out in advance?

I believe it sold out in advance. I had a couple of friends that got turned away at the door and some of them were told to come back when the show starts and there would be a count of people in there. If there was enough, then [Three Links] can sell you a ticket.

As a solo performer and a band member, does this make you hesitant to book a show in Deep Ellum for a while?

I don’t know. Deep Ellum is already insane. I don’t love playing in Deep Ellum just because it’s such a dangerous place. [Laughs] Has been and it’s just getting worse and worse. I think with them trying to clear out Uptown, everybody’s coming to Deep Ellum and it’s chaos every night. But the music venues seem to be good. It’s the clubs that are more the issue.

The next show the Turks played was at Tulips in Fort Worth. How did that show go?

We love all of the staff there. It’s a great venue and it’s easy to get in and out of there. But we’ve had some hit-or-miss shows there. Once, there were four bands on the bill and we had to play after Band of Heathens and most of the people were gone by the time we played. [Our last show at Tulips] was a really good show. It restored my faith. In general, I don’t know what Dallas can do to replicate what [Fort Worth] has going, but they have people that show up and want to see music. It’s easy to get in and out of the venues. The venues really take care of the bands, they are excited to have people there. It’s Lola’s, Magnolia, Tulips, Main at South Side.

When you find a good venue, you want to go back to that venue.

Yeah! They’ve really busted their butts to get great bills together. If I was a touring act, I would want to go to Tulips before I would go to [Dallas].

When you live in North Texas, you have to play around. You can’t play only one town and expect your audience to show up every time. You have to play to new people.

Yeah! I think it’s a good primer for getting on the road. If you can treat Dallas, Fort Worth and Denton like out of town and hit them a couple of times a quarter, then you can create fanbases just like you would on a tour. I don’t think a lot of people – in Dallas especially – really take advantage of the fact that it is practice for getting out on the road. It’s an easy way to do that.

Are you hoping to do more recording with Billy Law or Ottoman Turks this year?

We have high aspirations. Nathan is working on a solo record. We have some Turks songs that need to be woodshed a bit. I don’t know if we’ll get in the studio for that this year, but we’re definitely planning on putting another album out. For Billy Law, I have a lot of ideas about things I want to do. I have a set of songs for the next album ready to go. Hopefully we record that this year. I want to do a collaboration string of EPs with DFW artists to release in between albums. We haven’t gotten started on that. We’re waiting on a studio to be finished. My guitar player’s dad is building a studio.

So, yes, there’s a ton of stuff on the horizon, but none of it [is] immediate, except for Nathan’s album, which I’m pretty stoked about.