This Richardson Restaurant-Meets-Distillery Is Locked In. 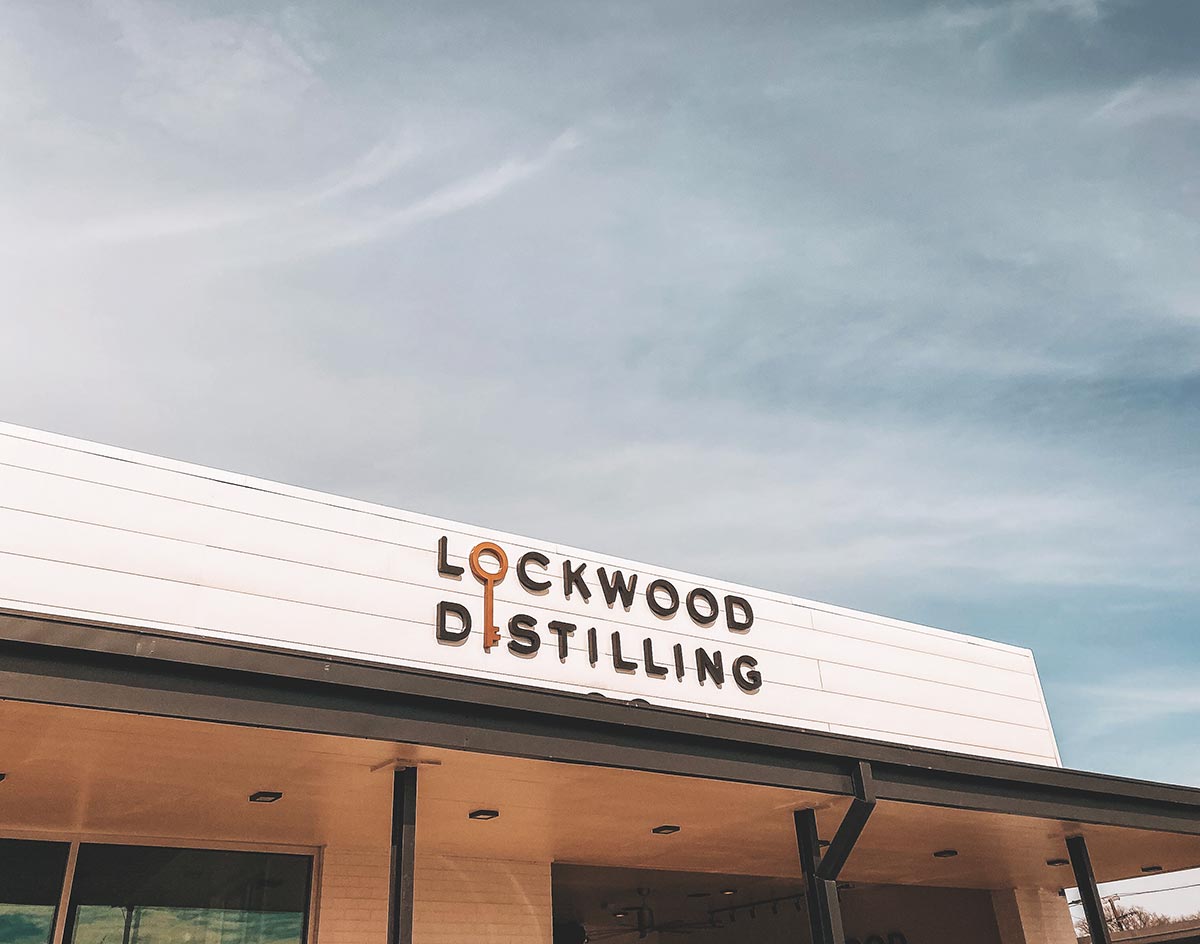 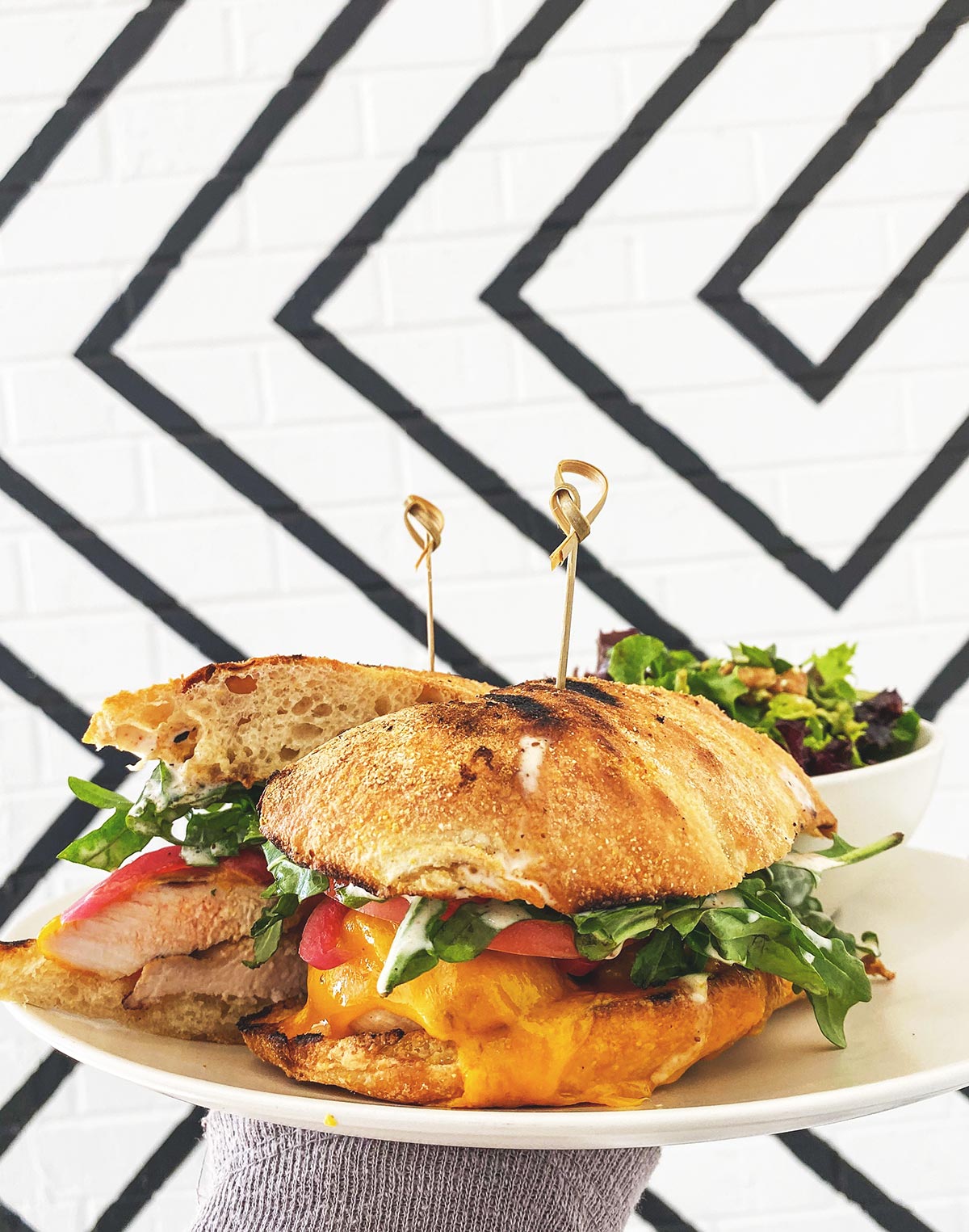 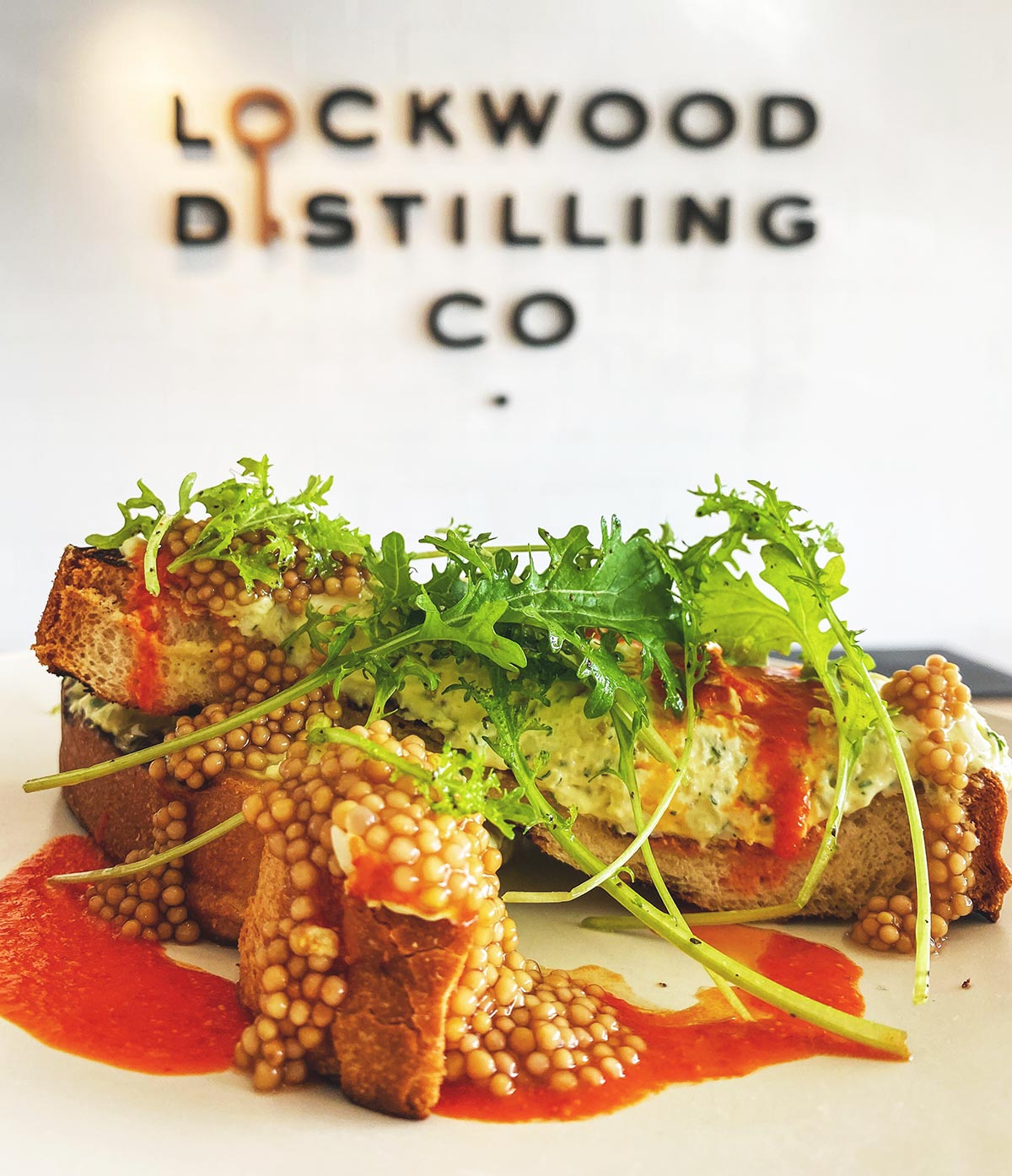 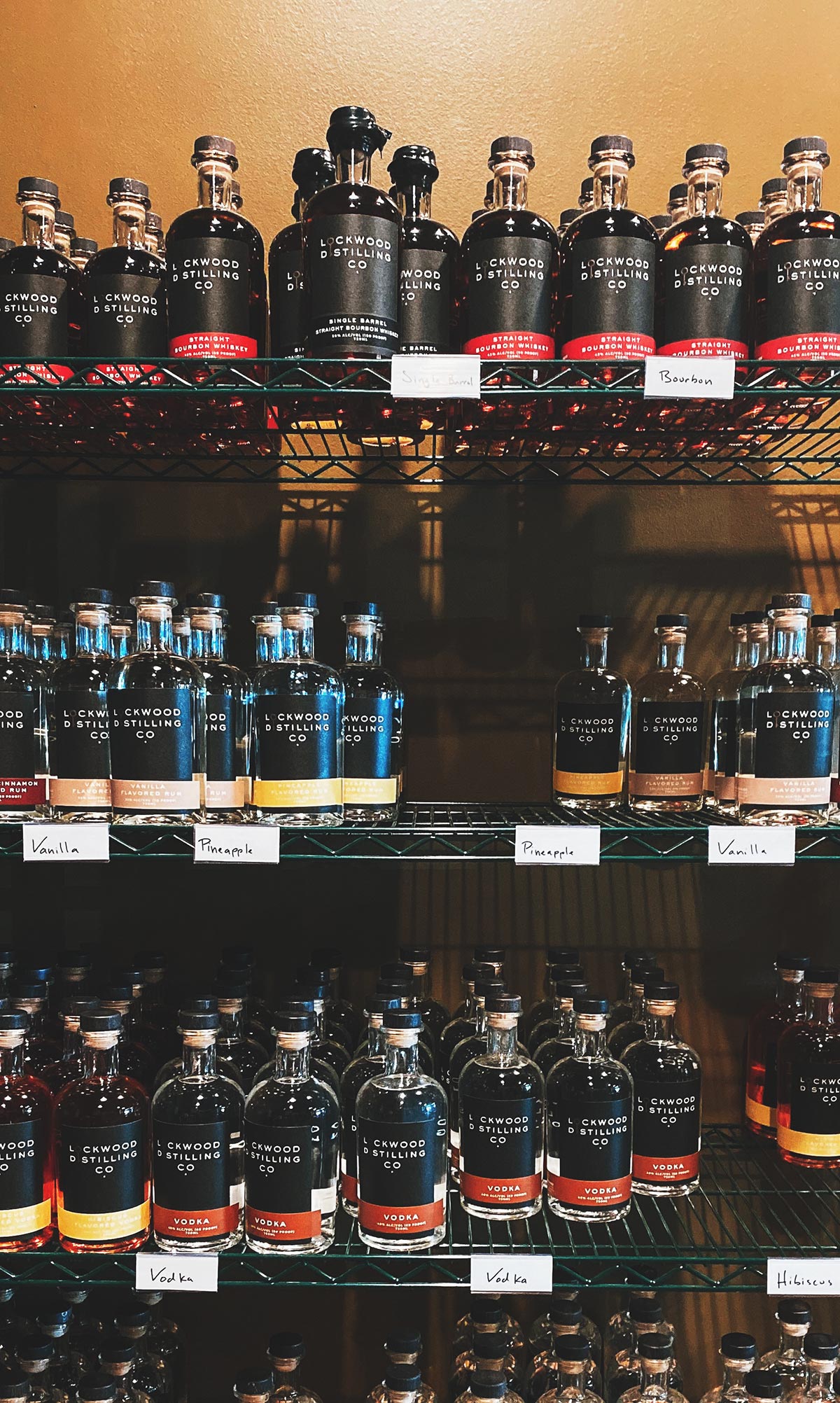 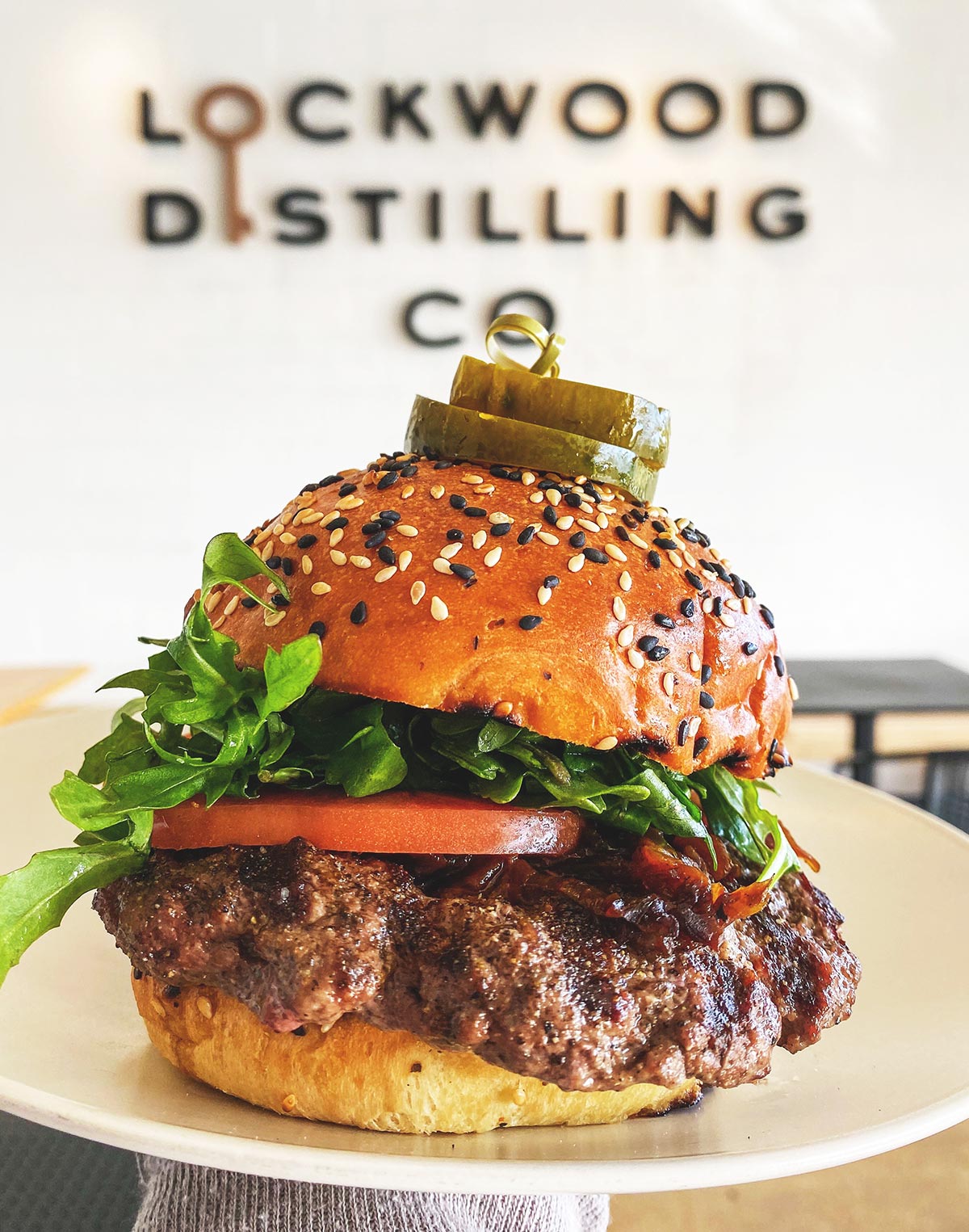 Thanks To Its In-House Distilled Spirits, Lockwood Distilling Co. Is More Than Just The Region’s Latest Neighborhood-Oriented Dining Destination.

In late October, Richardson’s Lockwood Distilling Co. made its anticipated debut in Richardson, where it offers lunch, dinner, Sunday brunch and a full bar — including several spirits they craft in-house.

That last bit is Lockwood’s unique hook. Of course, it helps that Evan Batt, who co-owns the business with his wife Sally, knows a thing or two about the art of distilling booze, having previously been a co-owner of Western Son Distillery in Pilot Point.

The aim with this new spot — named for the 506 Lockwood Drive address is resides at in the north Dallas suburb — is to do more than just wow with its small-batch spirits and the cocktails that such creation affords. Within its 4,366-square-foot, neighborhood-oriented footprint, the Batts also hope to up the food flavor of Richardson’s diverse landscape with a kitchen menu crafted by veteran Dallas chef Justin Box.

With Lockwood Distillery now more than a month into formal operations, we decided to catch up with Evan Batt and learn more about its goals.

Why Richardson?
We chose Richardson because it’s where we live. Well, our address isn’t Richardson — but we are as close as you can get. Our lives are in Richardson, from the YMCA to where we choose to eat out to where our kids go to school. It’s where we spend our time and dollars, so we wanted to invest in the community. One of our favorite cities on the planet is New Orleans, and it’s mostly because of the culture and the people. We wanted to find a piece of Texas where we can drive friendly, communal, positive culture. We’re not trying to be the best thing on the planet; we’re trying to be the best thing in our neighborhood, which is Richardson.

Why now?
Timing was ideal for us, as we have recently wrapped up some projects and were looking for something we could focus on. The City of Richardson is supporting a large change in the area where we are, and we believe we got in early enough to help define the growth and encourage other like-minded community members to contribute.

What’s different about your process at Lockwood?
Our process is special because we have such agility. Because we are small, we can make almost anything and can communicate the differences to guests. We can make a rhum agricole and tell someone about why it’s different. We can make a small run of gin that only has three botanicals and compare it to something with 20 botanicals. We can make a flavor like hibiscus vodka for a single cocktail we want to promote. National trends and massive brands don’t have much bearing on us — other than we can just talk about how we are different. Our still is different than most because it has a gentle heating system, so we can avoid scorching mash or overheating. For most, turning dials to adjust steam is challenging — compared to our system, where we slowly heat the outside of our still with vegetable oil. It holds heat and is extremely efficient.

What misconceptions are you trying to change with your distillery?
Most people truly don’t know how the process works for distilled spirits. But it makes complete sense why it is so foreign; I think it’s because wine reached such popularity and accessibility 20 years ago, and beer-making flourished 10 years ago and is even an extremely popular hobby. Spirits are challenging because you legally can’t make them at home. We want to showcase the process front and center at our facility, and allow people to ask questions and learn about the process.

What can you tell us about your kitchen and menu choices?
Chef Justin Box is one of the most talented people I have ever worked with. His eye for food is amazing. And taste really goes without saying, as you’d expect any chef to achieve great taste. His true talent is making something as visually appealing as it is tasty. We synced visions almost immediately during our first visit; he was wanting to be closer to home — he lives two blocks away — and has been inspired to help lead culinary advancement to Richardson. His specialty is southern cuisine, and that was where we were leaning with our menu. Our goal was approachable and traditional but elevated. Our first disagreement was quickly squashed when I challenged his addition of a tuna melt to the menu: I told him that I just don’t order them because grey tuna stresses me out; he sent me to a place to try an exceptional tuna melt in Austin, and I agreed that it was far better than what I expected. I asked if ours was going to be that good — and he replied, “No, it will be better.” He was right.