The North Texan You Didn’t Realize Won Big At The Tonys. 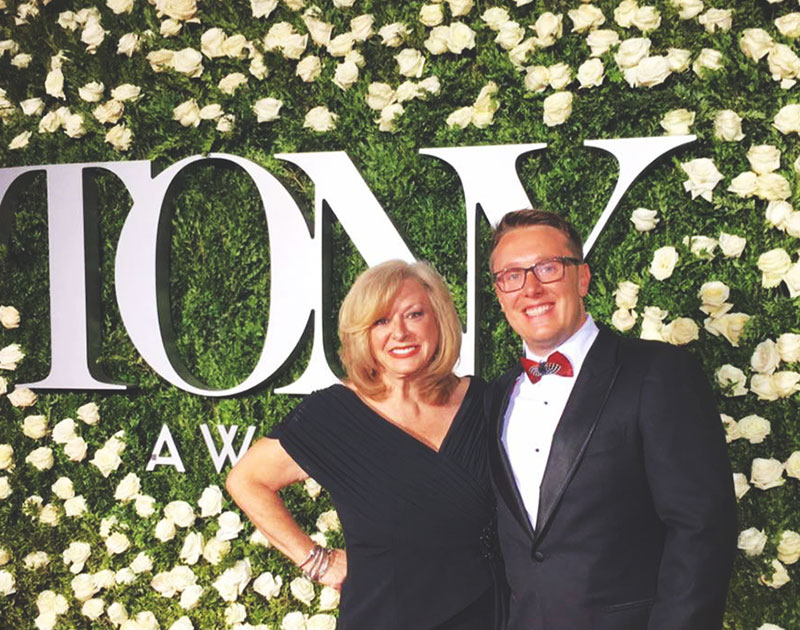 How Does A Duncanville High School Graduate Follow Co-Producing The Most-Nominated Production At This Year’s Tony Awards? By Working With Lin-Manuel Miranda In London.

Dallas straight cleaned up at the Tonys this year — and in a variety of ways, even.

As has been widely reported in the local press, the Dallas Theater Center was honored as the 2017 Best Regional Theater at the awards ceremony held this past Sunday night at Radio City Music Hall in New York City.

And, beyond its local productions, talents produced by the city were also named winners, as two products of Southern Methodist University’s Meadows School of the Arts taking home individual honors: 1998 Meadows graduate Michael Aronov took the award for Best Actor in a Featured Role for his work in the play Oslo, and Andy Blankenbuehler, who attended the school briefly in 1989, was named Best Choreographer for his work on the musical Bandstand.

Hell, even a behind-the-scenes Broadway player from the Dallas area had a hand in some big wins on Sunday. Natasha, Pierre & The Great Comet of 1812, a musical adaptation a portion of Leo Tolstoy’s War & Peace that tells the story of a love affair, redemption and the search for a new start and stars Josh Groban in a leading role, was the most-nominated production at this year’s ceremony. It picked up 12 nominations in categories ranging from Best Direction to Best Choreography, and would go on to win awards in two categories — Best Scenic Design Of A Musical and Best Lighting Design Of A Musical.

Notably, The Great Comet was co-produced by Christopher Ketner, a 2004 graduate of Duncanville High School. Ketner joined the project last June after having helped produced multiple Super Bowl events as well as concert series from the likes of Beyoncé and Carrie Underwood.

When reached by phone this week, though, Ketner acknowledges that attending the Tonys as part of the team behind a nominated production was a thrill unto itself: “It’s my Broadway debut and it was nominated more than any other show,” Ketner says. “It felt like all of my dreams coming true. It was an absolute dream to sit there while Great Comet was called with all the other producers that love the show so much and respect all the designers. To see all of those people — the set workers and costume people — get their incredible work recognized was amazing.”

Despite the show missing out on more wins, Ketner says he’s incredibly proud of the work his team did.

“Of course nominations and Tony awards are great,” Ketner says. “But just being a part of the theater community is a great honor. Being a kid from a small suburb in Texas and making it to the Tonys was just all I could ask for.”

With any luck Ketner could make it back to the Tonys sooner than later, as he plans to continue working on the business side of the theater game. Just last week, he was in London, helping out as Lin-Manuel Miranda, the renowned creator of Hamilton and musical theater’s current go-to maestro, launched an updated take on Studs Terkel’s 1974 musical, Working, at the Southwark Playhouse in London. The goal with that production, Ketner says, is to bring it Broadway within the next two years.

Cover photo of Ketner and his mother on the red carpet at the Tony Awards courtesy of Ketner.