An All-Homeless Choir From Dallas Is Playing Carnegie Hall. 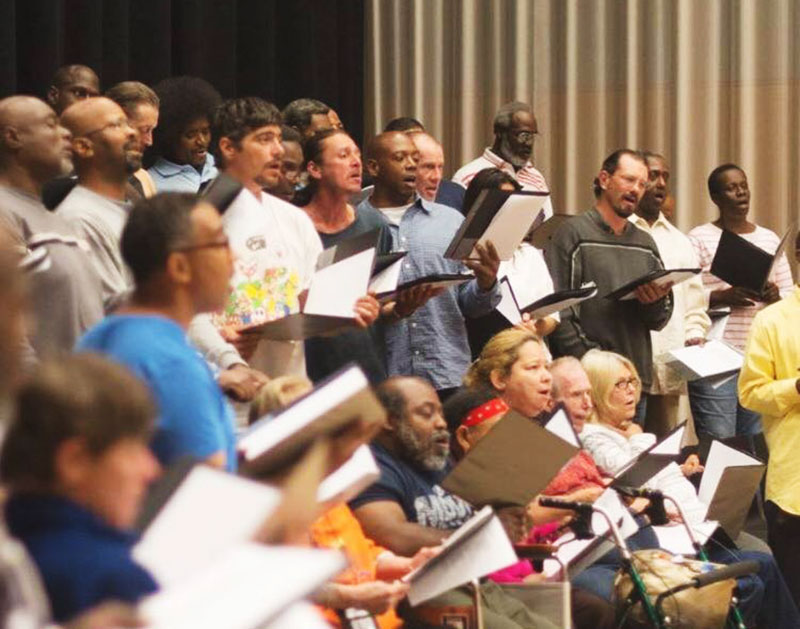 From The Streets To The Stage: When The Dallas Street Choir Performs At Carnegie Hall Tonight, Its 25 Members Will Be Making History.

Tonight, the Dallas Street Choir, a singing group comprised entirely of homeless people from Dallas, will pull off a feat that countless performers dream about but so seldom accomplish: They’ll play the famed and historic Carnegie Hall in New York City.

Even more impressive: The 25 touring members of the group will follow tonight’s performance with a show at the Washington National Cathedral in Washington, D.C., tomorrow night.

The Dallas Street Choir was formed at the Downtown Dallas shelter The Stewpot in the fall of 2015 when a group of homeless people with whom the shelter was working set out to produce a music video set to Miley Cyrus’ “The Climb.” Two years later, the group still exists, thriving with its “homesless, not voiceless” tagline and having attracted more than 1,200 individuals to at least one of its weekly rehearsals.

Tonight, the group makes history as the first-ever choir of their kind to play Carnegie Hall, NPR reported earlier today. The gig comes as a result of an invitation from the storied venue’s Weill Music Institute, which “produces an extraordinary range of music education and social impact programs each season that extend far outside the physical walls of our concert halls,” per its own web site language.

Watching the video that the Dallas Street Choir cut together as part of its formation, it’s safe to say that it shares a similar mission. Check it out: