Things To Do On Tuesday, December 6. 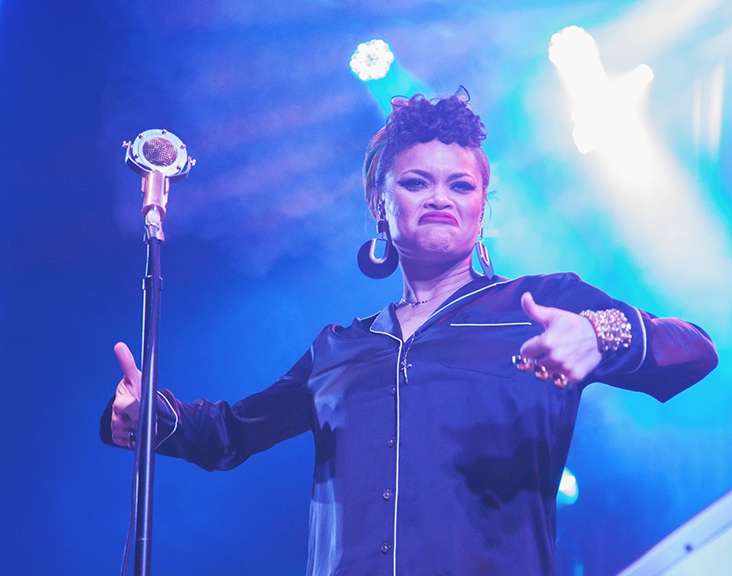 Cheers To The Fall.

For just $60 you can snag a plug-and-play laser projector that makes decorating the house for Christmas one simple step. Point it at your pad and — bam! — it looks like you spent hours meticulously strining lights on that sucker — without any Clark Griswold moments or ladder miscues.

Safe and easy. And really frees up your schedule. We’ve got some ways to fill in those gaps, none of which involve risking your life on the roof. — Cory Graves

How the Edge Stole Christmas at Verizon Theatre
Ironic name for this annual radio station concert, given that it was actually Christmas that recently stole The Edge. That cool cool a long time ago alt rock station may be no more, but it lives on for one last night with Weezer, AWOLNATION, Kongos and a few others taking the stage in their name. — CG

Andra Day at House of Blues
Andra Day is easily recognized as the woman singing “Someday at Christmas” with Stevie Wonder in an Apple commercial last December. Yet, she’s much more than that. She commands the room with her voice that sails on a sea of pink diamonds. Her style is impeccable, and her infectious optimism is authentic. Her debut album Cheers to the Fall was Grammy-nominated for Best R&B album this year. Quite the feat for a rookie, but not surprising at all. — Roberto Aguilar

Sam Outlaw at Magnolia Motor Lounge
After spending a decade as an ad salesman, and only really seriously dabbling in music for the past couple, Outlaw – it’s his mother’s maiden name, for real — released his debut full-length, Angeleno, last year. The stand-out effort was produced by Ry Cooder and features the eclectic Californian lending his legendary guitar prowess to most tracks. Other players on the album include Bo Koster (My Morning Jacket), Taylor Goldsmith (Dawes) and Gabe Witcher (Punch Brothers), meaning that the crisp and tasteful instrumentation on that thing is noticeably impeccable. Since that release, Outlaw’s quit his job and racked up all kinds of positive press, including some especially kind words from Rolling Stone, which not only called Angeleno one of the great unheard country records of [2015], but added that “Outlaw knows he didn’t grow up roping herds, but he proves on songs like ‘Angeleno’ that there’s a little bit of a restless cowboy in even the most die-hard city slickers.” Just for grins, here’s what Sam had to say to us one of the last times he was in town. — CG

Tuesday Night Trash: Roller Blade at Texas Theatre
TNT’s organizers have called the dystopian 1986 flick the most insane thing they’ll have screened thus far in their 95-film run. But wait, there’s more. To sweeten the pot even further, and rev up that holiday spirit, they’ll also be doing another of their War on Christmas Holiday Special Clipshows. — CG

The Sounds at Gas Monkey Bar N’ Grill
Mixing together Blondie’s punk era and Blondie’s disco era are these Swedes, who were biggest in, maybe, 2003, are back at it again. P cool. — CG

Earthless, Ruby the Hatchet at Dada
In simplest terms, Earthless is a three-piece, instrumental psych band from California. — CG

Jay Leno at Winspear Opera House
Help the reason Conan’s show is on cable save up to buy another classic car. — CG

Sad13, Vagabon at Double Wide
Last month, Speedy Ortiz frontwoman Sadie Dupuis released her solo debut. The Malkmusian shredder retains some of the elements of that project here, though she’s not afraid to mix in some pop elements either. She once sang on one of Speedy’s tunes that she’s “not bossy, she’s the boss,” but never is that more true than here. — CG

Cover photo by Heather Abbott. To find out what else is going on today, this week and beyond, check out our event directory.