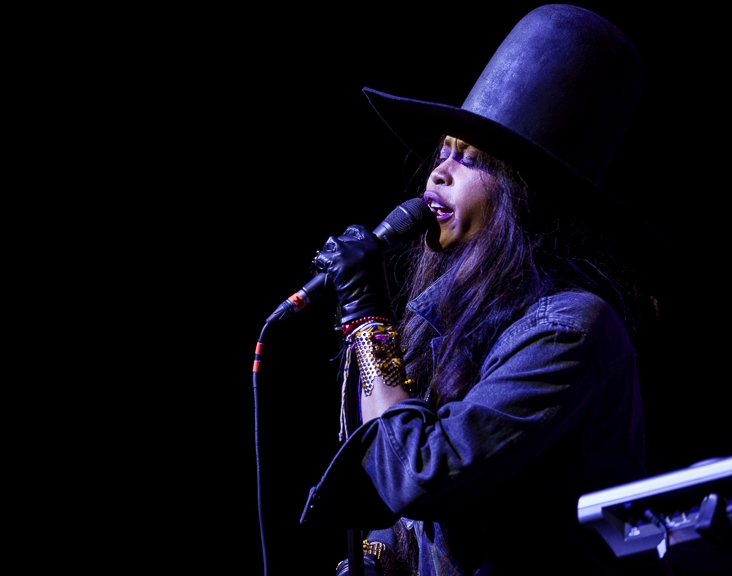 When you’re Keanu Reeves, you do things like say “whoah” in front of cameras because you have nothing better to do.

But you’re not Mr. Reeves. I can tell because not only does your car fail to explode when you drive under 50 mph, but because I know for a fact that you’ve got many, many better things to do.

All Things Muss Pass (George Harrison Tribute) at Granada Theater
An all-star local lineup will join forces to cover George Harrison’s All Things Must Pass in full. Pulling off the feat will be a core band of Paul Averitt, Chad Stockslager, Chris Holt and Mike Richardson, plus several special guests, including Ginny Mac and Camille Cortinas, among others. Just let them roll it to you. — CG

Shane Maus at Hyena’s (Dallas)
Frequent Conan guest Shane Mauss has dropped by every comedy podcast known to man. From You Made it Weird to WTF and Duncan Trussells Family Hour, he’s done them all. He’s even got his own show, Here We Are, where he exclusively interviews scientists. He’ll tell a mix of jokes and funny stories here while standing up in front of the room for the next couple nights. — CG

Joseph at Dada
No one in this Portland folk outfit is named Joseph. It’s just something the three Closner sisters came up with. Their debut record was produced by Bright Eyes’ Mike Mogis, for whatever that’s worth. — CG

Moving Units at The Foundry (Free)
It’s a Joy Division cover band. The opening act, Viktor Fiction, isn’t a cover band, though, just the project of seasoned producer Dave Trumflio, who has helmed projects for Wilco, My Morning Jacket, Built to Spill and Grandaddy, among others. — CG

CinéWilde Presents Y Tu Mama Tambien at Texas Theatre
Though nobody ever seems to talk about it, Y Tu Mama Tambien is totally about bisexuality. And a realistic depiction of Mexican society at the dawn of the 21st century. And bisexuality. A talk with Hispanic LGBTQ activists will precede the screening, and a tapas party will keep the fiesta rolling after. — CG

Deep Ellum Blues Fest at The Prophet
If you’re going down to see The Texas Gentlemen, Matt Tedder, Bobby Patterson, Bnois King and more play Friday, put your money in your shoes. The women in Deep Ellum, they give you the Deep Ellum blues. — CG

KISS at WinStar World Casino and Resort (Sold Out)
Gamble all night and part of every day. — CG

Ronnie Heart, The Parlor, Picnictyme at Double Wide
That’s some real nice Prince-inspired dance funk right there. Everybody’s welcome – except you, Willy. I don’t think your family would approve of your lifestyle/choices. — CG

Bob Schneider at Kessler Theater (Two Shows)
The former Ugly Americans frontman and Austin native, Bob Schneider, passes through our great city once again. Procrastination isn’t advised, but there are both early and late shows, so you can take that extra pre-game drink if needed before that Uber arrives. — Sidney Johnson

Dolemite at Alamo Drafthouse (Cedars)
Someone ask me how I stand on marijuana; very high, baby, very high. How I stand on this 1975 blaxploitation flick? I don’t stand on it, I lay on it. — CG

Beyond the Valley of the Dolls at Texas Theatre
Before he started criticizing other people’s work, Roger Ebert penned this 1970 Valley of Dolls parody. As a nod to the lady band in the film, The Kelly Affair, real life lady bands will play behind the screen after. Those would be Pearl Earl, Rat Rios and Afu. — CG

Deep Ellum Blues Fest at The Prophet
If you’re going down to see Rise & Shine, Lance Lopez, Vincent Neil Emerson, Jimmy Wallace and more on Saturday, put your money in your pants. ‘Cause the women in Deep Ellum they don’t give a man a chance. — CG

Ume at Lola’s Saloon
The guitar-driven heroics of Austin trio Ume are always superb and exciting. Fort Worth staples Duell and Panic Volcanic will set the tone early, and newcomers Ting Tang Tina – a band that features the daughter of Toadies frontman Vaden Lewis – open. — CG

Dim Locator, Barbara Black, Chokey at Dan’s Silverleaf
Says the Facebook event, this one’s recommended for fans of “scuzz-blues-doom-sludge-psych-punk shit and other shit and getting high and shit.” Well alright. — CG

William Clark Green at Granada Theater
Even if you like The Beatles and your boo likes the Stones, you’ll find some common ground at this alt-country show. Rob Baird and Ross Cooper open. — CG

Rick Springfield at Mesquite Arena
You’ll not only get to hear “Jessie’s Girl,” but you’ll be helping fund some Mesquite ISD programs, too. — CG

Gatsby Gala at The Adolphus Hotel
Synonymous with getting decked out and being decadent – and in some circles even debauched – this black tie affair will help benefit folks with intellectual/developmental disabilities. — CG

Texas Independence Day Charity Cook-Off at The Ginger Man (Dallas)
181 years ago next weekend, 59 settlers to this region signed the Texas Declaration of Independence from Mexico. Back then, the area called Texas also included parts of modern day Oklahoma, Kansas, Colorado and Wyoming, and its citizens were known as Texians. Anyway, a charity cook-off is as good a way as any to mark the anniversary. — CG

Mini A-Kon 10 at Premier Event Center
This isn’t some sort of tiny version of the rapper Akon, unfortunately. A-Kon is an annual anime convention held in Dallas, and every year they also hold a Mini A-Kon, a smaller one-day event for a more intimate experience while still having all the fun of a normal A-Kon. This convention will have several panels featuring voice actors, an artist alley and several Japanese vendors and food trucks. — Paul Wedding

Deconstructing The Beatles’ Sgt. Pepper’s at Texas Theatre
A doc looking into how one of the Fab Four’s best albums was made. — CG

Bob’s Burgers Art Show at Barcadia (Fort Worth)
We live in a golden age for animated TV comedies and for cosplaying, so perhaps it’s no surprise that people are actively seeking out ways to combine celebrations of these two easily related things in interesting ways — like, say, in the form of last October’s Rick & Morty-themed art show and celebration at the Fort Worth location of Barcadia, which brought visual artists and cosplayers alike for a night of getting riggety-riggety wrecked, son. That event, as our recap showed, was a very good time — and it was so successful, in fact, that the people who threw that affair are back at it again this month, albeit with a different show being honored this time around. On Sunday, February 26, Barcadia Fort Worth will host “A Good Manchego Is Hard To Find!,” an event being billed as an “extra cheesy” celebration of FOX’s Bob’s Burgers. Following the same model set forth by the Rick & Morty-themed ““Night Of 1000 Ricks!….and Morty,” this affair will feature the Bob’s Burgers-inspired works of some 18 visual artists displayed around the bar, along with music from DJ collective Pop Boy Etc, costume contests and raffle prizes. As you might expect, it will also feature hamburgers. — PF

Beth // James at Dan’s Silverleaf
The alt-folk duo lives in Austin now, but the titular Beth and James met one another while attending school in Denton. I imagine they still have a friend or two stomping around out that way, too. — CG

E.T. at Alamo Drafthouse (Cedars)
Everyone’s favorite alien is back on the big screen this weekend. Join E.T. and a young Drew Barrymore as they bring back the nostalgic fun — riding bikes across the sky and phoning the pint-sized creature back to his home planet. — Chase Whale

Yacht Rock Revue at House of Blues
Get your dick out of your heart. — CG

Oak Cliff Mardi Gras Parade
In its ninth year, the Oak Cliff Mardi Gras is going bigger and better than ever with almost 70 participants and the addition of ticketed bleacher seating along the route. Since we’re in Oak Cliff, skip the popcorn or peanuts and pick up some tacos to go at local faves like La Paisanita or Taqueria El Si Hay to munch on while you watch, then head on over to West Davis St to stake out a spot. — Hannah Steiner

KNON’s 16th Annual Mardi Gras Gumbo Party at Poor David’s Pub
A Zydeco-filled gumbo cook-off featuring where one of the contestants is the chef of the recently shuttered Wayward Sons. — CG

Erykah Badu Presents: Sauceizm, Another Badu Birthday Bounce at Bomb Factory
The other day, Badu celebrated the 20th anniversary of her debut album Baduizm. That feat was noted by Billboard, which ran an extensive oral history on the album, as well as in Essence, which ran a lengthy exclusive interview of its own. The celebration of that album continues this weekend at The Bomb Factory, too, as Badu returns to the venue for her always anticipated annual birthday celebration. The Cannabinoids, Pete Rock, Talib Kweli, Leon Bridges, The Dividends, Durand Bernarr, Zach Witness, Cure for Paranoia, Sam Lao, The Outfit TX, Sandovall and Dj Sheka Booker will perform, as well as the lady of the hour. — CG

Mardi Gras After Party w/ The Big Ass Brass Band at The Wild Detectives
After the parade is the after-parade, which won’t be in a hotel lobby, but will have a big ass brass band and a backyard bar. — CG