Asshat of the Week. 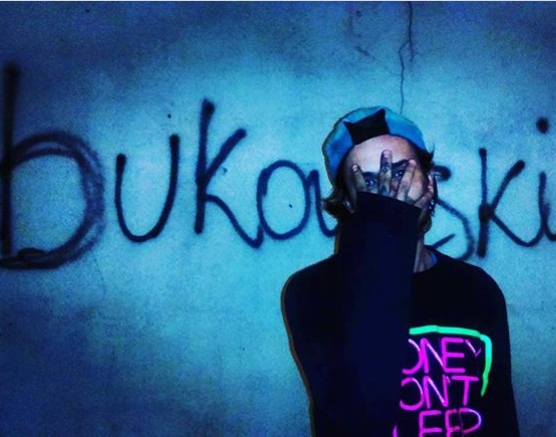 It’s Time To Clean Up Your Act, You Bullshit “Artist” Who’s Tagging “Bukowski” All Around Deep Ellum.

For a while now, ever since your trash tags have started popping up all over Deep Ellum, the staff here at Central Track has been debating whether you’re a really big fan of Charles Bukowski who has just got to let the world know about it, or simply someone appropriating his name for your own “artistic” purposes?

Now we realize we were just giving you entirely too much credit.

You’re just a vandal with lousy handwriting, and everybody is pretty much sick of your shit. 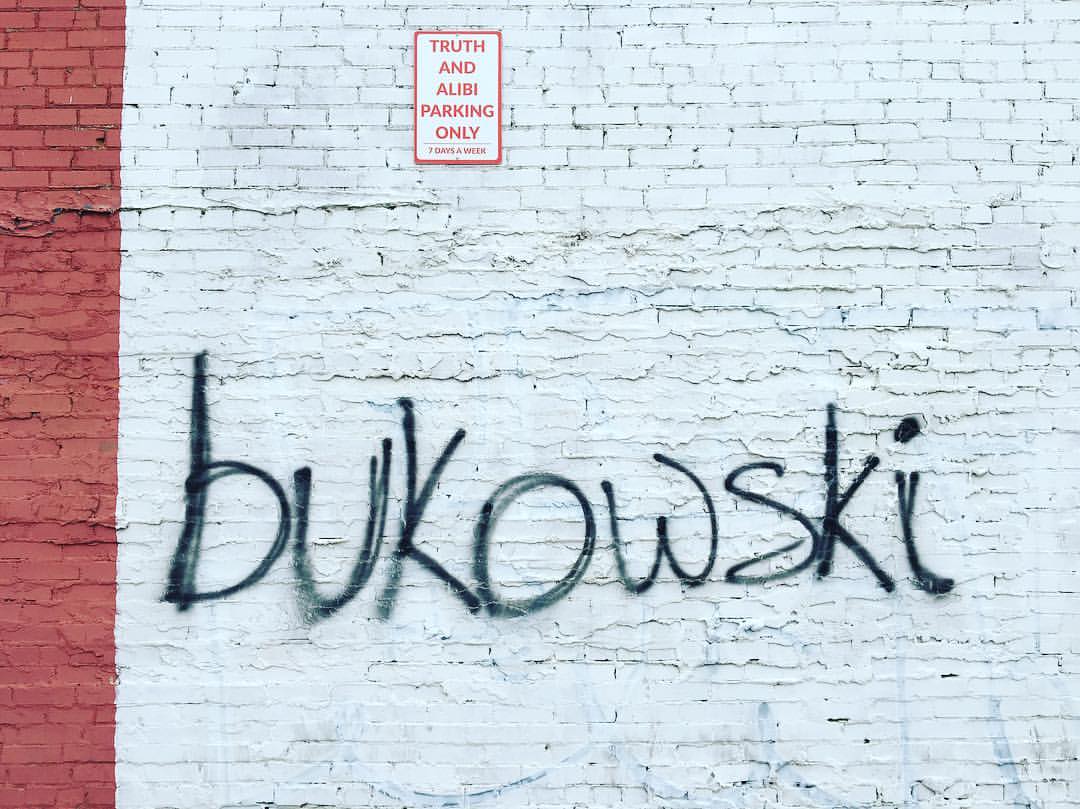 For me, the real shittiness of your act has nothing to do with the fact that graffiti is illegal in Deep Ellum. I myself have illegally done my own fair share of “tagging” down there. But you know what I didn’t do? I didn’t take a photo of myself doing it and post it to my social media accounts. I didn’t name my accounts the same usurped surname I was haphazardly scrawling all over the goddamn place.

That’s because, while I may have some flaws, I’m not a complete dumbass.

I mean, if I could find you in less than 30 seconds of looking, don’t you think that the people who have the authority to slap you with a $500 (or more) fine and/or throw your dumb ass in jail for 180 days can do so, too? 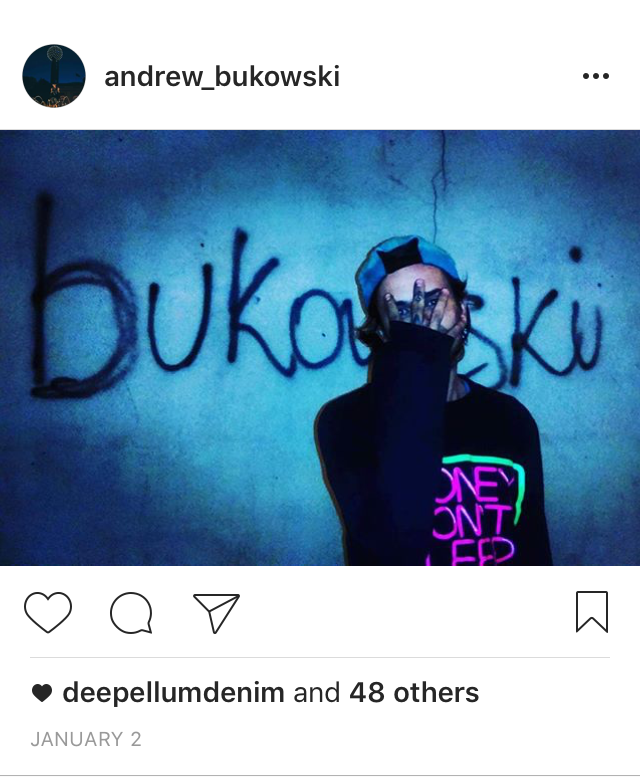 Also, let’s just be honest, your shitty excuse for art certainly ain’t cool enough to do time over.

I guess what I’m saying is this: You’re not an artist, you’re a vandal. And even the worst vandals know not to pose next to their shit. You better believe that can and will be used against you. I can’t believe I’m even having to say this!

If I were you, I’d do a lot of things differently. For starters, I’d reach deep down and use some of that supposed creativity of mine to come up with a good-looking tag. Also, I probably wouldn’t trash up the neighborhood where I claim to work with said tag. I also definitely wouldn’t make the tag easily identifiable as my work. And, this one’s maybe the biggest, I wouldn’t post evidence of myself committing crimes on my social media accounts when those accounts are still set to public.

That above advice is free, Andrew. What isn’t free is the clean-up jobs that business owners are having to engage in to erase your unoriginal little signature, which in some cases has even meant destroying their historic brick facades with power washers.

Not into our advice? Maybe you’ll heed some words of wisdom from the real Bukowski, who once said this: “Great art is horseshit, buy tacos.”

If that’s what he thought of great art, I can only imagine what he would think of your mess.

Say it don’t spray it,
Cory Graves and the rest of the Central Track staff.