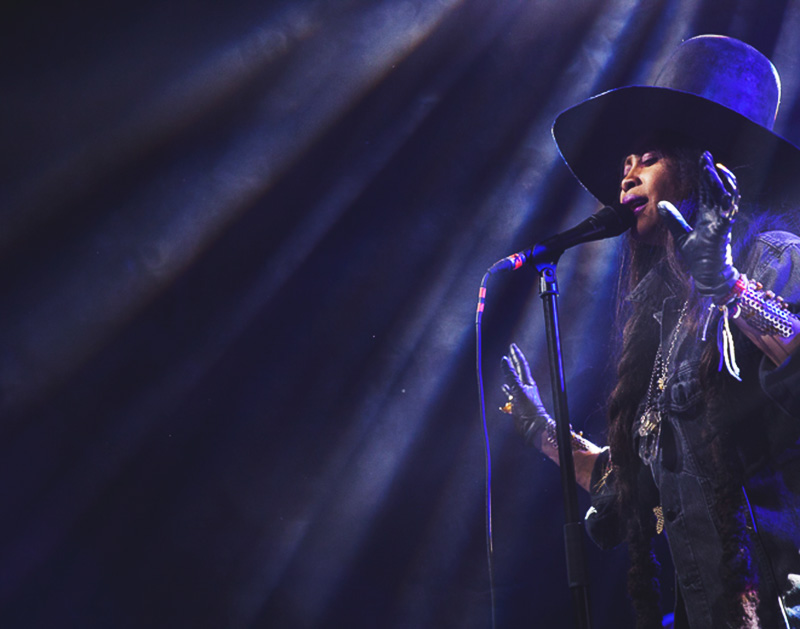 This Week, Erykah Badu Is Gearing Up To Celebrate Her Solar Return.

Erykah Badu’s done a ton of celebrating of late.

Her debut album Baduizm turned 20 a couple weeks ago, and she’ll turn 46 this Sunday. And, make no mistake, she’ll celebrate the latter in a big way with a star-studded birthday bash at The Bomb Factory on Sunday.

In turn, she finds herself atop our weekly, local music power rankings once again — something she’s done more times than anyone. This, her 23rd first-place finish, puts her in sole possession of the most all-time No. 1 finishes — just one win above Leon Bridges. For his part, Mr. Bridges is buzzing this week, too, thanks in large part to his involvement with Badu’s birthday party.

In the two-hole this week is another of the city’s mainstays, the Old 97’s. The boys will release their 11th studio album tomorrow, which they promo’d with a performance on Seth Meyers’ late-night talk show and a Rolling Stone profile.

Maren Morris, Eli Young Band, Kacey Musgraves and Miranda Lambert, meanwhile, all earned their respective slots this week thanks to the ACM Awards nominations they pulled down. And Spinderella got her spot because she took home an award of her own.

Elsewhere: The Unlikely Candidates released their first album since being dropped by Atlantic; Norah Jones led a star-studded Neil Young tribute at the Granada last weekend; Bobby Sessions got a big spread in the Dallas Morning News; and Oil Boom landed another TV placement. 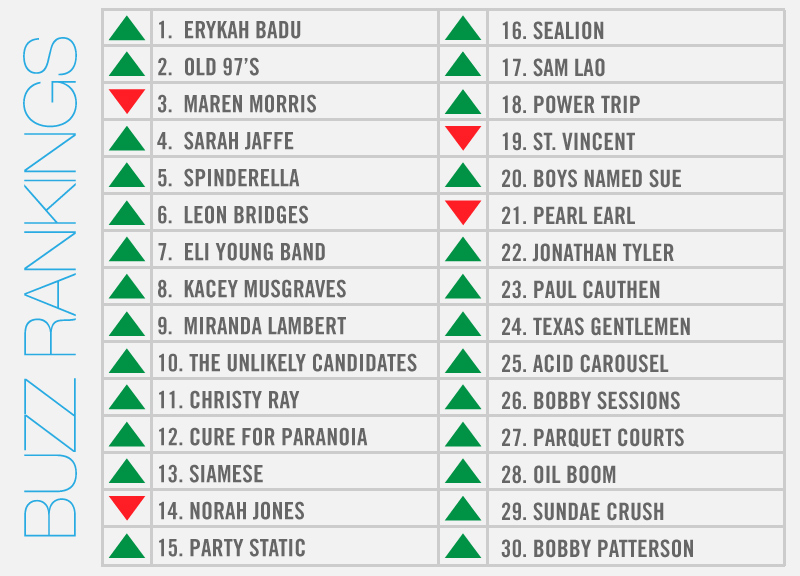