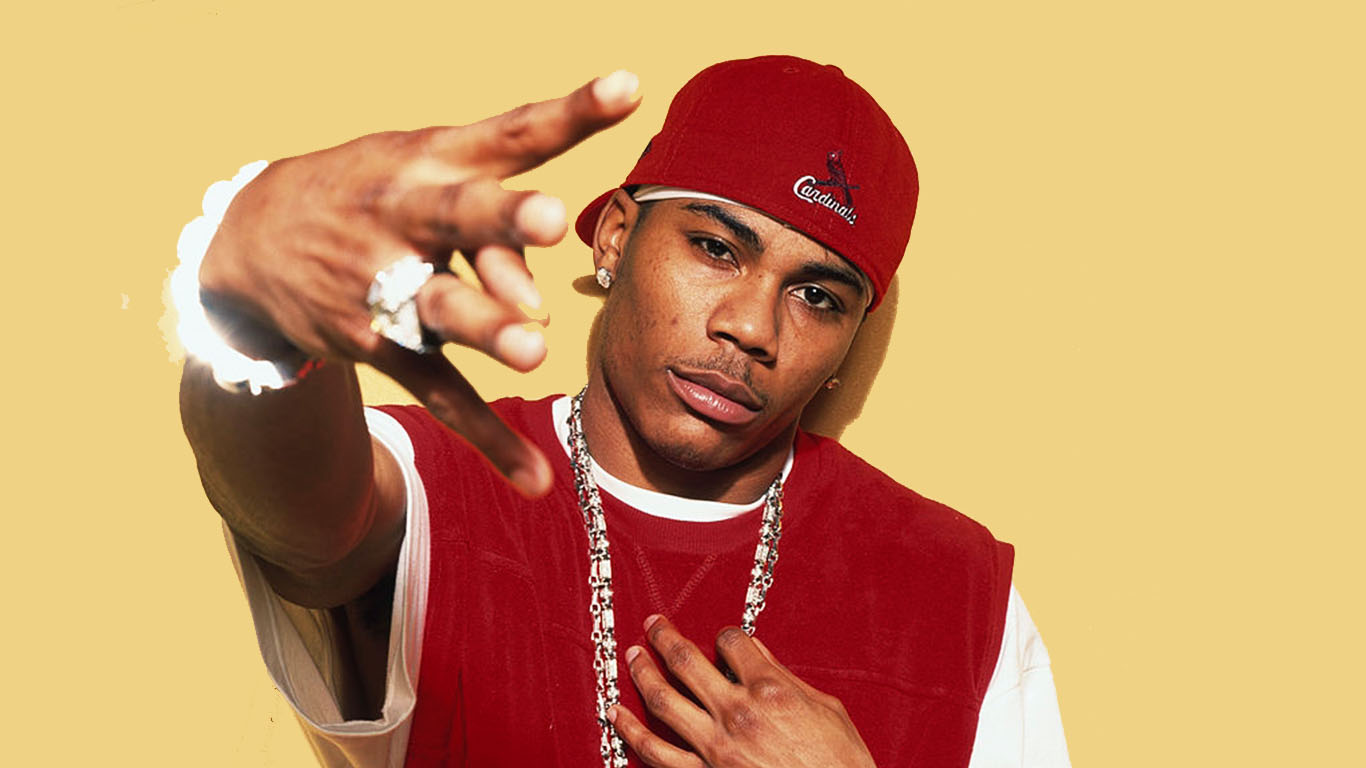 You know thing when you break up with somebody and then a friend will try to console you by saying something like that there’s other fish in the sea? Well, thanks to the global village we all live in now because of the internet there just may be too many fish in the sea. Having more choices means you’ll have to do a lot more weeding now, which says some science-y types overloads our brains and makes us shut down.

Hopefully that theory doesn’t apply when you’re trying to figure out what you’re going to do this weekend, because there are many proverbial fish in that sea as well. We’ve laid several of them out below. — Cory Graves

Friday
Nikki Glaser at Addison Improv
It’s been a good year for Nikki Glaser. She got her own show on Comedy Central, and we hear it’s doing quite well. Go listen as she talks about sex, sex and everything in between. Just watch out for that random polygraph test. — Obed Manuel

Bae Suah at Crow Collection of Asian Art
One of South Korea’s most renowned authors previews her upcoming book Recitations, a story that explores language, traveling and memories. The event is a collaboration between the Crow Collection and Deep Vellum Publishing. — OM

Social Science at Perot Museum (Sold Out)
Explore social experiments and drink at the museum. Did we mention it’s a 21 and up event and child-free? — OM

The Hourly Radio at Three Links Deep Ellum
The Hourly Radio is celebrating the 10-year anniversary of it’s only album, History Will Never Hold Me, by playing a reunion show. Blessed Isles, Shadows of Jets and CLIFFFS open. — OM

Jesus Christ Superstar at Texas Theatre
The 1973 film based on the controversial musical of the same name centers on the events leading up to — spoiler alert! — the crucifixion of Jesus Christ. Ted Neeley, who plays Jesus, will partake in a Q&A after the film. — OM

Denton Independent Motorcycle Show Patterson-Appleton Arts Center
Party motorcycle show, part pop-up art festival, this one is geared to revving up your hard and soft sides at once. — CG

Legacy Fighting Championship 61: Peterson vs. De La Rosa The Bomb Factory
Don’t have AXS TV on your ol’ cord-tethered tube? Guess you’ll have to check out Steven “Ocho” Petterson defending his Bantamweight title against Mark Delarosa in person, then. — CG

Friday on the Green at Magnolia Green Park
Oil Boom will explode crudely in the headliner spot at this month’s edition of the free, family-friendly lawn party. Chucho, Van Cliburn competitor Tomokoi Sakata and psych rockers The Cush make up the undercard. — CG

Daphne Willis at Lola’s Trailer Park
Eric Nadel’s favorite musician performs out in the Fort. Considering he’s got the next few month’s off, there’s a good chance you’ll run into him, too. — CG

Screaming Females at RBC
Screaming Females are one of those bands that just feel important. From the heaps of love their hard-edged punk-infused sound garners, you get the impression we’ll praise them 20 years from now as laying the groundwork for the Next Big Movement in rock history. Time will surely tell, but that hasn’t stopped outlets like Pitchfork from acting like they might be mentioned in a book like Our Band Could Be Your Life someday. Gauche and Thin Skin open. — CG

These Things Will Happen: -topic Benefit Show at Trees
Cure for Paranoia, Dezi 5, Sam Lao, Bobby Sessions, Buffalo Black, Rizzo Blaze, Lord Byron, Dave (The Mohicans) and Alex the Great will offer up performances in hopes of helping -topic buy his future back and get a jumpstart on remaking his sophomore record. (His favorite sweaters wasn’t a record.) — CG

Paschall’s Turns 5 + Andy’s New Stage
Two landmark occasions to celebrate, one location. The Midlake-owned upstairs speakeasy turns 5, and its downstairs counterpart marks the improvements its made since changing hands. — CG

The Faint, Gang of Four at South Side Music Hall
Conor Oberst’s boyhood pals continue making records without him or the boost from his Saddle Creek label. They keep coming through town every few years, too. — CG

Kris Kristofferson at Strauss Square
Kristofferson’s song “Bobby McGee” was not just a huge hit for Roger Miller, who originally performed it, but for several other artists as well. As of the late ’80s, over 450 artists had recorded songs written by Kristofferson. At the ’71 Grammys, three of the five finalists for Best Country Song were Kristofferson compositions. The serious, personal tone of his style helped to reshape country music. He’s as big a music legend as they come. And tonight, Dallas’ own Texas Gentlemen begin their own legend serving as his backing band for the evening. — CG

Ana Popovic at Gas Monkey Bar N’ Grill
The Serbian guitar-thrashing Ana Popovic is quite exciting when she takes the stage. She flies through funk, soul and jazz like a hot katana slicing though butter. Her strong and versatile voice helps carry her band from one jam to another. In 2014, she was the only female guitar player to play with the likes of Buddy Guy, Bootsie Collins and Zakk Wylde in the Experience Hendrix concert. Yeah, she’s pretty badass. — Roberto Aguilar

Joe Ely at Dan’s Silverleaf
Check out one of the Flatlanders performing one of the most famous songs about Dallas from a barstool in Denton. — CG

Keith Urban at American Airlines Center
What is that you say? The reigning king of pop country is from Australia? Huh? His 29 charting singles in the US are a pretty good indicator that the genres fans aren’t as xenophobic as we might have imagined. If we were lesser writers, we might say something like “Keith Urban: Australian for pop country” here, but we’re guessing he’s about as tired of those jokes as Paul Hogan is of people asking him whether or not things are knives. Brett Eldredge and Maren Morris open. — CG

Saturday
JD McPherson at Granada Theater
While McPherson’s roots lay in the same Talihina, Oklahoma area that also gave us Kings of Leon, the two acts couldn’t be any more different. Not only is he not a raging douchelick, McPherson’s retro revivalist catalog leans more in the Buddy Holly direction. — CG

Dallas Coffee Day at Life in Deep Ellum
Ten local roasters, tastings, cuppings, a caffeine-addicts dream. Except maybe not, I mean, you gotta sleep to dream, am I right? — CG

Nightmare on Elm Street Marathon at Alamo Drafthouse (Richardson)
Freddy Kreuger’s terrifying line “Never sleep again” gets literal with this all-night marathon. $20 gets you all seven original Nightmare on Elm Street movies, starting with Wes Craven’s groundbreaking 1984 original, all the way to his satirical riff New Nightmare a decade later. You’ll get the homoerotical hilarity of the second film, the horrifying drug addiction references of the third film, and all the rest. What a deal! — Kip Mooney

BrainDead Brewer Tour: A Disc Golf Tourney at Founders Park Oak Cliff
Kinda like a brewery tour, but a whole lot more like a drunken game of disc golf. — CG

Monolithic Dome Institute Open House
Ever wondered what the inside of that giant roadside caterpillar on I-35 looks like as you drive past on your way down to Austin. Welp, here’s your chance to find out. — CG

CT Resurrection Party at RBC
Our website’s getting revamped and we’re pretty pumped about it. For one thing, it should mean a vastly improved mobile experience. It also means we get to throw a party with Penguin Prison, DJ Sober, Herrick & Hooley and Ronnie Heart. — CG

Five-Year Anniversary at Goodfriend
Where would Casa Linda be without the Goodfriend dudes? The live bands and special craft beer tappings on hand for the day will try not to hipster you today, bro. — CG

The Octogon Dallas Qualifier at Oak Cliff Cultural Center
A freestyle b-boy competition where the winner earns a trip to compete in the world finals in New York next month. — CG

Nelly at State Fair of Texas
When Nelly came out and said he was broke earlier this summer, somebody did the math and figured up it’d take more than 287 million streams of “Hot in Herre” to get him out of debt. After this free State Fair performance that figure should bump down by a handful, too. — CG

Cattle Baron’s Ball w/ Toby Keith, Dwight Yoakam at Gilley’s Dallas
Got an extra $200,000 laying around? You, too, can catch this highfalutin country show. — CG

Echo & the Bunnymen at House of Blues
The “Lips Like Sugar” rockers relive the ’80s — in a good way. — CG

Lauren Daigle at The Bomb Factory
The Grammy-winning Christian rocker comes to save Ellum’s tatted up lost souls. — CG

Goldthwaite Music Festival at Boot Jack Ranch
Camp out with Jonathan Tyler, Sweet Spirit, Somebody’s Darling, Paul Cauthen, The Dexateens and more, out where the phones don’t work so good, and where your ticket dollars will go to helping charity. Who is bringing the s’mores? — CG

“Out of Body” at LEVEL Gallery
Artist and designer Seth Damm joins fashion illustrator Ruben Burgess Jr. and stylist Kj Moody for a multi-faceted experience involving sculpture, installation, illustration, photography and a performance by current The Voice contestant Dana Harper. This exhibition will appease the eyes, and other sensory delights. — Khadijah Grimes

Soulja Boy at Premiere Event Center
Ooh, Soulja Boy, tellem how to get to Lewisville. — CG

Sunday
Highly Suspect, Slothrust at Trees
Slothrust is a Brooklyn-based power trio of classically trained musicians that met at Sarah Lawrence and has a really stupid name. But they are amazing. Crunchy, heavily blues-influenced riffs, sardonic, word-play filled lyrics and just enough noise — Slothrust has the whole thing and it’ll really show when it opens this one. — Stephen Young

The Mowglis, Colony House, Dreamers at Cambridge Room
The Mowgli’s are seven individuals from Southern California, united in their overwhelming desire to make people happy. As such, the band’s harmony rich alt-rock tunes just ooze with optimism and positivity. Come on, get happy and, y’know, forget about your troubles and your strife. — CG

Chance the Rapper at The Bomb Factory (Sold Out)
Chance don’t need no record deals to top the charts with his self-released “mixtapes” or to land SNL performances or to sell out big shows in towns he’s not from. Dude’s huge. And super-talented, too. — CG

Bad Religion, Against Me! at House of Blues
This weekend, the iconic San Fernando Valley punk band Bad Religion will offer up a batch of the same notorious, anti-authoritarian, political and religious tunes that they’ve been playing for over 30 years now — some serious music, if ever there was any. Against Me! opens. — Heather Abbott

Bolshoi Ballet: The Golden Age at AMC NorthPark 15
For one day only, one of the world’s oldest ballet companies will beam its The Golden Age production to theater’s across the country. This is one such theater. — CG