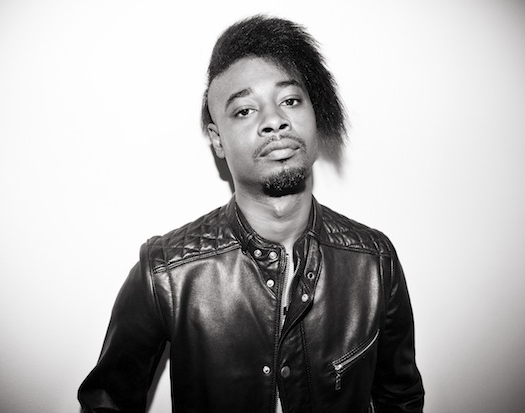 For the entire month of October, Atlas Obscura is publishing tales of folks that basically have come back from the dead. Like this one, about a Swedish woman who survived the lowest body temperature ever recorded after, essentially, becoming frozen after a skiing accident.

But unlike these 31 Lazaruses, you probably won’t get a second chance at this thing we call life. So, you’ve got to make the best of it the first time around. That can be easily achieved with a little planning.

Monday (10.17)
$21 Pet Adoptions at SPCA of Texas Dallas
Sponsored by Cowboys running back, No. 21, Ezekiel Elliott.

The Nopes at Three Links (Free)
Now you’ve heard of it.

Firing Squad Comedy at Houston Street Bar
An open mic where no prepared material is allowed.

The Nirvana Experience at Trees
Celebrating the 25th anniversary of the infamous Nirvana show.

Machine Gun Kelly at House of Blues
One bad motherfucker.

Majid Jordan at South Side Music Hall
Make it work.

Nicolas Jaar at Granada Theater
Presented by Gorilla vs Bear.

Bryan Cranston: My Life in Parts at SMU
Say his name.

Lewis Del Mar at The Prophet Bar
Live that long.

Cherub at House of Blues
Doses and mimosas.

Shaun of the Dead Movie Party at Alamo Drafthouse (Cedars)
A romantic comedy. With zombies.

Friday (10.21)
So What?! Fall Edition in Deep Ellum
With Acceptance, Hatebreed, Devildriver, and dozens more.

Texas Gentlemen and Guests at Adair’s
Performing the music of Guy Clark.

Selena Night at Crown and Harp
Como me duele.

RX Bandits at Gas Monkey Bar N’ Grill
Only for the night.

“Prelude” at AT&T Performing Arts Center
A preview of Aurora 2017.

Stand-Up Comedy Battle of the Sexes at Black Box Theatre
Comedy from both Venus and Mars.

“Art of the Guitar” at Kettle Art
Shred it.

Sunday (10.23)
So What?! Fall Edition in Deep Ellum
With Balance & Composure, The Rocket Summer, Foxing, We Came as Romans and dozens more.

T.I.P. and 2 Chainz at The Bomb Factory
Bring ’em out.

Hari Kondabolu at Sons of Hermann Hall
Laugh it up.