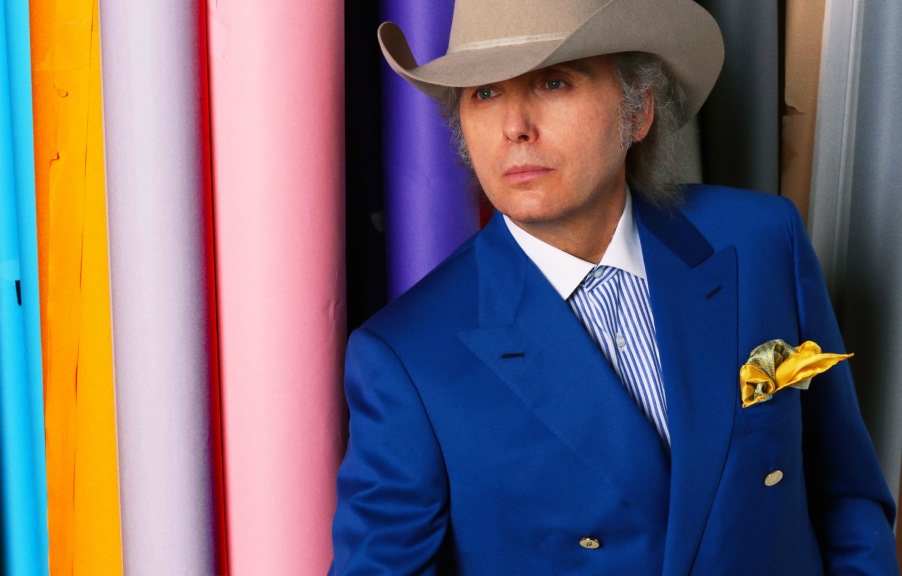 Earlier this week, a woman in Australia woke to a 16-foot python stretched across two rooms in her home. Yikes!

Even scarier? There was evidence the thing had been covertly slithering around her home for 10 friggin’ years! Double yikes!

Point is, not even staying in is a safe option this weekend. You never know what’s lurking just around the corner. Get out while you still can! — Cory Graves

Friday
Vans Warped Tour at Gexa Energy Pavilion
I understand the appeal, trust me, I do. Get ready because the year’s biggest pop-punk fest is back and still kicking like it’s 2001. — Calvin Cashen

Dwight Yoakam at Strauss Square
Country icon and current torch-bearer for the Buck Owens-pioneered Bakersfield sound, Yoakam, will be doing his thing under the stars at the AT&T PAC’s outdoor venue. RIYL guitars, Cadillacs and/or hillbilly musics. — CG

Pauly Shore at Hyena’s (Plano)
That’s right: our favorite ’90s weasel is kicking off a three-city tour of North Texas tonight. So why not head out to one of his shows and ask him to “wheeze the juice,” or whatever? We’re sure he just loves that. — Erika Lambreton

John Carpenter at Majestic Theatre
The man, the myth and the legend John Carpenter, who’s responsible for Halloween, The Thing, Escape from New York and a slew of other films steps into Dallas to perform memorable theme music from his films as well as new material he’s composed. The man has terrified people for over 40 years, now it’s time to bob some heads instead of chopping them off. — Sidney Johnson

Substance at Granada Theater
Opening for this New Order tribute is The Siouxsies, a tribute to — you guess it! — Siouxsie & the Banshees. — CG

The Dividends at Trees
For its first-ever headlining performance at Trees, the Grammy-winning S1 and Sarah Jaffe collab will release its first album. DJ Sober and Sam Lao also perform. — CG

Elm Street Tease at Three Links
Elm Street Tease spotlights the art of burlesque performance throughout the years; from the Golden Age of Burlesque to contemporary neo-burlesque. — CC

The Emerald Party at QUILL
If you’re in the Oaklawn area this Friday, the newest addition to the Apheleia Restaurant Group, Quill opens it’s doors for the first time. Don’t forget to wear you’re green attire. —SJ

Dallas Art & Tattoo Expo at Fair Park
Your sweet grandmother may not approve of the grilled cheese sandwich tattoo you got when you were 15 shots deep, but the artists at this event won’t judge. Some of the best artists in the country will convene at the two-day “inkapalooza” this weekend. If you’re an ink addict, this is the place for you. — SJ

Commerce Street Night Market at Alta West Commerce
Ring in the weekend the right way with this local vendor and art market. Little D Markets’ first ever monthly night market will support the local purist in you. Indulge in live entertainment and pop-up classes every week starting this Friday. — CC

Cinderblock Sessions: Abraham Alexander at A Secret Location
In spite of raising $10K via crowd-funding to get right with the city and keep these live sessions going, Cinderblock’s still got to put in a parking lot before becoming totally legit. So this session will go down at an undisclosed location that’ll only be shared with you once you RSVP at the link above. — CG

Bulls, Danny Diamonds, Wolfs, Cool Jacket at Lola’s Saloon
You can distinct a noise band from a conventional alt-group by the number of effect pedals it plays with. It may be an accessible genre, but don’t think for a second that alt-pop can’t mingle with noise rock’s speed and intensity. Noise rock won’t be the only genre represented at this four-act bill; alt-pop will be a prominent sound, too. — CC

Social Science: “Curiosities” at Perot Museum of Nature & Science
Ever wondered how museum curators decide which exhibitions they will host? Well, if you have, this after-hours event will explain. Drinks will be available, but tickets to these monthly adults-only nights sell out every time. — SJ

Jacob Whitesides at Cambridge Room
The 18-year-old singer, songwriter and Double U label owner will serenade the ladies with his newest single, “Lovesick.” The teenie bops will have a field day with this one. — SJ

Cazzette at Avenu
The cassette tape is slowly making a return as a niche commodity. Cazzette is making its own return; to Avenu, no less. The Lizard Lounge regulars will perform with their trademark cassette tape helmets in Uptown this time around. — CC

Saturday
Xtreme Knockout at Gas Monkey Live
Dallas’ No. 1 MMA promoter, Xtreme Knockout hosts the event, bringing you face to face with fighters in the Metroplex. Steph Curry’s mouthpiece is expected to make an appearance. — SJ

Fight Club at The Bomb Factory
Well the first rule of Fight Club is being broken, sorry Mr. Durden. Mike Alvarado and Josh Torres will duke it out while you cheer on two men in a cage beating each other till one drops or submits. — SJ

Jack’s Throwback 2016 at South Side Ballroom
Jack FM has made a name for itself by playing what it wants. This weekend, what it wants is to hear 18 classic rock tribute bands on three stages. — CG

South Elm Block Party at Denton Plaza
Denton Plaza is hosting a day-long block party with amenities fit for the summer season, as in food, music, art and the like. — CC

QueerBomb Dallas at RBC
The LGBTQ community has come a long way since the legalization of same-sex marriage last summer. In light of the recent tragedy in Orlando and to celebrate national LGBTQIA Liberation Day, Queerbomb will hold an all ages music festival and parade through Deep Ellum. Embrace equality starting at noon. — CC

Femmebomb at Double Wide
In conjunction with QueerBomb Dallas, Planned Parenthood is hosting Femmebomb; a celebration of all things female. Similar to QueerBomb, FemmeBomb is all about creating a an equal space for gender and identity. — CC

Art Fest at Mother Truckers
Mother Trucker’s is holding its first annual art show this Saturday, complete with outdoor display booths and a plethora of other activities. Truck yeah! — CC

Reunion Lawn Party at Reunion Tower
We may be reaching triple digit temperatures, but that doesn’t mean Dallas’ summer mood is any less alive. Reunion Tower’s summer lawn party is fast-approaching despite the sweltering heat. — CC

Naytronix at Crown and Harp
Nate Brenner, or Natyronix, takes time from his busy schedule touring as a member of tune-yards to bring the experimental pop flavor to town for the rug-cutters out there. The newest album Mister Divine should have us all groovin’. — SJ

Alexander Jean at The Prophet Bar
Mark Ballas was once a competitor on Dancing with the Stars. After that stint, Ballas formed a musical duo with is romantic partner, BC Jean. The couple perform blissful folk under the moniker Alexander Jean. The two will showcase their collaborative talents this Saturday. — CC

The Dolan Twins at House of Blues
Ethan and Grayson Dolan are YouTube sensations with a load of subscribers; just under 2 million. The 16-year-old’s partake in the comedic side of the video sharing website and seem to film, almost, everything they can, such as Grayson’s wisdom teeth getting pulled. — SJ

Lake Street Dive at Fort Worth Botanic Garden
The classically-trained jazz musicians will dabble in ’60s-style rock, soul and R&B alongside the Fort Worth Symphony. — CG

Lee Bains III & Glory Fires at The Foundry (Free)
Lee Bains and his thick Alabama accent will kick this one off with an unmistakably southern brand of garage rock. For a guaranteed good time, take a shot of something stiff every time he jumps off the bass drum mid-song. — CG

Bruce Robison & Kelly Willis at Kessler Theater
Wonder how long ago the married country performers got tired of being called things like “adorable” and/or “sweethearts.” Their relationship status aside, the duo are each pretty qualified songwriters in their own right, penning hits for acts like The Dixie Chicks over the years. — CG

Pride Month Burlesque Show at Texas Theatre
Celebrate pride month with burlesque dancers performing energetic dance routines and drag performances. Tickets start at $20, but an extra $5 will get you front and center in the VIP section. — SJ

Way Gay Sing-Along at Alamo Drafthouse
Boots, hair, Queen! Alamo is having its “Way Gay” sing-along for Pride weekend. Confetti and glitter will fall and you’ll be on the edge of glory with Lady Gaga, George Michael and so many choreography filled videos. — Diamond Victoria

The Dan Band at House of Blues
The Los Angeles nightlife scene staples The Dan Band first hit the national radar after appearing in a handful of Todd Phillips comedies. Dan Finnerty and his band of cronies rely almost solely on their one bit of re-appropriating female-fronted pop songs, most notably their f-bomb-laden rendition of “Total Eclipse of the Heart” that appeared in 2003’s Old School. — CG

Gin Blossoms at Celebration Park
Are the Gin Blossoms Arizona’s version of the Toadies? Think about it: They had one massive radio hit in the early ’90s, “Hey Jealousy,” followed by three just-as-good-but-not-quite-as-popular singles in the next couple of years. They broke up in 1997 and re-formed in 2002 with most of the core members returning and released three albums most folks outside of the region have never really given much of a chance to. Anyway, both play in town this weekend. — CG

Sunday
Toadies Beer Launch at Martin House Brewing
Martin House Brewing Co. is hosting the Toadies’ Hell Below/Stars Above beer launch. The event features the debut of the breweries recent collaborations with Toadies, the Hell Below strong black ale and the Stars Above sour ale brewed with raspberries — as well as a concert by the band. Tickets are still on sale for the event, with doors opening at 4 p.m. — Porttia Portis

Pauly Shore at Hyena’s (Fort Worth)
The Wea-sle ends his tour of the Metroplex in Fort Worth. — CG

Jalapeno Half Marathon at Panther Island Pavilion
This event kicks off with a 5K marathon under the scorching heat and concludes with a post-race jalapeno eating competition. Are you game enough? — CC

Daikaiju at Three Links
Daikaiju describes itself as follows: “Premium action heroes deliver most high rocket music! Special reverb skill combo for full impact! Loud sonic boom for earful pleasure! Beautiful radiation of hyper-dimensional springy sound creates divine psychic wind for your special defense! Worship Psycho-surf band Daikaiju daily for good luck and health!” Listen: When a band’s own website describes the groups work in terms that can be best described as stoner Chinese-restaurant menuese, you can expect to be in for a pretty weird night. Anticipate a loud, reverb-drenched set with plenty of show-offy instrumentals from this mysterious, masked Alabama quartet, that literally set Three Links’ back patio on fire once upon a time. Sealion and Loafers open. — Stephen Young

Lone Star Circus at Levitt Pavilion
Dalllas has a circus school in it. And its students are doing hella acrobatics and clown shit at this pair of free shows. — CG