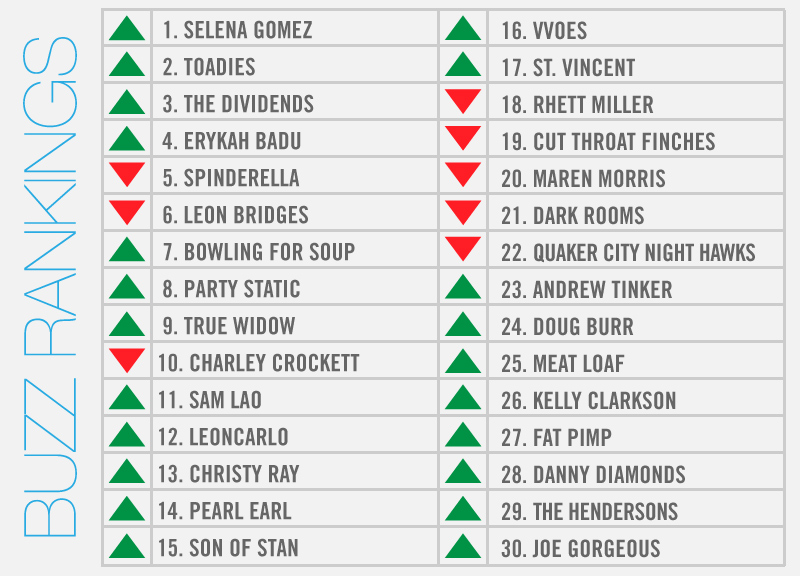 This Week, Selena Gomez Went Along For The Ride.

In spite of releasing two separate albums that both hit No. 1 on the Billboard 200, Grand Prairie native Selena Gomez has somehow skated through her entire 23-year-old life without ever topping our weekly, local music power rankings. Say what?!

But after headlining the AAC last weekend and then joining James Corden for the latest edition of his perpetually viral Carpool Karaoke series, she's finally done just that. But why would she want to?

Just behind her this week was six-time Buzz champs the Toadies, which will launch two namesake beers this weekend courtesy of Martin House Brewing Company. In honor of Hell Below and Stars Above, its third and fourth brews from Martin House overall, the band also performs at the brewery this weekend.

Not far behind them was The Dividends, with a combined 15 Buzz No. 1's between them. The duo of Sarah Jaffe and Symbolic One headlines Trees for the first time this weekend on the strength of the long-anticipated debut album they'll be releasing at the show.

Elsewhere: St. Vincent is one of the faces of the new Marc Jacobs campaign; Bowling for Soup is headlining a free Bomb Factory show tonight; True Widow rocked the Oak Cliff Film Festival; and Sam Lao released the best album of the year so far. 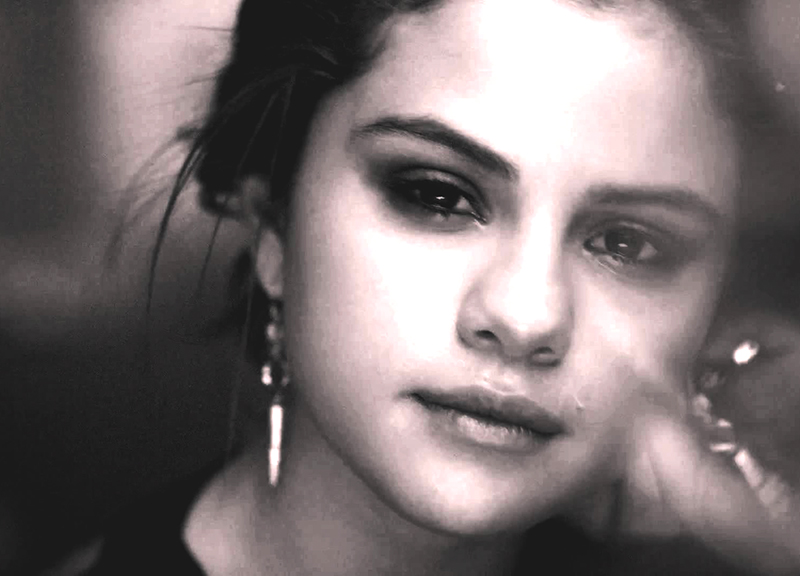