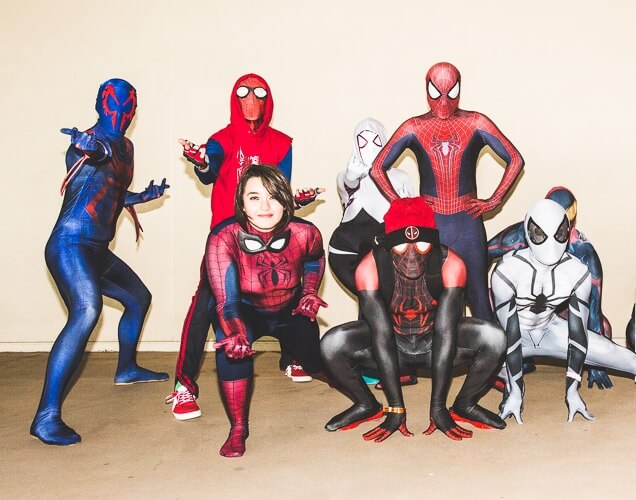 Have a Marvelous Time.

If you’ve got 15 minutes to spare, you can learn one random fact about every country in the world — all 195 of them. Did you know that in Bulgaria they nod their heads up and down to mean no and shake them left to right to mean yes?

And if you’ve got 45 seconds, you can plan out the next seven days of your life using nothing but the list below. Did you know that you can be a part of a Guinness World Record just by throwing on your Halloween costume?

New Math Mondays: Ladies Takover at Off the Record (Free)
They ain’t fellas (but girl DJs).

Dallas Cowboys vs. Detroit Lions at AT&T Stadium
Are you ready for some football?

Zaxby’s Heart of Dallas Bowl at the Cotton Bowl
UNT vs Army Westpoint.

Wednesday (12.28)
GoGo and Gritz Party at The Prophet Bar
Shaun Martin and RC Williams bands jam it up.

Vision Board Party at Crown and Harp
Make it happen.

Mannheim Steamroller at Bass Hall
Do you hear what I hear?

SoMo at South Side Ballroom
Ride.

Robert Earl Keen at House of Blues
Merry Christmas from the fam-o-lee.

Seryn at Kessler Theater
Their last show ever.

Friday (12.30)
Cool Out at Dada
Dallas’ leader in strange games and funky thangs.

Lights All Night at Dallas Market Hall
With Above and Beyond, ZEDD, A$AP Ferg and more.

Marvelous World Record Attempt at Sheraton Dallas
An attempt at the most guests in cosplay at one event.

Ishi at Trees
Shake your dandelion.

Vandoliers, Sealion, Loafers, The Warden at Dada
Surf and turf.

Ron White at WinStar World Casino and Resort
They call him Tater Salad.

Cover photo by Yohan Ko. To find out what else is going on today, this week and beyond, check out our event directory.