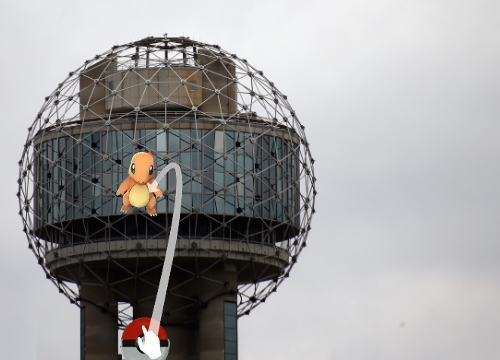 Be The Very Best.

If you’re anything like, well, pretty much most of the people in our Facebook feeds, you’ve downloaded Pokemon GO several days ago, and are well on your way to catching them all. It’s been long enough that you’ve probably hit Level 5 by now, too, making you eligible to start hitting the gyms and doing battle.

Before doing that, however, you’ll probably want to study up on what the best fighting strategies are. You might also want a refresher on which poke-elements supersede others.

But before any of that, you might want to go ahead and plan out the rest of your week. Lord knows that game is a real battery drainer, and who knows when you’ll get another chance to peep the list below.

Tuesday (7.12)
The Band Wagon at The Magnolia
Jump on.

Demon Wind at Alamo Drafthouse (Richardson)
There’s something deadly in the air.

Ace Atkins at The Wild Detectives (Free)
Reading from The Innocents.

Aesop Rock at Trees
As in not A$Ap Rocky.

Vegan Drinks at Barcadia
No animals will be harmed.

Slightly Stoopid at South Side Ballroom
The smart choice.

Dallas Stars Party in the Park at Klyde Warren Park (Free)
Jam out to Jonathan Tyler alongside Jamie Benn.

ScHoolboy Q at South Side Music Hall
Lord have mercy.

On and On at Dada
And the beat goes…

Pageantry at Dan’s Silverleaf
Celebrating the release of their surprise new EP.

Louis the Child at SiSu
Make a splash.