Things To Do On Wednesday, March 9. 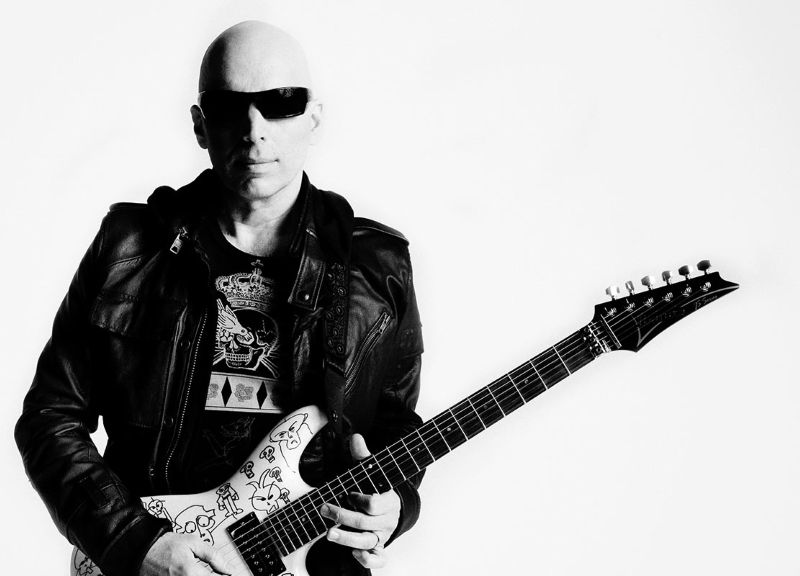 Surf With The Alien.

We're coming off the warmest Christmas on record, and fast approaching spring. And we can't help but feel like there wasn't really a winter this year.

But, the new Game of Thrones trailer was released yesterday, so we know that winter is still coming. We just have to wait until the end of April before it gets here. It's almost too much to take.

In the meantime, this is one night that's not dark or full of terrors. Even better, there's lots to do in order to keep yourself distracted until winter finally arrives. — Cory Graves

Joe Satriani at Majestic Theatre
Joe Satriani will be turning 60-years-old in July. He has made his time on earth worth every while that's for sure. According to a press release for his Shockwave UK tour, he's sold over 10 million albums, which makes him the highest-selling instrumental guitarist to date. That's quite the feat considering with whom he has to compete. The current Shockwave tour will include drummer Marco Minnemann, bassist Bryan Beller and guitarist/keyboardist Mike Keneally. — Roberto Aguilar

The Expanders at Gas Monkey Bar N' Grill
Reggae hasn't been popular in quite some time. It's really never been that popular, actually. You probably couldn't name more than, like, five reggae groups. But The Expanders are performing in spite of all that, and kind of because of all that. They're a reggae revivalist band from Los Angeles that make music based off the style and ideas of reggae from the '70s and '80s, with a laid back attitude and catchy, light rhythms. — Paul Wedding

Howie Day at Kessler Theater
Howie Day is like some weird Frankensteinian amalgamation of The Dave Matthews Band and The Goo Goo Dolls. He's a good enough musician, but he just comes off like a tool every time he sings. — PW

The “Erykah Badu Tribute” at The Prophet Bar
In case you missed Erykah Badu's dope as fuck birthday party last week, this is probably the closest you'll get to experiencing it as RC & The Gritz, which features several members of Badu's real backing band, pay tribute to their boss' catalog. Also, Badu's been know to low-key show up to more than her share of these Wednesday night jam sessions, so who know what could happen. — PW

DRAFTS with RAFT at Industry Alley
Share some drinks with the River Activation For the Trinity group, and hear some new ideas how to better and promote the Trinity River area. Bring some friends that might be interested in lending a hand this year, preferably some with deep pockets. — CG

The Eastern Sea at Double Wide
Every so often, Austin indie outfit The Eastern Sea will come up to Dallas and do a little one-off. Each time the effort will get some sort of buzz and draw some kind of crowd. Once again, the act is back in action closing out a Friday night at Deep Ellum's prized Double Wide. Natural Anthem opens. — Evan Henry