Things To Do On Wednesday, April 20. 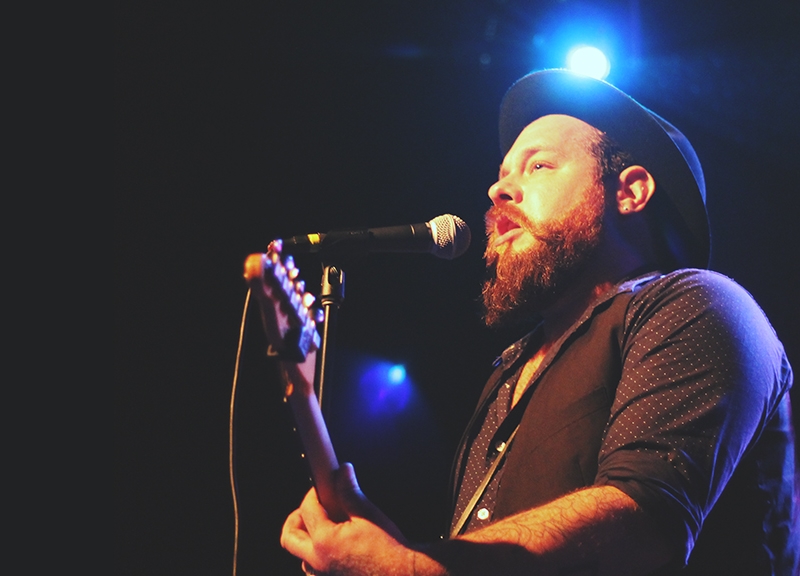 Get You A Drink.

Has the internet made us all up our cursing games? You’re damn right it has! At least according to a new report from the Associated Press-NORC Center for Public Affairs Research. Per those assholes a whopping 25 percent of Americans admit to saying the word “fuck” every single day, which represents a 10 percent increase in the past decade.

But the internet isn’t all bad. It is, after all, how you’re going to figure out what the fuck you’re going to do tonight. See below. Because fucking internet. — Cory Graves

Nathaniel Rateliff at South Side Ballroom
A folk rocker by trade, Nathaniel Ratefcliff has long dabbled in gospel-like harmonies on his somewhat low-key solo offerings. Last year, though, he debuted a new rocking soul outfit, The Night Sweats, that adds some booze-filled fun and rollicking, heartfelt hooks to those even beefier, hand-clapping gospel refrains. Get the sonofabitch a goddamn drink, already. For a primer, check outour review of the band’s most recent, mesmerizing Dallas stop. — CG

Lukas Nelson, Shooter Jennings at Lola’s Trailer Park
They couldn’t get Willie to play on 4/20, but they were able to get his son, who’s not too bad himself. He’ll be opening for another son of country music, Shooter Jennings. He’s a true outlaw of country, not sticking to its common conventions, and developing a more independent sound in his music. Jennings is even touring with his pops’ old backing band, too. — Paul Wedding

Jub Jam V at Kessler Theater (Sold Out)
Jub Jam is an annual concert held by George “Jub Jub” Dunham, co-host of the morning show on 1310-AM The Ticket. The concert/silent auction is a charity event benefiting The Senior Source, an organization dedicated to improving the quality of life of senior citizens. Bands playing include Thieving Birds, Bobby Duncan, Dunham’s band The Bird Dogs, his co-host Gordon Keith’s latest band, and an unannounced super-secret guest . — PW

20th Anniversary w/ Kinky Friedman at The Lodge
The Lodge, Dallas’ premiere venue to get a lap dance and filet mignon, is throwing a 20th Anniversary Party. Slated for your entertainment, besides the lovely ladies, is Kinky Friedman, the cigar smoking, cowboy hat wearing, almost-governor of Texas. No telling if he’s playing music, telling jokes or just eating steak. Probably a little bit of all three. — Roberto Aguilar

Half Baked at Sundown/Alamo Drafthouse
One of the world’s ultimate stoner comedies will be available for your geeking and viewing pleasure on the holiest day of grass culture, FOUR TWENNY! This ridiculous film starring Dave Chappelle and Jim Breuer is full of quotable one-liners from start to finish. Whatever you do, don’t ever quote Bob Saget in this movie. You might get kicked out of wherever you are, unless of course you’re in the plug’s house. Also, if you’re so inclined, you can catch Half Baked twice. First at Alamo Drafthouse Dallas at 4:20 p.m. and then at the Sundown at 8:30 p.m where there will be brownie specials (not special brownies, OK?). — RA

Digital Dallas: Startup Comedy Roast at Dallas Comedy House
Wow, roasting is certainly treading uncharted waters with this one — even though, this is Digital Dallas’ third time doing this show. Anyway, it looks like five startup companies will spend two minutes pitching their products, and then the Dallas Comedy House improv troupe takes a stab at them. It’s like Shark Tank meets speed dating. Just imagine the relief of the presenters once their passion has been torn to shreds. Relief or panic, who knows? — RA

The Darkness at House of Blues
The Darkness was once harrowed as the resurrection of Queen. With that shrieking vocal and set of crooked teeth displayed in the video for “I Believe In A Thing Called Love” it’s not that far of a stretch. They have a panache for invoking the best of history’s hair metal and producing videos that are aptly entertaining. The band just really likes to have fun, and they most likely spread that care-free attitude throughout their live performances. — RA

Say Anything at Gas Monkey Bar N’ Grill
Say Anything first rose from the popularity of pop-punk in the early oughties. Despite appearances, they actually manage to be a little more than another generic pop-punk band, though. There’s also elements of emo and math rock throughout the band’s music. It seems like they just make the music they want, and that counts for something. mewithoutyou opens. — PW

Local Education: Supersonic Lips, Classic Cult, Loafers at Three Links
Whether you celebrate 4/20 or not, it’s always going to have some great events going on in tandem. This year, Three Links is holding a concert dedicated to local groovy music, featuring the psychedelic sounds of Supersonic Lips, straight ahead rock of Classic Cult and the Dallas-by-way-of-Waco punks in Loafers. — PW

Gin Wigmore at Trees
Gin Wigmore (a.k.a. “New Zealand’s hottest vegan”) is invading Trees with her energetic style of pop music. She has a vintage-pin-up-goth-girl thing going on, and sings with a childlike voice that makes her music even more menacing. Wigmore ambitiously took on the task as co-producer of her latest album Blood To Bone, and played a bit of piano as well. Singer-songwriter Matthew Santos opens. — RA

Israel Nash at Good Records (Free)
Israel Nash has been all over the states, but we’ll go ahead and call him a Texan. He’s got the look and the style, he recorded Rain Plansin Dripping Springs, so why the hell not? Anyway, he’ll be stopping by Good Records to play a quick acoustic set before he heads over to open for Nathaniel Rateliff & The Night Sweats at South Side Ballroom later in the evening. Get there early, because you know the space will fill fast. — RA

4:20 on 4/20 featuring Oskar Blues at BrainDead Brewing
Starting at 4:20 p.m. on 4/20, Braindead Brewing $4.20 house beers as well as Oskar Blues Pinner, Dorito pie and personal pizzas. It’s a great deal for food and drinks, so if for some reason you’re feeling hungrier than usual today, stop on by. — PW

Escape the Fate at Tomcats West
Escape the Fate is a hard rock band that manages to not be hard in any sense, so I guess in a way, that’s pretty impressive. Get Scared and American Wolves open. — PW

A Very Willie 4/20 at The Grotto
Willie Nelson is country music’s most notorious stoner, and to honor the country legend on this holiday, Keegan McInroe and his band will be playing Willie Nelson songs. Luke McGlathery and Joe Savage open. — PW

Official Dallas Stars Watch Party at the Owner’s Box Grill
If you haven’t been following our our weekly Stars column, you should. Not just because Forechecking is the best Stars blog in Dallas, but because then you would know that the Stars have been kicking ass this season. In fact, we’ve got a real shot at going far in the playoffs this year. So come out and show some support for your home team. — PW

Dezi 5, Cure for Paranoia and more at Crown & Harp
In total, 10 acts fill this bill — Dezi 5, Cure For Paranoia, Söleil Söleil, Peladini , Brandon Kareem, Evan Bornes, TheJess&WesShow and ¡Qmuzic, plus DJ sets from Zhora and B3 — which is almost certainly too many performers. Alas, organizers are at least billing this one as a “showcase,” which lends some credence to the proceedings. So, too, does the talent. Notably, this lineup includes Dezi 5, Cure for Paranoia and Zhora, three acts who blend R&B, pop and electronic swirls into a sound that’s becoming more and more native to Dallas. — Pete Freedman