Things To Do On Tuesday, May 3. 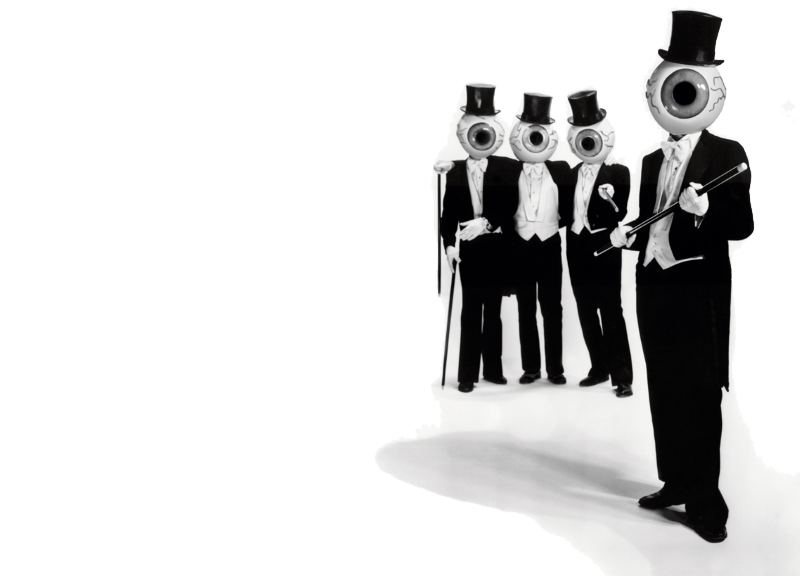 Last week, an 11-year-old kid in Talladega successfully defended his home against a would-be robber. After his polite requests for the thief to leave his house went unheeded, the kid grabbed a pistol and fired 12 shots at the guy, eventually hitting him once in the leg.

But the real reason everyone is talking about this below average marksman is that he had the gall to tell the world the robber cried like a little baby in a televised interview afterward.

What we all should be talking about, though, is that the kid wouldn’t have had to come face to face with a burglar at all if he simply wasn’t home. The trick to avoiding a shootout with a home invader is a simple as hanging at one of the following locales tonight. It’s just that easy. — Cory Graves

The Residents Present: Shadowland at Texas Theatre
The Residents are an experimental band that have pretty much been making music non-stop since the release of its first album in 1974. Like, they’ve released a new album every couple years for the past 40 years, it’s insane. The band’s gone in a lot of directions musically over the years, from punk to trance to lounge music and more. They’ll be doing a live performance of their latest album, Shadowland, as well as a screening Theory of Obscurity: A Film About the Residents. — Paul Wedding

Bar Politics: Law Enforcement Edition at The Foundry
Law enforcement has been a hot-button issue sweeping America for a couple years now, and it’s going to take a lot of work to come up with a solution that will fix it. That definitely won’t happen tonight, but the guys behind bar politics (read: Dallas’ own live version of The Daily Show) are going to try their hardest to spread some knowledge on the issues while keeping it entertaining. And this is the family friendly edition, so feel free to bring the kids. — PW

Official Dallas Stars Watching Party at Gilley’s
So, the Stars might actually have a real shot this year. The Blackhawks got shockingly taken out in the first round. Unfortunately, we’re playing the team that beat them, The St. Louis Blues, a team that’s managed to have the Stars’ number all season long. The series is tied up 1-1 right now, and you read up on how the series got that way before coming out and show your support. But for real, these are two of the most entertaining teams to watch play hockey this season. — PW

Repulsion at The Magnolia
Repulsion is Roman Polanski’s first English-language film. It’s about a sex-repulsed woman horrified by visions of violence and rape. Little did anyone know that Roman Polanski would make this story a reality several years later. — PW

Lily and Madeleine at Three Links
Lily and Madeleine are a pair of sisters who have been steadily been putting out folk pop music for the last few years. Their stripped down, acoustic sound is a little typical of this genre, but it still sounds pretty, and they’ve got some pretty good writing chops. Shannon Hayden opens. — PW

Julia Lucille, Moth Face, Horace Bray at Josey Records
Well, this is something different. Julia Lucille is an indie singer/songwriter from Austin with a focus on a barren-style of music. It’s pretty much just her plucking at an electric guitar softly singing, but it’s really good. The minimalist quality almost makes it sound like you’re listening to her play around the comfiest campfire possible. Dallas lo-fi musician Moth Face and jazzy Dallas guitarist Horace Bray open. — PW

Lethal Weapon at Alamo Drafthouse (Richardson)
No matter how old you get, you’re never too old for this shit. Check out this action movie classic before Mel Gibson became a crazy person and just played a crazy person in movies. — PW

Tim “Ripper” Owens at Trees
Tim “Ripper” Owens has made a career of singing for as many metal bands as possible. Most famously, he took over as the singer for Judas Priest in 1996, but he’s also performed with Winter’s Bane, Beyond Fear, Brainicide, and a shitload more. The reason being is probably because he has an iconic voice in the genre. His voice has this power and range that perfectly suits ’80s heavy metal. — PW