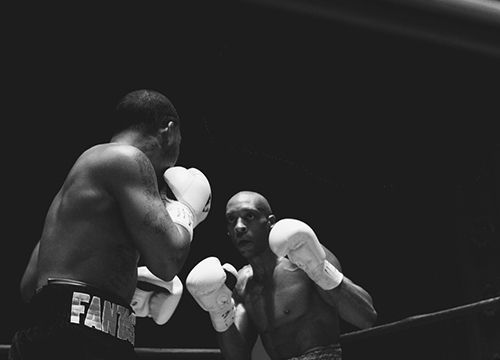 It’s a Tuesday during baseball season, what do you do? What do you do? If you’re Josh Hamilton, you do absolutely nothing, avoid your career at all cost and somehow still earn $28 million for your trouble.

But you’re no Josh Hamilton. In almost every way that’s a good thing, to be sure. Although, it does mean you’ll have to look for something to do tonight.

Vundabar at Rubber Gloves
Angular-but-poppy indie-rock trio, Vundabar, has been picking up steam since releasing its sophomore record last summer. Unlike many an indie outfit, this Boston trio rarely takes itself too seriously, and its all the better for it.

Tuesday Night Fights at Texas Theatre
It’s eight live boxing matches at a historical movie theater. Let’s get it on!

Grey Gardens at The Magnolia
This 1975 documentary about the flea-infested and dilapidated mansion that Jackie Kennedy’s aunt and cousin lived in for 50 years is considered by critics to be one of the top 10 documentaries ever made. It doesn’t sound depressing, like, at all.

Damien Jurado at Dada
The Seattle-based folk-rocker’s twelfth studio LP, March’s Visions of Us on the Land, is the third installment of a trilogy chronicling a character who decides to drop off the grid only to realize he can never go home. The further along he’s gotten from 2010’s Saint Bartlett, the spacey-ier the singer-songwriter’s journey into the psych rock realm has become.

Hopped Up Cinema: The Jerk at Alamo Drafthouse (Richardson)
I’m picking out a Thermos for you. Not an ordinary Thermos for you. But the extra best Thermos that you can buy, with vinyl and stripes and a cup built right in. All the better to keep your Noble Rey brews cold. They’ve paired a special dish and a flight of craft beers at this screening.

Mrs. Magician at City Tavern
It wouldn’t be beach punk without the fuzz and reverb pedals cranked to the max, and San Diego’s Mrs. Magician brings the goods. Moon Waves and Loafers open.

Quaker City Night Hawks at Good Records (Free)
Good evening from the Astroturf. The Lightning Rod signee continues the local promotion tour in support of its brand new third full-length with another free concert. Fill up a cup with some free cerveza and have the boys sign your record while you’re there.

Night Ripper at Alamo Drafthouse (Dallas)
The 1986 b-movie that Girl Talk named his first album after is a retelling of the Jack the Ripper narrative, set in the ’80s and starring Seinfeld‘s Soup Nazi.