Things To Do On Tuesday, December 15. 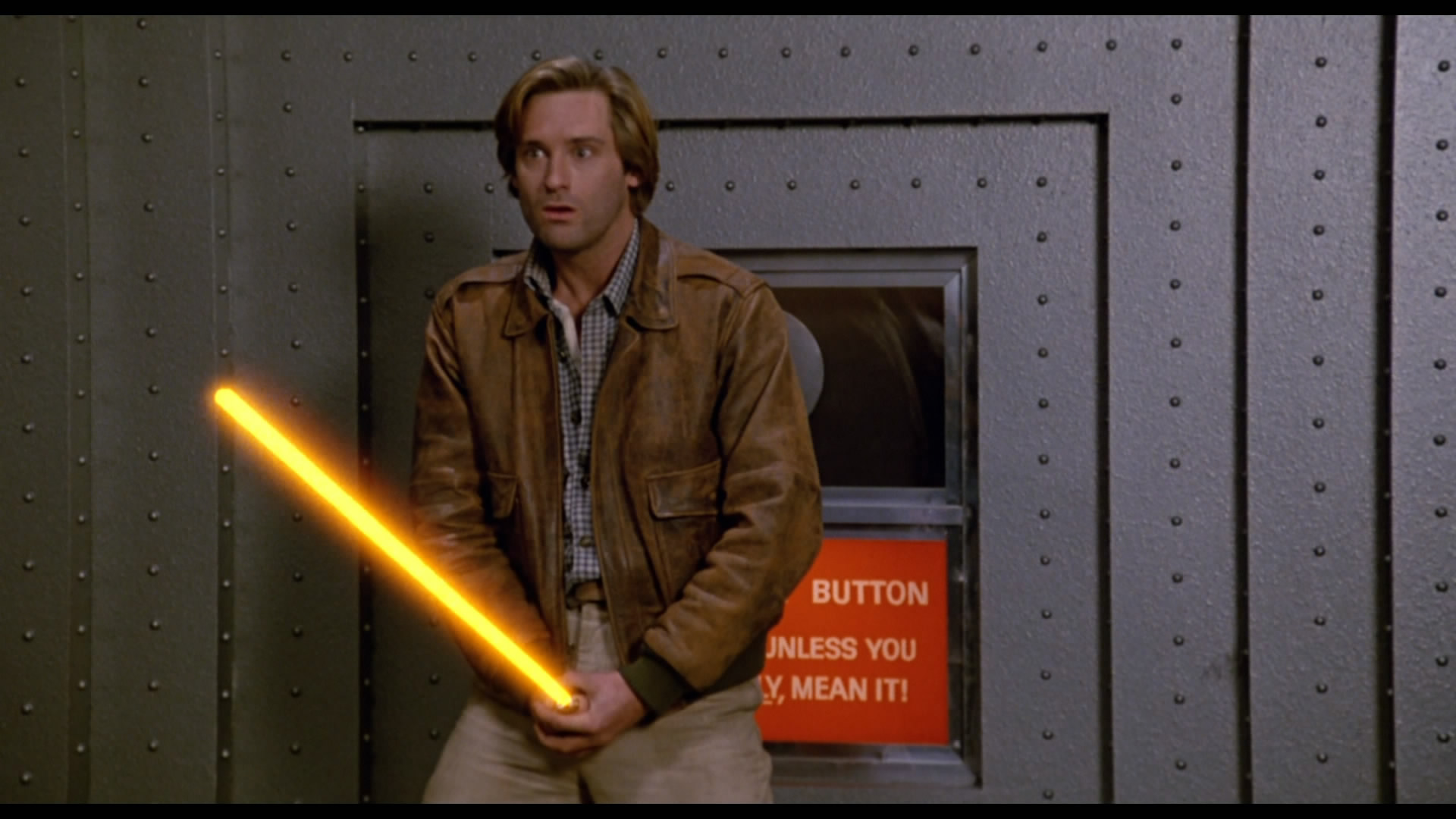 May The Schwartz Be With You.

An independent game developer created a new video game called Who's Your Daddy? that pits one player assuming the role of an inept father attempting to rapidly baby-proof his house against another playing a baby that's actively trying to kill itself.

A beta test of the game — which will earn its full release by the end of the year — is currently all that's available to play. But “don't be too excited,” says the game's designer. The test version is “lacking in content” and “filled with problems.”

More content-filled and less problem-laden, however, are your evening plans.

Those are available right now, too, no beta-testing required.

Hopped Up Cinema: Spaceballs at Alamo Drafthouse
May the schwartz be with you at this edition of Alamo's monthly Hopped Up Cinema series. Like everyone else everywhere, they're in full-on Star Wars mode in anticipation of this weekend's long-awaited The Force Awakens opening, and so they're screening Mel Brooks' 1987 Star Wars parody, Spaceballs. Tickets include a flight of brews from 903 Brewers, including a special brew inspired by the film, plus a commemorative pint glass.

Brandon Hobson at The Wild Detectives
Earlier this year, the author of Deep Ellum published his followup novel, Desolation of Avenues Untold, which centers around the hunt for a rumored Charlie Chaplin sextape, which is believed to be somewhere in West Texas. He'll discuss the work with fellow author Joe Milazzo at the Oak Cliff literary hub.

Turkish Star Wars at Alamo Drafthouse
Before there was Spaceballs, there was DünyayÄ± Kurtaran Adam. Roughly translated to The Man Who Saved the World, but more commonly known as Turkish Star Wars, this 1982 amalgamation of plagiarism includes unauthorized use of clips from the actual U.S. version of Star Wars, spliced together with footage from other movies and some original acting, with the Raiders of the Lost Ark soundtrack slapped over it. This one's been called unwatchable by many, but we suspect those reviewers simply didn't smoke enough weed before the screening.

KVIL's Not So Silent Night at South Side Ballroom (Sold Out)
During their four-year hiatus, the members of Fall Out Boy learned a harsh lesson: Nobody gives a crap about any of their solo projects. Frontman Patrick Stump admitted as much through a 1,500-word post on his blog, in which he detailed what it's like to be a 27-year-old has-been. Stump, who also lost 60 pounds during the break, was pelted with comments like “We liked you better fat!” throughout his failed 2012 solo tour. Together, though, the band that made its members famous is still a force to be reckoned with in certain circles. Tonight, for instance, the band's the main attraction at KVIL's sold-out Christmas show. James Bay and George Ezra also perform.

Alien Ant Farm, (Hed)PE at Trees
A pair of legacy acts, one most known for spearheading the rap-rock movement and another best known for the pseudo-novelty nu0metal cover of Michael Jackson's “Smooth Criminal” share this bill, which shouldn't be at all obnoxious. Murder FM, Kill For Mother and Pulse open.