Things To Do On Thursday, September 22. 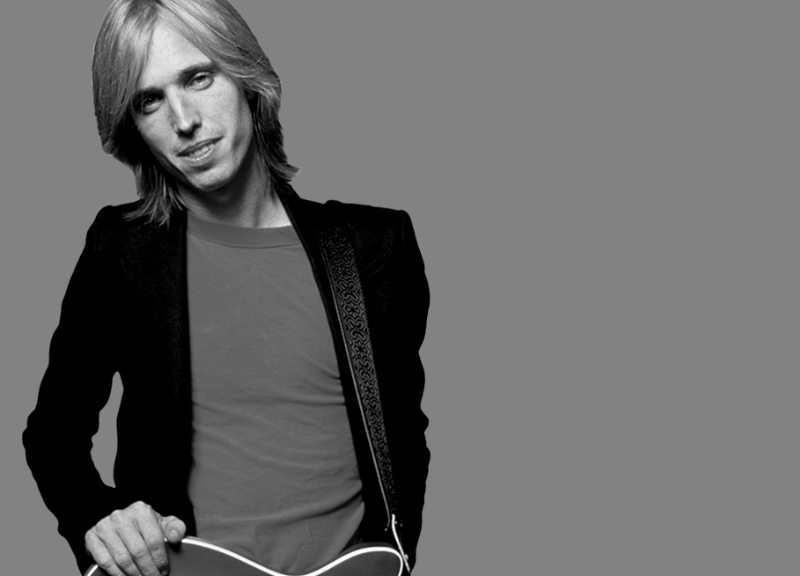 After years locked away in his laboratory, an Australian man has emerged with a patent for the hamdog, a combination hamburger-hot dog. Now you don’t have to decide which thing to throw on your plate at your next backyard barbecue!

Unfortunately, we haven’t come up with a solution in our own lab that will allow you to go to every event tonight at once. So, some deciding is still in order. But we have found a way to make that process slightly easier by putting all the coolest shit in a single list below. — Cory Graves

Petty Fest in Denton
It hasn’t even gone down yet this year, and there are already some people calling Oaktopia the best music festival North Texas will see this year. Hey, we get it: With a lineup of Norah Jones, Beirut, Rae Sremmurd, Dr. Dog, Best Coast, Cat Power, Wavves, Andrew W.K., Lee Fields, The Whigs and more spread out across the fest’s three days, it’s hard to argue any different. Kicking things off, the fest teamed up with the New York-based The Best Fest to bring an all-star Tom Petty & the Heartbreakers tribute to town. The aptly named Petty Fest will find The Cabin Down Below playing house band, with a who’s who of rotating front-persons covering Petty’s tunes. Among those taking the lead? That would be Norah Jones, Jakob Dylan, Grandaddy’s Jason Lytle, members of Midlake, Jonathan Tyler, Nikki Lane, Robert Ellis, Butch Walker, Jason Lee, Danny Masterson, members of The Whigs and several others. — CG

Kanye West at American Airlines Center
You don’t have to subscribe to Tidal to catch the croissant-demanding deity performing live in town tonight. Much to the delight of everyone who had to skip his last Dallas show because it happened during a winter storm freakout. — CG

I Feel Like An After-Party at NYLO Dallas South Side
Kanye’s non-laptop-stealing cousin Tony Williams is throwing his fam a party after the show. But will Ye show? And will he have Kim with him if he does? — CG

Bella: An American Tall Tale at Wyly Theatre
Not a story about a mouse looking to reunite with its family, but rather a play about a busty black woman with a big heart, trying to reunite with her sweetheart and set in Old West times. So kind of the same, I guess. It opens tonight and runs for the next month. — CG

Titus Andronicus at The Loft
One of his earliest and most grisly works, Titus Andronicus is also thought to be Shakespeare’s first tragedy. Despite all the stabbings and murders that take place in the play, most versions don’t actually feature any realistic depictions of blood, though some opt to substitute red ribbons in for stylist representations. Never ones to make such sacrifices, the New Jersey rock outfit of the same name makes no qualms about straight up melting the faces clean off those that show up to its rowdy live shows. A Giant Dog opens. — CG

Jenny Zigrino at Hyena’s (Plano)
Before Bad Santa 2 makes her one of the next big comedy stars, catch the fresh-faced badass in Plano — for free. — CG

Reimagine Crowdus
It’s Thanksgiving, on this little strip of Deep Ellum, anyway. Give thanks for live improv comedy and a sing-along style screening of the Selena movie. — CG

Alex Wiley & Kembe X at RBC
While one Chicago-sprung artist headlines the AAC tonight, another of Chi Town’s rising stars heads up this markedly smaller stage. Recently featured on Chance the Rapper’s “Grown Ass Kid,” Alex Wiley is the Windy City star of this show. Also on the bill are Buffalo Black, Devy Stonez and Dandii Sun. — CG

Mouth Full of Words: Sherries Tasting at The Wild Detectives
The first 20 people to scoop up tickets will get to take part in this tasting of four sherry wines from southern Spain, and a few pintxos from northern Spain. Salud! — CG

Broketopia at The 813
Oaktopia rejects Orcanaut, Vaults of Zin, Lassie and a bunch of visual artists will throw a house show, one of many counterprogramming events Broketopia will hold this weekend. — CG

Lokal No. 3: Sudie, Loafers, XES, Playlister P at Dada
Nowhere else in Deep Ellum can you see this many local acts performing together on the same outdoor stage. Nowhere. Not today, anyway. — CG

Classixx at Trees
After years of touring through Dallas on the strength of their remixes and singles alone, L.A. production duo Classixx finally got around to releasing a proper debut LP of its own last year. At this show, the band continues to celebrate that release, called Hanging Gardens. The short amount of time that’s passed since the release date isn’t a concern; with a catalog that serves as a fresh, house-influenced update on ’70s dance classics, this duo has firmly entrenched itself as one of the more interesting acts of the nu disco movement. — Pete Freedman

Harlis Sweetwater at Gas Monkey Bar N’ Grill (Free)
While Harlis Sweetwater’s band doesn’t reinvent the wheel by any stretch, fans of acts like ZZ Top likely won’t care much. Hell, that band’s been putting out the same record for decades now. And while you could always just wait and catch the actual Tres Hombres the next time they hit town, it’ll certainly cost you much more than tonight’s free offering. — CG

Office Space at Texas Theatre
Yeeeeah, I’m gonna need you to go ahead and come to the Texas Theatre tonight. That’d be great. — CG

“2wo Hundred” at Kettle Art
Deep Ellum’s best known art gallery celebrates its 200th exhibition with a blowout that includes examples of works spanning 11 years of shows it has put on. It opens tonight and runs through October 15. — CG

Enough is Enough at Main Street Garden Park
Already this month alone, police officers have shot and killed black men named Tyre King, Terence Crutcher, Terrence Sterling, Moses Ruben King and Keith Lamont Scott, most of who were unarmed and some who were in the act of surrendering. It has got to stop. Stand with the families of these latest victims or, if a national anthem is playing, maybe kneel. Flags shouldn’t be more important than your fellow men. — CG

Pacific Plaza Public Input Meeting at Sheraton Dallas Hotel
A new plan, likely to pass, calls to use bond funds to build four new Downtown parks, one in the West End, one underneath North Central Expressway, one near the Farmers Market and one at Pacific Plaza. This is a public meeting about the latter so, um, speak up now or forever hold your peace. — CG