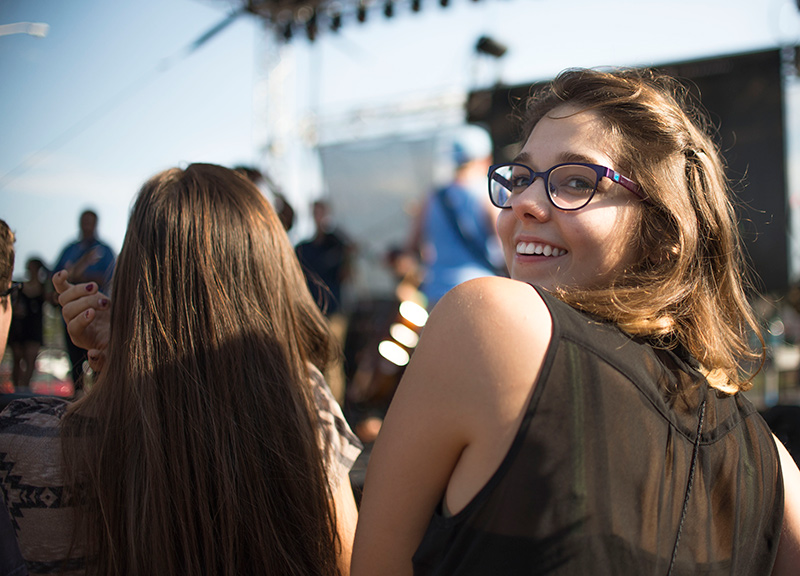 Nine Things To Skip At This Weekend’s Oaktopia Fest.

This Thursday through Saturday, the fourth annual Oaktopia Festival will take over Downtown Denton. With headliners like Norah Jones, Dr. Dog and Rae Sremmurd, this year’s lineup looks especially stacked, too.

Which means that, if you’re a member of the local media, it’s time to put out your obligatory festival preview listicle, about what to eat at the fest, what to do when not watching bands or the oh-so-predictable guide of must-see bands you really can’t miss, most of which are — spoiler alert — just the big names playing on the main stage.

If you need a list to tell you the biggest draws on any given fest lineup, I feel bad for you, son. Pro tip: The biggest names are the ones listed highest and largest on the poster. Yes, always.

So, no, we won’t insult your intelligence by putting out another list of acts you should see. Rather, we’ll shoot you straight and say what the others won’t.

Here’s some stuff you can go ahead and skip at this weekend’s Oaktopia.

• Fish Boy at Dan’s Silverleaf at 8 p.m. It’s just not the same if you aren’t partaking in $2 Schlitzs and cheap pizza, tbh.

• Purple Rain at Campus Theatre at 11 p.m. Why stay up to 2 a.m. on a work night when you could stay at home and stream it on iTunes — and for $47 less than a one-day fest pass?

Friday.
• St. Beauty on West Stage at 3 p.m. Shouldn’t you be, like, at work or something?

• Octahedron at LSA Burger at 5 p.m. You could catch this ukulele-wielding indie-pop outfit play a burger place, sure. Or you should probably just go over and bask in Nikki Lane’s spunky alt-country glory.

• Cat Power on the UNT Stage at 8 p.m. If she thinks the sound at Trees sucks, then she’s in for a rude awakening when she gets to this big outdoor festival stage.

Saturday.
• Karma Yoga Drum Jam on the Courthouse Lawn at 11 a.m. You’ll never make it to Rae Sremmurd 11 hours later if you’re up early and day-drinking this early.

• Phi Gamma Stompowt on the Courthouse lawn at 1 p.m. Those aren’t even words!

• Best Coast on West Stage at 9 p.m. As much as you want to, you’ll never relive that magic of Best Coast’s 35 Denton performance in 2012, when it rained and poured during their set and nobody cared, throwing on ponchos and trash bags and just soaking it all in.

Cover photo by Lauren Rushing. Oaktopia takes place all around Denton from September 22 through September 24. Tickets run $50-$200. Get yours here.