Things To Do On Thursday, October 6. 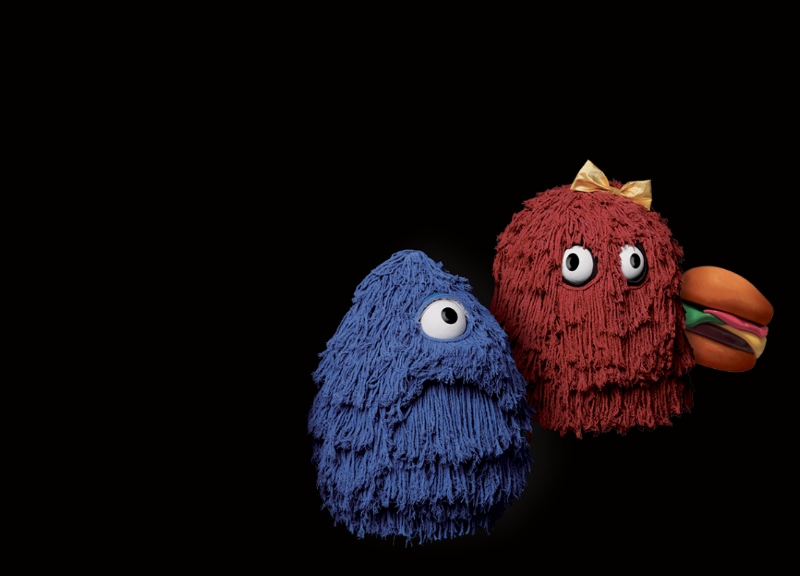 Before getting around to telling you what you should do tonight, let us first tell you something not to do. That would be taking a bong rip of Carolina Reaper, aka the world’s hottest pepper. If obvious reasons haven’t deterred you yet, hit the link to see the fate of the one guy dumb enough to actually try it.

Unlike that smooth move, the following list of things to do have been fully vetted. None of these will inflict severe pain or require an inordinant amount of water-drinking. Shouldn’t, anyway. — Cory Graves

Texas Rangers vs Toronto Blue Jays at Globe Life Park
First there was the bat flip. Then there was the punch heard round the world. And now the same two teams in last year’s ALDS meet once again in this year’s playoffs. Cole Hamels takes the bump at 3:30 p.m. It could be worse, tomorrow’s game starts at 1 p.m. — CG

Tommy Stinson’s Cowboys in the Campfire at Double Wide
Today is Tommy Stinson’s 50th birthday, and he’s seen a lot in that time, from starting The Replacements in the ’80s to touring as Guns N’ Roses in recent years before the original lineup re-formed. Now he’s doing a solo acoustic country type thing. Even that’s not terribly new territory for him — he played on the most recent Old 97’s after all. — CG

Matt Braunger at Hyena’s Dallas (Free)
Matt Braunger’s current Made of Mistakes act may be peppered with questionable thoughts and vivid descriptions of awkward actions, but the guy’s resume is pretty sterling. He’s enjoyed success as an actor, having scored roles in Up All Night, Take My Wife and Agent Carter, among other projects. His stand-up, meanwhile, has been featured on Comedy Central and Netflix and earned him slots at a number of top festivals, including Montreal’s Just for Laughs and Austin’s South by Southwest. He’s an obvious talent, capable of stretching an idea to wonderfully absurd limits. He’s also a master of finding rich veins of humor to tap into when talking about experiences in his life that could be — in less capable hands — downright sad. He’s here all weekend, but only Thursday night’s show is free. — Alex Gaskin

The Polyphonic Spree at Dada
As they did a couple summers ago, the Spree will bring its big show to Dada’s back patio — a space that’s been renovated in the meantime, too. Dovehunter opens. — CG

Schoolboy Q at South Side Ballroom
“Groovy Tony” brought the bucket hat back to life after the death of Hunter Thompson, but he’s just as trippy. The TDE Crip released his newest LP, Blank Face on the same night as the shootings in Dallas. And it’s fire, so hot your aux cord might catch flames. Now he’s back here, and no doubt he will perform most of the project and the crowd will eat it up. This one will be wild. Joey Bada$$ opens. — Sidney Johnson

M83 at House of Blues
Last time the “Midnight City” outfit was in town, its new JunkLP had just come out earlier in the day. Furthermore, it was only the second show for the band’s newest member, Denton musician Kaela Sinclair who joined the ranks of the French electronic outfit this spring. Now, though, she and they are in the midst of a world tour that’s already taken them to several countries and most every major festival. — CG

Boy & Bear at The Kessler
Though this Australian indie rock folk ensemble’s 2015 album Limit of Love was hailed mostly average by critics, its sound didn’t stray far from the Australian chart-topping melodies of the band’s previous album, Harlequin Dream. With any luck, the band will mix up the set list with older songs to please its local aficionados. — Obed Manuel

Bob Moses at Trees
When you combine melodic guitar riffs with electronic influences you get Bob Moses. The duo composed of Tom Howie and Jimmy Vallance is sure to please when it comes to the melding of those sounds, which is apparent in its debut album Days Gone By. You dancefloor aficionados will want to check it out for yourselves. — Khadijah Grimes

A Thousand Horses at Billy Bob’s
A Thousand Horses just won’t subdue you with its “southernality” charms, but with a combination of blues and rock that still stays true to that country sound will draw you in even more. — KG

Halestorm at Gas Monkey Live
The winner of the 2013 Grammy for Best Hard Rock/Metal Performance brings its heavy riffs and fast-paced tempo the city. If the grungy metal doesn’t make your head bang, then lead vocalist Lizzy Hale’s belting voice will shake your very core. — OM

Mavs Run This Town 5K at American Airlines Center
The annual 5K Mavs run is upon us. The race starts and ends on Olive Street in between the AT&T Plaza and W Hotel. The race is in support of the Mavs foundation and entrants receive a free Mavs ticket, a timing tag, a T-shirt and a chance to die because how do people fun five whole kilometers and not die? Quaker City Night Hawks plays the free after-party. — H. Drew Blackburn

Oh Wonder at Granada Theater (Sold Out)
The London-based duo will play its synthesizer tunes to a sold-out Granada after spending most of 2015 releasing one song per month. — OM

Skeletonwitch at RBC
Head to RBC to join the mosh pit these thrash metal vets are sure to incite. But do so at your own risk, of course. — OM

Susto at City Tavern
Not only will Susto deliver melodic storytelling, but you’ll be able to feel the authenticity of these songs. Acid Carousel and Majik Taylor open. — KG

Trivium at Gas Monkey Bar N’ Grill
Prepare to rock out in that old black Trivium T-shirt you used to wear in high school to show how much you loved the counterculture as a teenager. One of your long-time faves thrashes its way through 2015’s Silence in the Snow. — OM

Part Time at Three Links
While San Francisco’s Part Time might technically be filed under chillwave, there’s enough yacht rock and dance pop influence that it doesn’t sound dated. Or rather it does, but in a good way. R!U!O!K!, Sub-Sahara and Rei Clone make up the healthy and rather diverse undercard. — CG