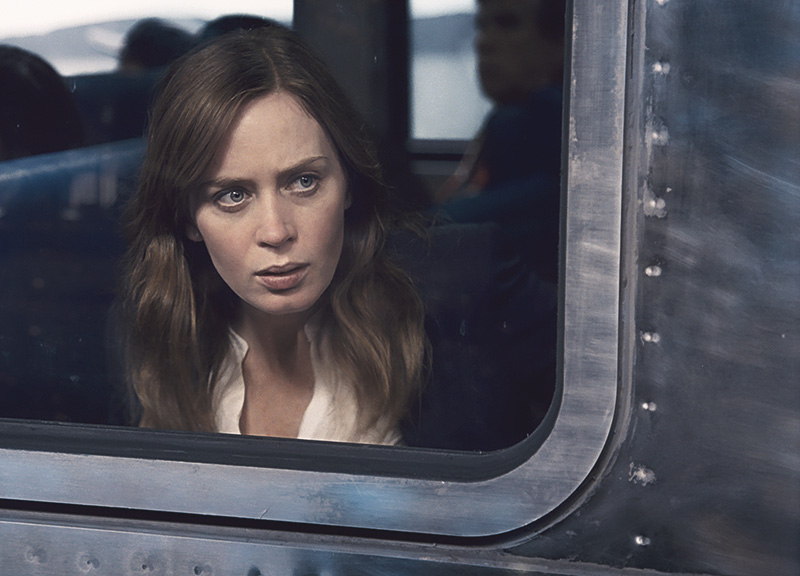 The Girl On The Train Is A Solid Thriller, But Nothing More.

The Girl on the Train is all about manipulation. Even when a character says something directly to another character or in a voice-over, there’s a good chance that person is probably lying.

Emily Blunt plays Rachel, the titular girl on the train. During her daily commutes into Manhattan, she fantasizes about her former neighbor Megan (Haley Bennett) and the perfect life she assumes Megan has with her husband Scott (Luke Evans).

But of course, not everything is at it seems. When Megan goes missing, the detective assigned to the case (Allison Janney) begins to suspect Rachel’s involvement. Given her propensity for getting blackout drunk and her reputation for violence, even Rachel begins to question herself.

Since The Girl on the Train quickly establishes Rachel as an unreliable narrator, our allegiance as the audience shifts from scene to scene. If she’s really an alcoholic wreck, jealous of the idyllic suburban life she left behind after her divorce, then maybe she did do it.

Oh, but this film has several more reveals to do before we get to a gruesome finale where the truth is revealed. Rachel has been lied to many times by different people (mostly men) to the point where she’s started to accept them as the truth. This means that other events we accepted as facts may also be fabrications or a blur between reality and fiction.

The film could easily become a jumbled mess were Blunt not giving another fantastic lead performance here. Rachel is such a complex, sometimes unlikable character, yet she captivates us just the same. It’s a high-wire act of a performance. Blunt has to be believable both as a delusional alcoholic and as a desperate woman in search of the truth, and she pulls both off flawlessly.

The rest of the cast is good, if not as flat-out impressive as Blunt. Yet it can’t help but suffer in comparison to that other hit movie based on a trashy beach read with Girl in the title. Whereas Gone Girl elevated its source material into a commentary on toxic masculinity and suburban ennui, The Girl on the Train is perfectly content to be an above-average mystery.

Assuming you adjust your expectations accordingly, The Girl on the Train is a ride worth taking.