Things To Do On Thursday, June 15. 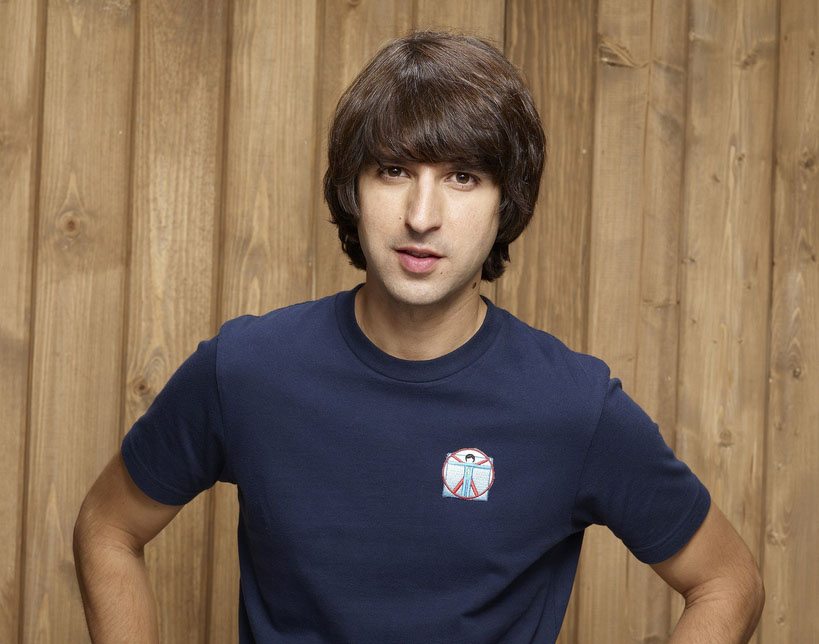 Laugh It Up With Demetri Martin, Guzzle Wine As You Stroll Through Bishop Arts, Eat Some Pies For A Good Cause Or Enjoy One Of Our Other 14 Picks For The Best Things To Do In Dallas Today.

Turns out there may be some truth in advertising after all.

Following an ad for KFC that teased the idea of launching a sandwich into outer space, the company now says that it’s actually going to go through with the idea, using a high-altitude balloon to get the job done.

As for you? Well, you’re probably not likely to reach outer space any time soon. But, if you’re in need of a lift, check out one of the following events happening around town today could be just what you’re looking for.

Demetri Martin at The Majestic
Former Daily Show correspondent Demetri Martin takes the stage at the Majestic during a stop on his Let’s Get Awkward tour. The dry-witted comic’s appearance in Dallas comes just about two weeks removed from the wide release of his new film Dean, which Martin stars in, wrote and directed.

Quaker City Night Hawks, Chucho at Main at South Side (Fort Worth)
It’s the revered psych- and country-tinged blues rockers in QCNH’s turn to headline the newest venue out Fort Worth way, and they’re doing so with support from their fellow Fort Worthians in Chucho. Bonus: If you buy your $10 (plus fees) tickets in advance of the show, you’ll get a free M.A.S.S. koozie at the door.

Low Cut Connie at Magnolia Motor Lounge (Fort Worth)
The Philadelphia-based rockers renowned for their raucous live shows visit Fort Worth in support of their new Dirty Pictures LP.

Black N’ Blue at Trees
Mess up your hair and put on your best black eyeliner, because no one told these rockers from the ’80s that the ’80s were done.

Bishop Arts Summer Wine Walk
We still don’t really understand how wine walks are legal when it’s illegal to walk around with an open container. But maybe it’s best not to ask these questions.

Max Stalling at Billy Bob’s (Fort Worth)
Dallas country singer Max Stalling team up with his wife Heather to honk up some tonk in honor of their new Home to You LP.

Season After, Bridge to Grace, Gears, and Pulse at Rail Club (Fort Worth)
Would you believe someone booked a metal show at the Rail Club?!?!?!

Sarah Tiana at Hyena’s Comedy Club
Perhaps you recognize Tiana from her turn on Comedy Central’s Roast Battle? What about her regular appearances at @Midnight and Chelsea Lately? Anyway, she’s in town all weekend long, and like all Thursday night shows at Hyena’s, this one is free to attend.

Steven Michael Quezada at Hyena’s Comedy Club (Fort Worth)
You know him as Steven in Breaking Bad. He kicks off his weekend stand in the Fort tonight. And, as with all Thursday night shows at Hyena’s, this one’s free — unlike the rest of the weekend’s offerings.

Amelia Gray’s Isadora Book Reading at The Wild Detectives
The author of a new biography on the elegant Isadora Duncan, known far and wide as the mother of modern dance, will read a selection from her book. Dancers from Dallas’ Danielle Georgiou Dance Group will also be on hand to offer up a performance.

Norma’s Cafe’s Birthday Party Project
Norma’s Cafe turns 61 today, and is celebrating this fact in a really cool, sweet way: The regional diner chain is raising funds to throw birthday parties for children currently living in homeless shelters across Dallas-Fort Worth. You can donate to this special cause by grabbing a slice of Norma’s famous birthday cake pie. In turn, they’ll donate a portion of those proceeds to those kids’ parties.

Proper British Pop-Up at The Craft Beer Cellar
The British Invasion comes to Texas. Sadly, this is no Beatles resurrection. Just scones, pies, scotch eggs, pastries and basically every other British baked good you can think, all compiled at this one event for your consumption.

Merchandise at Andy’s Bar (Denton)
Who says Denton doesn’t score killer touring gigs any more? Tonight, Tampa’s Merchandise stops in to support the release of last year’s A Corpse Wired For Sound and its new take on alternative rock.

The Lowdown 2049 at The Nines
Join the Nines for the kickoff of a new Thursday night weekly centering around house and techno music.