Things To Do On Thursday, July 14. 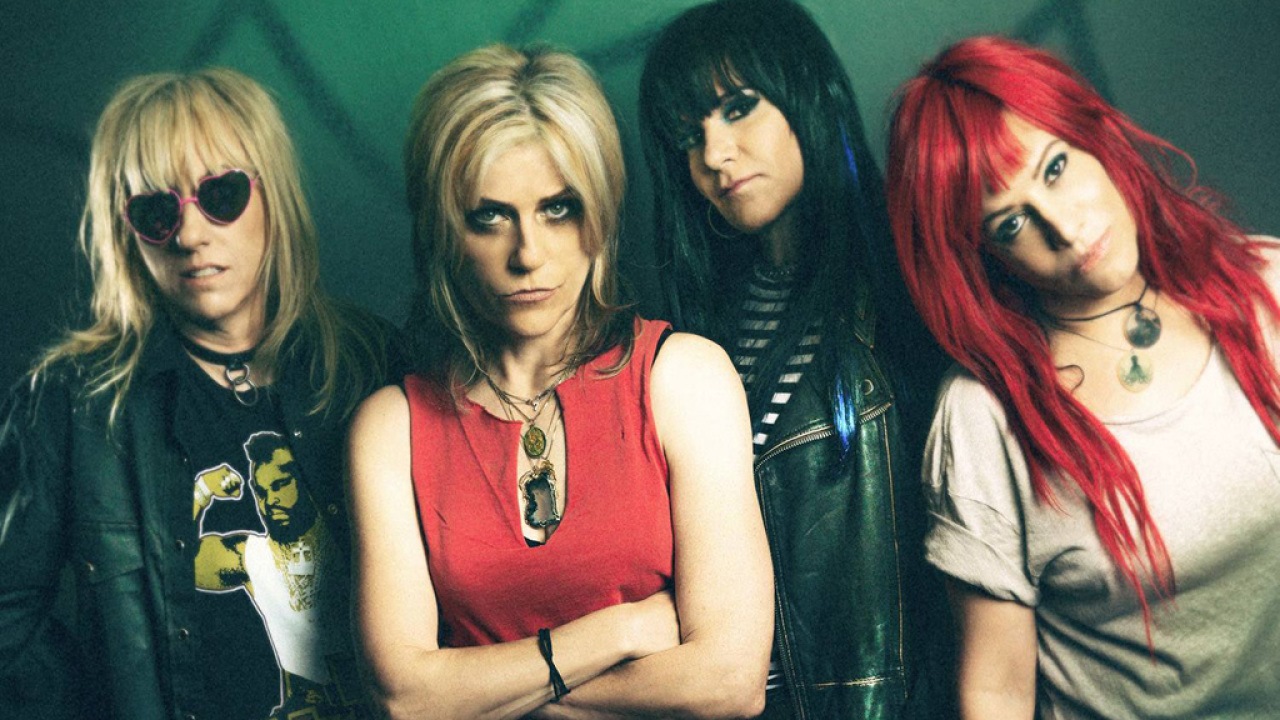 Waxing your legs with a drone is a real thing that exists now. I know this because it was on the internet. So it must be true.

L7 at Granada Theater
The great irony behind L7’s most recognized track “Pretend We’re Dead” is that, it’s anything but dead. Given L7’s triumphant return, it’s pretty evident that the world refused to acknowledge such a request, in the first place. Although, for a second, it seemed that “Pretend We’re Dead” was becoming a reality. The politically charged grunge outfit canceled a set of reunion dates last March, due to health concerns. Lucky for us, the band’s postponed Dallas gig was rescheduled for, well, tonight. Think about the number of reunion tours you’ve missed over the years. Instead of kicking yourself about it, catch this one. — Calvin Cashen

Aesop Rock at Trees
Aesop Rock delivers bars with laser sharp precision. Don’t believe me? According to a study by data scientist Matt Daniels, Aesop has the most extensive vocabulary of any hip-hop artist. The rapper with the flow of a thousand Wu Tang members, brings his vernacular finesse to Trees. He can probably spit faster than you can click the ticket link. — CC

Sikwitit’s XXL Freshmen Class Placement Celebration at High & Tight
So, Sikwitit made the beats that this year’s XXL Freshmen Class rhymed over in their recent promo cyphers. Well, a few local rappers don’t feel like those guys brought their A games to those cyphers. So, they’re going to perform one of their own to those same beats. That’ll come on tonight at High & Tight Barbershop, where Sikwitit will also give a live interview. Participating MCs will include -topic, Kaos Caine, Bobby Sessions, Jayson Lyric and Cameron McCloud. — CG

Dallas Strong Concert at Meyerson Symphony Center (Free)
Singers from Credo Choir, the Dallas Symphony Chorus, Turtle Creek Chorale, Dallas Independent School District and many other will be performing. Participants wanting to sing in the mass choir can join but must be at he center by 5:30 p.m. for rehearsals. The event is free and attire is business casual. — Sidney Johnson

The Pokémon Hunt at Klyde Warren Park (Free)
OK you PokéAddicts out there, it’s time to meet up and find those rare creatures that have made their way back into everyone’s hands again. The meet up is open to all and, rumor has it, there are quite a few goodies to be caught Downtown. Please just watch out where your’e walking while catching these things, the Texas Department of Transportation has already issue warnings to us about our newfound addiction — no driving and catching, of course. — SJ

Naitonal Hot Dog Day at Mutts Cantina
Being National Hot Dog Day, you’ll likely find deals on everyone’s favorite phallic-shaped ballpark treat all over town. But this is the only one where you’ll also find an actual hot dog (the four-legged kind) to take back home with you. – CG

KXT Sun Sets at The Pool at Dallas Power & Light
Like all KXT Sun Sets shows, this one featuring intimate sets by John Doe and Jake Paleshic has been sold-out for a couple weeks. That said, if you want tickets to the one a couple weeks from now, you might want to snag them sooner than later. — CG

White Lung at Dada
I’m going to drop my professionalism for a sec to deliver a quick, but vital message: White Lung is fucking miraculous. The Vancouver import’s sonic palette evokes emotion in form of chicken-wire guitars and unswerving vocals. Though it wears its influences on its sleeve, White Lung’s primal immediacy speaks volumes. Melding hardcore punk with thrash and fashioning something completely unique, these musicians leave an indelible mark that’s built to last. See you guys in the pit. — CC

Vegan Drinks at Barcadia
It’s hard out there for a vegan, but there’s no need to feel left out. On the second Thursday of each month, drinks and a fine selection of vegan cuisines are served at a different location. This time around it’s at Barcadia. So make plans to head there and converse with fellow vegans about whatever it is vegans talk about. — CC

Fox and His Friends at Texas Theatre
Rainer Fassbinder’s 1975’s look at class conflict in the gay world screens tonight at 7. Some of his other works follow the next few Thursdays. — CG

Bastille on Bishop
Beyond being the basis for a classic Rush song, this French holiday is of particular meaning to North Texas — or, more specifically, Dallas. Among the first settlers in the city were the group of French ex-pats who formed the Utopian La Reunion colony in 1855. Ever since, Dallas has had a French influence and various landmarks named after the colony — including Reunion Tower and Reunion Arena (RIP). To celebrate, the Bishop Arts District is hosting its sixth annual Bastille on Bishop block party featuring star chefs, wine tastings and an outdoor market. Go check it out and show off your newly-found knowledge about the day’s local origins. — Stephen Young

Ninkasi Last Band Standing: Birds of Night vs The Hendersons at Sundown (Free)
Oregon-based brewery Ninkasi continues its summer-long battle of the bands at Sundown. The contest runs through October 1, when a winner will be crowned at Dada. — CG

Unknown Hinson at Gas Monkey Bar N’ Grill
It’s hard to get to know somebody like Stuart Daniel Baker. Despite being one of North Carolina’s most respected studio guitarists and touring with acts like Billy Bob Thornton’s Boxmasters backing band, Baker almost always appears in public as his alter ego Unknown Hinson. And much like Andy Kaufman’s Tony Clifton character, Hinson never breaks character in public. We couldn’t get him to when we interviewed him a couple years back, anyway. The Hinson character is a sort of amalgamation of ’50s country western troubadours with tinges of B-movie camp and elements of vampirism thrown in for comedic purposes. He first came to prominence as part of a mid ’90s cable access television show. Since then, the hillbilly vampire with an affinity for party liquor and chasing fine “womerns” has been splitting time releasing albums, touring the country with his comedy-laced throwback western act and providing the voice of Early Cuyler, the main character from Adult Swim’s Squidbillies cartoon show. — CG

Johnny Thunders Birthday Celebration at Three Links
Guitarist Johnny Thunders came to fame in the early ’70s with the New York Dolls before his untimely passing. This bash is a celebration of his life and the fact that he never went through a Buster Poindexter-like phase. His legend will be highlited with performances by The American Fuse, Club Wood, DJ Joey Scandolous and others. — SJ

Slightly Stoopid at South Side Ballroom
It’s hard to really describe what genre the band falls into when you listen to their music; hip-hop, metal, punk — the list could keep going. They’ve achieved a great following, especially in the Smokers Club crowd. You know who you are. The event will be sublime, supplying you with your dose of quirky chill vibes. — SJ

Oil Boom at Levitt Pavilion (Free)
The group’s newest project, Red Metal released in 2014. Upbeat, garage trashing grooves is a pretty good description of what you would hear coming out of the speakers at one of their shows. — SJ

Fresh Rhymes at Crown and Harp
Every second and third Thursday of the month, Joel Salazar of Too Fresh Productions brings you “Fresh Rhymes,” a regional showcase for the spitters out there. If you’ve got what it takes, bring it to the stage, warm up those vocal chords and be sure to channel your inner-“rabbit” by reciting your verses in the bathroom mirror, ain’t no such things as halfway crooks. — SJ

TOMS Warehouse Sale at Fair Park
The new age hipster go-to is having a huge sale. All goods are sold on an “as is” basis and, of course, all proceeds help children across the globe get a pair once you make your purchase. Great concept for a great cause. Just don’t play basketball in them, it’s not fun stepping on the corner of a rock and twisting your ankle — it’s a real thing. — SJ