Things To Do On Thursday, February 4. 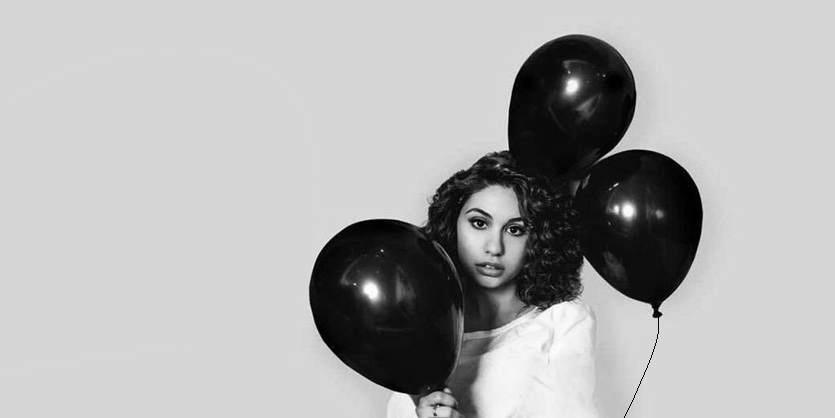 The Super Bowl is right around the corner, which means you've still got a few days to learn how to whip up the perfect nachos. The secret ingredient say scientists, is sodium.

And since you'll likely be too busy practicing your new recipe to plan your next few days, we thought we'd go ahead and take up that slack. Yay, science. — Cory Graves

Benefit for the Howards at Trees
Deep Ellum is a community that takes care of its own. So, when local musicians Kevin and Becki Howard's baby boy was recently delivered 12 weeks early, Trees and numerous local artists stepped up to throw a benefit concert in their honor. With tickets only running $10, take the opportunity to show your date that you're not only philanthropic and care about cute newborn babies, but that you're a local music fan as well. Artists ranging from headliner Sarah Jaffe to the Vandoliers, The O's, Buffalo Black and The Azalea Project will be playing sets, and raffles with some kickass prizes will be happening all night. — Hannah Steiner

Alessia Cara at Granada Theater (Sold Out)
At 19 years old, Alessia Cara is already selling out Granada Theater. Jesus. You most likely know her from her single, “Here.” It's smooth as hell, with a great beat sampling from Portishead's “Glory Box,” and Cara's vocals are top-notch. — Paul Wedding

Branford Marsalis at Dallas City Performance Hall
Branford Marsalis is a legendary saxophonist that is carrying on the sound of New Orleans jazz on a national scale. He is a Grammy-winning musician and former bandleader for the Tonight Show, and has played alongside musicians such as Herbie Hancock and Harry Connick Jr. He's nothing short of a sexy sax beast. — PW

SODA at Rubber Gloves
SODA of Gainesville, Florida are playing some sort of new-trash-slime-rock. Nothing is discernible, everything is sticky yet you find yourself head banging along. The trio will be toting their new 12-incher, Without A Head, with them on tour. It was released this month on Dull Tools Records who work with some cool dudes like Parquet Courts and Beth Israel of Austin. The Noids and Collick will open. Five to seven dollars at the door, you know, depending on your age. — Roberto Aguilar

Shearwater at Dada
Shearwater is an Austin band that just released its new album Jet Plane and Oxbow a couple weeks ago. The LP delves into new territory for the band with a stronger focus on electronic sound while maintaining its strong songwriting. Fellow Austinites, Marmalakes opens.– PW

Greg Proops' Smartest Man in the World Podcast Live at Arlington Improv
The unfortunately-named Greg Proops is an American comedian known for being the fourth banana on improv comedy show Whose Line Is It Anyway? He is taking his podcast on the road, where he discusses current events, celebrity life and his personal life. — PW

Nat. Brut at CentralTrak
Nat. Brut editor, Kayla E., will be talking in correlation with CentralTrak's exhibition, “The Zine Society Library.” Nat. Brut is a literary journal dedicated to publishing alternative writing in fiction, nonfiction, poetry, visual art and more. It is an effort to indulge in all creative mediums to make the reader think about these mediums and think in general. — PW

The Hymens//Ugly Children//Burning Moon//Slackbeat at J&J's
These are four bands right from the Lil' D that, if you've ever been to a house show in Denton, you've probably seen at least one of them. They embody the sound of rough and ready small town rock bands. Fitting then that they'll be in the dingy little basement below a pizza joint tonight. — PW

Isaac Hoskins, Kim Nall, Carson McHone at Dan's Silverleaf
These three are Texas country musicians that make traditional country music for the modern era. Instead of relying on the Nashville style of pop country with generic, radio friendly music, they refocus it on sincere songwriting and classic country guitar sound. As if the always solid Denton-based two-thirds of this outfit wasn't enough, Austin's Carson McHone alone would be worth the trip. — PW

The Hillbenders Present Tommy: A Bluiegrass Opry at Kessler Theater
If for some reason, you've listened to The Who's classic rock opera Tommy and wondered what it would sound like covered by a bluegrass band, you're in luck. The Hillbenders are a bluegrass Americana band that released a cover version of the album once upon a time. It sounds pretty much like what you would expect — a lot of banjo and acoustic guitar, with the same great lyrics from the original album. — PW

K Phillips at Magnolia Motor Lounge
K Philips is a country/Americana singer-songwriter from Nashville, and he sounds like he's from Nashville. If you're from Dallas, you can probably skip the drive to Fort Worth, because he's playing at Three Links in two days. If you're from the Fort, well, Mills and Co. opens this one. — PW

National Geographic Live at The Perot Museum
David Doubilet and Jennifer Hayes are a pair of photojournalists for National Geographic, who have spent their careers documenting hidden corners of the world. They will be presenting photos from their journeys in the waters of Kimba Bay, Papua New Guinea and beneath the ice of the Antarctic and sharing the stories behind photographing their adventures. — PW

Juggfest at The Prophet Bar
Lil Pooh and DGB have put together this lit-ass show for you at The Prophet Bar. Looks like it's going to be a packed house with a ton of local hip-hop artists including Loudiene, G.U.N, Spooky Leann, Wolfko, Young Street, Tre Pierre, Lil Nardy, Fat Boogie, Yung Stonerz…and so, so much more. Tickets are $7.50. — RA