Things To Do On Thursday, February 25. 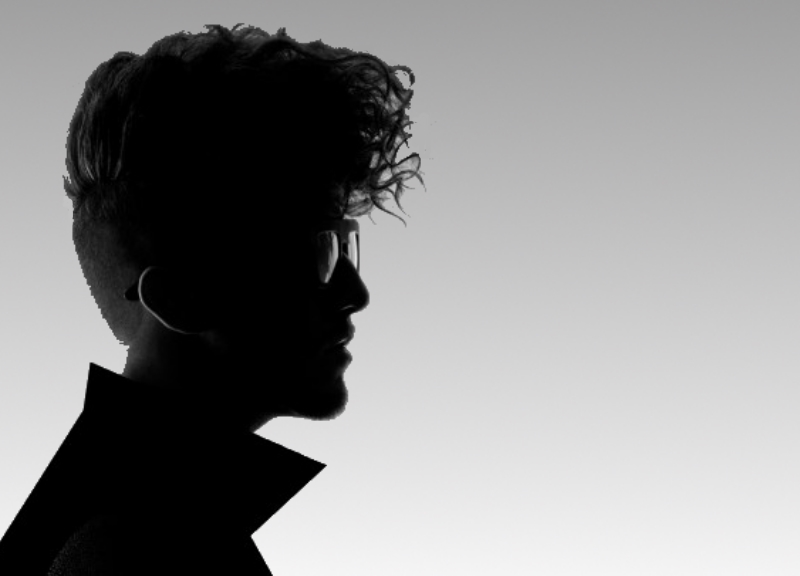 A British man is now enjoying his 15 minutes of fame after getting drunk the other day and legally changing his name to Bacon Double Cheeseburger.

It's apparently a much quicker and simpler process over there.

One thing that doesn't take weeks of muddling through bureaucracy over here stateside is finding something decent to do tonight. It doesn't require hundreds of dollars in court costs and filing fees, either. Just take a gander at the list we've provided below, free of charge.

Daley at Majestic Theatre
Like Rick Astley before him, the pipes of British R&B and soul singer Daley probably aren't quite what you'd expect to be coming out of the lanky young ginger kid. Close your eyes, though, and you'll agree that this guy's the real deal. After selling out Trees a couple of times in the past year or so, he moves up to the big leagues tonight. — CG

Magic Men at The Bomb Factory (Sold Out)
Magic Men is a male stripping show inspired by the film Magic Mike, a movie about the dark underworld of male stripping. It turns out a lot of people drastically missed the point of the movie. — Paul Wedding

Donna Brazile at UTA's Texas Hall
Donna Brazile is a massively successful political strategist and commentator. She was the first African-American woman to manage a campaign in 2000 with Al Gore. She is an author, syndicated columnist, and vice chair of voter registration and participation for the Democratic National Committee, and served as interim chair of the DNC in the spring of 2011. But you've probably also seen her in House of Cards. — PW

Adele Power Ballad Sing-Along at Alamo Drafthouse (Richardson)
If you feel like spending your night crying, Alamo is hosting a sing-along for all of Adele's hit songs, as well as other power ballads by artists like Guns n' Roses and Bonnie Tyler. You don't want to miss a thing. — PW

Justin Peter Kinkel-Schuster (of Water Liars) at The Wild Detectives
The weather is getting sweeter and sweeter by the day. One way to celebrate the season should be to attend a backyard concert at The Wild Detectives. Justin Peter Kinkel-Schuster of Water Liars has been putting out some remarkably soulful folk music that hits you deep. His voice is meant to be heard outdoors on a sweet spring day. He'll be joined by Matthew Bridgman and Tony Presley of Real Live Tigers from Austin. The show will be in collaboration with Small Brewpub. — Roberto Aguilar

Semigloss. Magazine SOUND Issue Dallas Launch at Nasher Sculpture Center
semigloss.magazine is a semi.local effort focused on the arts and showcasing visual and textual content from artists around the world. Each issue focuses on a different theme, including topics like failure, future and place. This new issue will focus on sound, and share stories based on performances, music and public speaking. — PW

Jon Reep at Arlington Improv
Though he won the fifth season of Last Comic Standing, Jon Reep is, perhaps, a comedian best known for asking a question in a Dodge commercial. That thing got a hemi? His comedy covers topics such as life in small towns, the state fair, and NASCAR — y'know, blue collar stuff. — PW

The Nightowls at Dan's Silverleaf
The Nighthawks is an Austin soul band with a classic Motown sound, complete with horns, keyboard and backup singers. For its latest tour, the band's been paying tribute to classic soul singer Al Green, playing some of his most well-known songs. — PW

The Pines at Three Links
Midwest Americana band The Pines doesn't really sound like what you would expect from its genre. Slow and ambient with soft-spoken lyrics, the band's sound creates an enveloping atmosphere for its listener. Matthew & The Arrogant Sea and Mountain Natives open. — PW

Sonny Landreth at Kessler Theater
Sonny Landreth is a Mississippi blues musician who has been playing for more than 30 years. He's a widely skilled musician, combining the roots of blues music with jazz improvisation, and has played with other famous musicians like Jimmy Buffett and John Hiatt. He's fresh off his latest album release, Bound by the Blues, which continues Landreth's trend of developing his complex musical voice and sound. — PW

Grease Sing-Along at Alamo Drafthouse (Dallas)
Grease's popularity has come back quite a bit lately, what with the NBC musical coming out a few weeks ago and all. Alamo is going to be showing the sing-along version of it for you to relive those infectiously catchy songs. It's a pretty safe bet to take a date to, there's a lot of girls and guys that love this movie. — PW

The Wiz at Texas Theatre
If you're unfamiliar with The Wiz, it's a cult classic soul adaptation of The Wizard of Oz, with Michael Jackson playing The Scarecrow. As weird sounding as that is, it really does work. The film has had several revivals in theater and recently had a live television special on NBC. — PW

Republican Debate Watch Party at Sundown (Free)
Bottles of wine are priced half-off during this Republican Debate watch party, which might be necessary considering the antics sure to be had. As we all know, Trump is ahead somehow, and this will be a great time for him to start his gloating. There are other candidates, of course, but now without Jeb Bush, the reigns may have been let a little loose. Oh well, should make for some good entertainment. — RA

The Ballot Ball at Gas Monkey Live
The Ballot Ball is a chance to celebrate one of our greatest freedoms as an American, voting for our governmental representatives. Created by community activist Tenay Mathis, this party is a way to get people registered to vote for the general election in November. The Ball includes great acts like Dorrough, Blue The Misfit, DJ Blake Ward, DJ Inzo and more. Dorrough brings the ruckus with hard hitting jams, and was partly responsible for the 2012 love letter to Dallas, “Triple D Anthem.” Blue, The Misfit is ever present hip-hop shining jewel of The Big D. The DJs for the night will reach every corner of dance tunes from trap to house to hip-hop to R&B. — RA