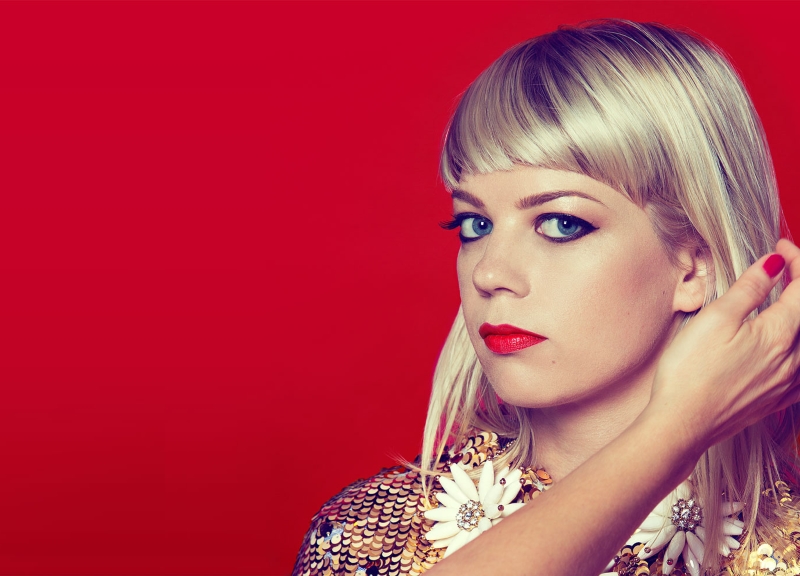 She's a cruel mistress indeed. But one thing the Internet hasn't killed off — and has actually helped thrive — is the whole planning your evening thing. Simply peruse the Internet-based list below and choose your own adventure. — Cory Graves

Basia Bulat at Three Links
Basia Bulat is a Canadian folk singer known for her use of the autoharp. Her latest album, Good Advice, came out last month, which brings her to town. Her songs have a remarkable power to them,and, in fact, have been adapted by symphony orchestras before. Twin Limb opens. — Paul Wedding

Adult Books at Rubber Gloves
Every year around this time, Texas gets flooded with musicians from all over the U.S. — and the world for that matter. The DFW area is lucky to be located north of the clustermuck in Austin, so it grabs on to a few of these bands heading down to SXSW. Performing at Rubber Gloves in Denton will be Adult Books. Being from California they may have picked up on some surf influence, and added it to their pop-punk style. They sound like a sped up version of surfer dudes doing kickflips over cacti — whatever that means. Traveling all the way for the far off land of San Antone are The Rich Hands. The band is young, but they have the skill of vets. They are party-punk at its finest. — Roberto Aguilar

Eli “Paperboy” Reed at Cambridge Room
Brooklyn's blue-eyed soul revivalist leans a little more gospel on his upcoming fifth LP, which is due out on Yep Roc this June. That's largely due to the time he spent between records learning to sing in church under the tutelage of noted gospel singer Mitty Collier in Chicago.mJeremy & thhe Harlequins opens. — CG

Junior Boys, Jessy Lanza at Dada
A few months after headlining this same venue as part of a Sound Select show curated by Gorilla vs Bear, Canadian electro-popper Jessy Lanza is back. Said our Porttia Portis of her last swim through Dada: “Headliner Jessy Lanza's night-closing style was more relaxed, mixing hip-hop and ambient sounds into a hazy, compelling blend. She laced her signature, soft vocals with backing sounds from her keyboard, plus accompanying electric drums courtesy of a friend simply known as Tori. Her style of underscoring concise production with minimal lyrics allowed for the listeners to fill in the gaps with their own dance movies, vibing to the music with few distractions.” — CG

Milk & Bone at The Prophet Bar (Small Room)
Little more than a year since the release of its debut record, Montreal synth-pop duo Milk & Bone headlines one of two shows in this building this evening, on its way home from SXSW. — CG

So Much Light at The Prophet Bar (Big Room)
Typically, Damien Verrett can be found fronting Sacramento math rock outfit The Speed of Sound. Instead of taking time off during that band's downtime, he spends his potential free time making Sufjan-leaning indie music under the So Much Light moniker. Poppy Xander and Hayden Stanford open. — CG

Pizza for Puppies at Il Cane Rosso
In recent days pizza slinger/red dog lover Jay Jerrier announced he's opening a dog rescue in Carrollton this spring. In the meantime, he'll help all the dogs he can in other ways. For instance, this evening, all the money made at the flagship Cane Rosso will go to help the surviving dogs of a South Texas animal shelter that recently caught fire. So have a heart, and a slice. — CG T