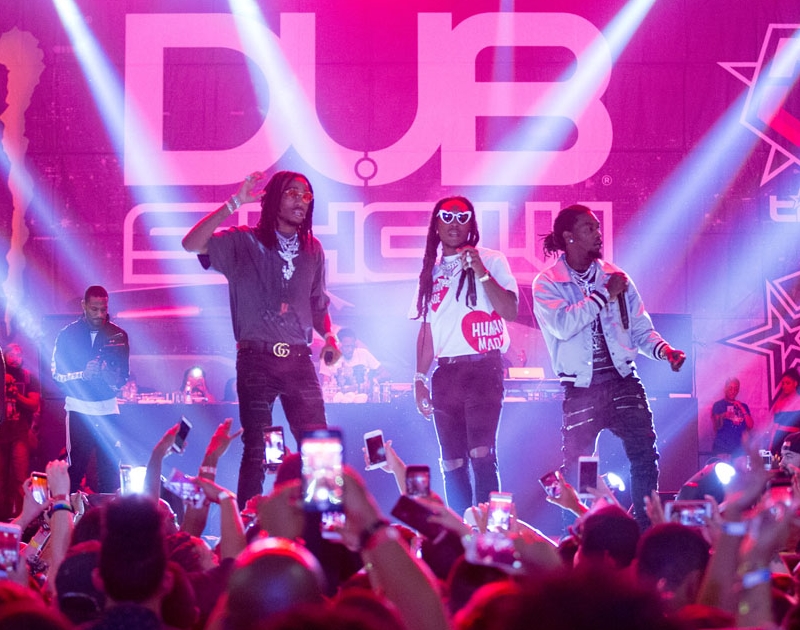 Come Together With The Best Minds in the State, Fight it Out at UFC’s Next PPV, Eat Some Green Chilis, Try to Find a Secret DIY Music Fest, Ride or Die at the Dub Show or Cheer on the ‘Boys.

This probably won’t come as a huge shock, but most of those crosswalk buttons don’t actually do anything. Gasp! Neither do the close doors buttons on elevators, for that matter. Hell, the thermostat in your office might not be hooked up to anything, either.

They’re all there as placebos, giving us the illusion of control. When we think we have some semblance of power it stops us from doing things like crossing the street without looking, or constantly complaining to our managers about the temperature at work.

But there is something you absolutely do control, and that’s exactly where and how you’ll spend your next three days. We’ll offer up some suggestions below, but they’re just that – suggestions. Ultimately, the choice is totally yours to make. — Cory Graves

Scratch Session: DJ Jazzy Jeff at It’ll Do Club
The Fresh Prince won’t be there as his hype man, but at least his ’90s Bel-Air beats will be. — Pauline Esguerra

MxPx at Canton Hall
The venerable punk band is promoting this gig as its first since frontman Mike Herrera’s become a full-time Texas resident. (We hear he lives in Austin now.) — Pete Freedman

Dale Watson at Mama Tried
Watson is revered as a “true country troubadour,” “chicken shit bingo pioneer” and “keeper of the flame,” but above all, he’s a bona-fide metropolitan country legend. Summer Dean opens. — CG

A Special Evening with Sonia Sotomayor at Wyly Theatre (Sold Out)
The third woman Supreme Court justice — and first Hispanic — will talk about many things. Perhaps she’ll mention her two new books or about that time she saved Major League Baseball from a strike in 1995. — CG

Vicetone at Stereo Live
At one time, this Dutch progressive house duo was considered the 36th best in the world. That’s something. — CG

Shane Smith & the Saints at Billy Bob’s
Shane Smith & The Saints are a folk rock band spawning in the wave of folk-rock bands that came after Mumford and Sons got big. They sound a lot like Mumford and Sons as well, whether you consider that a good or bad thing is up to you. Alls we know is they’re starting to get really big themselves. As are openers Shea Abshire & the Nighthowlers and Jamie Wyatt for that matter. — Paul Wedding

Champ Fest at ???
This one will see 30 loud and fast local bands sharing a house party bill in Oak Cliff. For the address, hit up From Parts Unknown, Sub-Sahara, Sunbuzzed, Thyroids or one of the many others slated to play. — CG

Joshua Ray Walker Pre-Order Party at Double Wide
Walker’s debut album for State Fair Records drops in January, but the first single is out this weekend. Celebrate that fact with a full band set from Walker (where he’ll play every song on the album) and pre-ordering a vinyl copy of the album. Pedigo’s Magic Pilsner and Vincent Neil Emerson also perform. — CG

Phil Anselmo & the Illegals at Trees
Anselmo has spent more than 30 years fronting some of the biggest metal acts on the planet — including Arlington’s own Pantera. His solo project is a mixture of the groove, thrash and punk-tinged grind metal subgenres that the performer has dabbled separately in with some of his past outfits, all mashed together and delivered with a brand of unbridled aggression that likely surprised even some of Anselmo’s most devout followers. King Parrot, Flesh Hoarder, The Black Moriah and The Crimson Veil open. — CG

Dru Hill, Sisqo at House of Blues
The “Thong Song” singer and the ’90s hip-hop boy band he was in before that song’s release show up in tandem. — CG

Alice in Chains at Toyota Music Factory
Not just on a greatest hits run, the heavy outfit with the complex harmonies released a new album just last weekend – its third since the death of original singer Layne Staley. — CG

Ima Let U Finish at Three Links
Beyonce may have put out the best music video of all time, but this is the best Kanye tribute band of all time. — CG

Hatch Green Chile Festival at Dan’s Silverleaf
Kim Nall, Bonnie & Chuck Norris and The Sutcliffes all perform, but I have a feeling the green chili feast out on the back patio is the real star of this show. — CG

Dallas Chocolate Festival at F.I.G.
The future of chocolate is now, with demos, classes, workshops and plenty to taste. — CG

The Dallas Pin & Patch Show 2 at Deep Ellum Art Co.
Denim jacket season will be here before you know it. Score some new flair to snazz up that bad boy. — CG

Mousey at Ochre House
Toy Story goes dark when the respective Woodys and Buzzs in this musical start questioning their existence, and whether there’s more to life than being a child’s plaything. Catch it before it’s gone this weekend. — CG

The Offspring, 311 at WinStar World Casino and Resort
To kick off this tour, the ‘90s giants recorded cover versions of each other’s biggest hits. The boys still know how to have fun. Gym Class Heroes open. — CG

Hay Festival at The Wild Detectives
For the first time, this annual Latin American literary event will be held in America, hosting the next generation of great writers from around the world. — CG

Matt & Kim at Texas Live
Aggressively happy indie duo Matt & Kim have come a long way since the days it was playing shows around town at DIY spots like 1919 Hemphill. This time they take over the Texas Rangers’ new entertainment complex. — CG

Alina Baraz at Granada Theater
Three years ago Baraz was little more than a person with a Soundcloud account and a single photo of herself online. Now she’s dominating with her widely circulated electro-pop racking up more than 92 million plays on Spotify. — CG

Mickey Gilley at Stagecoach Ballroom
Country’s legendary ivory-tickler is still at it – long after his namesake bar in Pasadena bit the dust. — CG

Brewfest at Dallas Farmers Market
Over 400 local, national and international craft brews will be on hand to sample. — CG

Dallas Cowboys watch party at Granada Theater
No Romo, no Dez, no Witten, no Dan Bailey, but the Cowboys are, apparently, still playing football this season. See how they fare – and on a big screen, no less – at this, one of many season opening watch parties this weekend. — CG

Game Day BBQ Throwdown at Wheelhouse
It’s Carolina vs Texas at this showdown of barbecue styles in honor of the Cowboys’ opening day match against the Carolina Panthers. Community Beer Co. will bring a little something to help wash it all down. — CG

The Knot Experience at sixty five hundred/strong>
The most popular bridal mag of them all brings together all the hippest wedding vendors for planning purposes. — CG

Gary Numan at Canton Hall
Gary Numan is often considered a pioneer of commercial electronic music and has a devoted cult fan following. The singer-songwriter from England has released an album last year called, Savage (Songs from a Broken World). You might recognize him from his big hits like “Are “Friends” Electric?” and “Cars.” If not, check him out tonight and see what you’ve been missing all along. — Marlene Núñez

Gay Day at Six Flags Over Texas
When you’re into both pride and rides. — CG

The Sound of Music at Majestic Theatre
How do you solve a problem like Maria? — CG

Michael Nesmith at Kessler Theater
Hey, hey, who is cooler, the former Monkee, or his Dallas-native mother who invented liquid paper? — CG