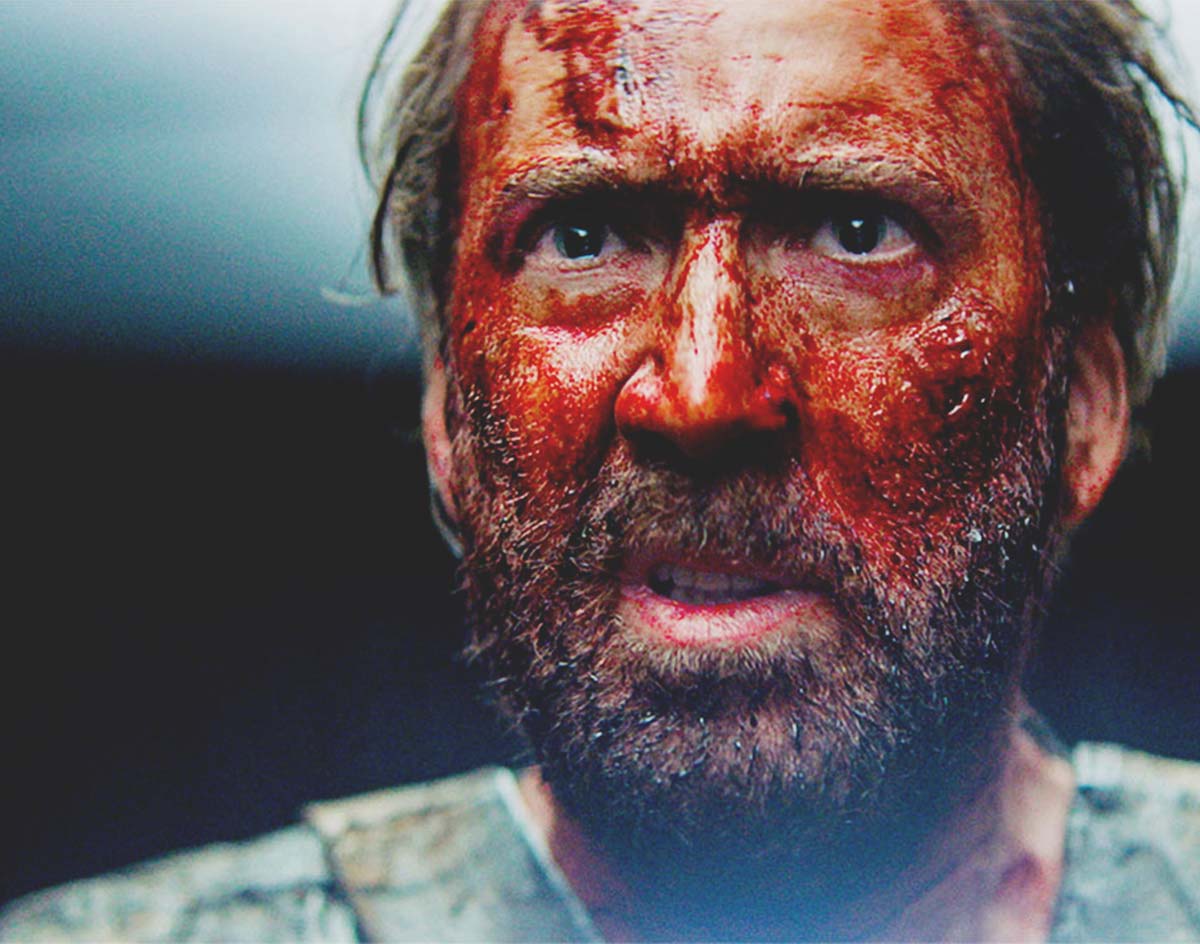 On The Predator, White Boy Rick, Mandy And The Rest Of September 2018’s Top New Releases, Limited Showings and Repertory Screenings Around Dallas.

Well, September’s already here. And, unlike the sad cousin of January that it usually is in the theaters, this year’s version is actually not the typical black hole we’ve come to expect!

For one thing, we’re getting a new Shane Black movie, which is always cause for celebration. Plus, there’s a new comedy featuring the star and director of Girls Trip. Oh, and there’s also a big old-fashioned tear-jerker from the creator of This Is Us.

Meanwhile, we haven’t event talked about the fact that there’s a new, possibly good Nicolas Cage movie on the docket, along with darkly comedic western with a stellar cast! Nor have we yet discussed how, on the repertory side, we’ve can look forward to look-backs at an underrated horror-comedy, a sweet French musical and Hitchcock in 33D.

Sounds like a September to remember, if you ask me.

The Predator.
Director: Shane Black.
Writers: Shane Black, Fred Dekker.
Cast: Boyd Holbrook, Sterling K. Brown, Jacob Tremblay, Olivia Munn.
Opens: Friday, September 14.
Predator has had a lot of false starts as a franchise, and only the original with Arnold Schwarzenegger has been completely successful. But if anyone can make it viable, exciting and a cut above other reboots, it’s Shane Black, whose sarcastic tone has made the most ridiculous of premises work before. This cast of excellent actors, many of whom are taking their first crack at an action flick here, should make this a great summer movie we just happen to get in September.

Life Itself.
Director: Dan Fogelman.
Writer: Dan Fogelman.
Cast: Oscar Isaac, Olivia Wilde, Annette Bening, Antonio Banderas.
Opens: Friday, September 21.
Like millions of Americans, I tune in weekly to This Is Us to get my cry on. Sue me. It’s a well-crafted, well-acted tearjerker that gives me something no other TV show does. Now, creator Dan Fogelman has assembled an all-star cast to make you sob as hard as possible in the theaters, just as he does on TV. I don’t know how all these people are connected, and the whole might end up being a complete mess, but I’m already packing my Kleenex for this drama.

Night School.
Director: Malcolm D. Lee.
Writers: Kevin Hart, Harry Ratchford, Joey Wells, Matthew Kellard, Nicholas Stoller, John Hamburg.
Cast: Kevin Hart, Tiffany Haddish, Rob Riggle, Ben Schwartz.
Opens: Friday, September 28.
Kevin Hart seems committed to remaking every ’80s movie, whether it’s officially (About Last Night) or unofficially (Ride Along is basically 48 Hrs.), and now he’s teaming up with Tiffany Haddish to do a riff on Back to School. Although the mileage may vary on how funny you find them, these are two of the biggest comic actors on the planet right now, and I’m expecting a very funny if very forgettable movie here. It won’t be a career highlight for either of them, but should definitely be an entertaining romp.

The Little Stranger.
Director: Lenny Abrahamson.
Writer: Lucinda Cox.
Cast: Domhnall Gleeson, Ruth Wilson, Will Poulter, Charlotte Rampling.
It seems odd that Focus Features is hiding this haunted house movie made by an Oscar-nominated director — and one with pretty good reviews, at that. Domhnall Gleeson, one of the very best actors working today, plays a therapist called to a remote manor to treat a wounded war veteran with PTSD (Will Poulter) who’s convinced there are ghosts around. Of course, there are also plenty of dark family secrets. This type of movie is absolutely my jam, so I’m all in (even if it’s bound to be more spooky than truly scary).

Mandy.
Director: Panos Cosmatos.
Writers: Panos Cosmatos, Aaron Stewart-Ahn.
Cast: Nicolas Cage, Andrea Riseborough, Linus Roache, Bill Duke.
Many people divide Nicolas Cage movies into two categories — the good and the bad. But there are actually three categories of his performances: engaged, phoning it in and completely unhinged. This is the third. Here, we have an absolutely bonkers, impossible-to-classify outing from Panos Cosmatos, who doesn’t compromise whatsoever. I mean, this thing has Cage wielding a chainsaw! That should be enough for you to decide if you’re in or out.

The Sisters Brothers.
Director: Jacques Audiard.
Writers: Jacques Audiard, Thomas Bidegain.
Cast: John C. Reilly, Joaquin Phoenix, Jake Gyllenhaal, Riz Ahmed.
John C. Reilly and Joaquin Phoenix teaming up would be enough to hook me, but I’m even more excited because this one’s a darkly comedic Western about a pair of outlaws out to rob a prospector (Riz Ahmed) and a bounty hunter (Jake Gyllenhaal). This is the French director’s first English-language film, and his first project with a sense of humor. If this is anything like True Grit or Slow West, I’m going to be over the moon.

Support the Girls.
Director: Andrew Bujalski.
Writer: Andrew Bujalski.
Cast: Regina Hall, Haley Lu Richardson, Dylan Gelula, Zoe Graham.
Regina Hall plays the manager of a struggling Hooters knock-off in this acclaimed indie comedy. Writer-director Andrew Bujalski has evolved from his very dry, black-and-white efforts to his more colorful, big-hearted, shot-in-Texas projects like the rival personal trainers in love rom-com Results. This one has gotten raves since it premiered at South by Southwest, and it could be Bujalski’s breakout.

Dial M for Murder.
Director: Alfred Hitchcock.
Writer: Frederick Knott.
Cast: Ray Milland, Grace Kelly, Robert Cummings, John Williams.
Playing At: The Magnolia.
Showing: Tuesday, September 11.
Alfred Hitchcock’s only foray into 3D, this dark film isn’t on the level with his best films like Rear Window and Rebecca. But it’s still a nail-biter, and this is one of the rare cases where this presentation is actually even better than it was when it was originally released. Its initial 3D presentation rarely worked, causing most theaters to just show it in 2D. But a 2013 restoration made it pop, and any time you can see an actual 3D movie in 3D, you gotta do it.

The Umbrellas of Cherbourg.
Director: Jacques Demy.
Writer: Jacques Demy.
Cast: Catherine Deneuve, Nino Castelnuovo, Anne Vernon, Marc Michel.
Playing At: Saturday, September 22.
Showing: Texas Theatre.
Be forewarned: There’s no dialogue in this French delight. Every line is sung, but it’s lovely and sad and joyous. It was a big influence on La La Land, but even detractors of that movie will probably find something to love in this story of a relationship torn apart and the regret and happy memories that intertwine.