The State Fair Opens This Weekend. Here’s Everything Else That’s Happening in Town. 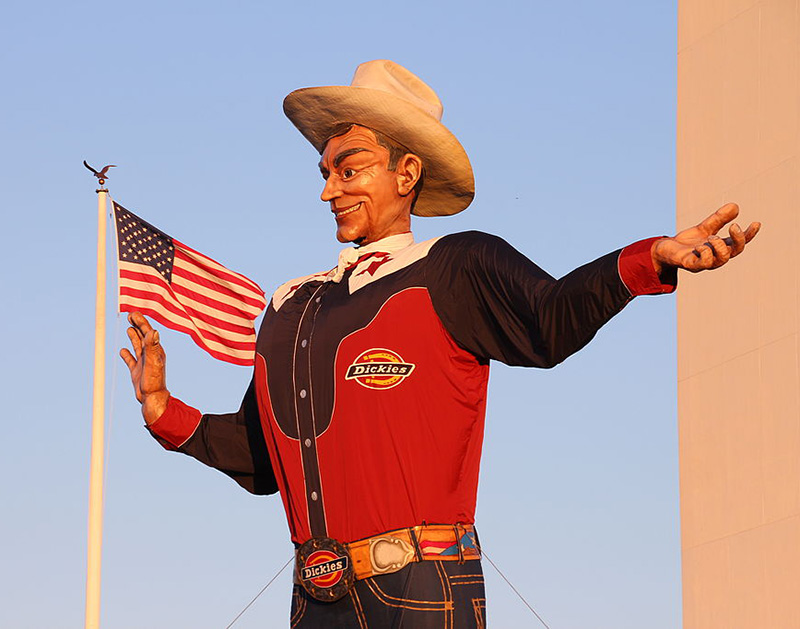 Eat Fried Everything at the State Fair, Swoon Over Spicy Alejandro Fernandez, Partake in Gelato History, Snap Away at a Polaroid Convention and More.

Last weekend, three people literally stole a shark from the San Antonio Aquarium and smuggled it out in a baby stroller. Like, literally. They walked up to the interactive tide pool exhibit, used their own net, and strolled their merry way out, driving away in a red pickup truck.

The shark’s back now, safe and unharmed in the aquarium, and one of the suspects is in custody. Talk about dumb and unlucky.

It doesn’t take a genius to know that such egregious crimes never end up paying. On the other hand, it always pays to check our list of weekend happenings before heading out. — Claire Lin

Cleopatra at Bass Performance Hall
The last time this show was played in Dallas was nine years ago, and it was only played twice. This time, the ballet is new and re-imagined. — CL

Opening Day at State Fair of Texas
Gates open at 10 a.m. with a ceremony and ribbon cutting. Then the month-long fried food binge commences. Here’s what they’re batter-dipping this year. — CL

7th Annual IFS PolaWalk at the State Fair of Texas
In conjunction with the third-annual PolaCon (see below), lovers of analog instant film will be walking around the fair snapping and swapping happy photos and meeting one another. — CL

PolaCon III
Pola is for Polaroid. This will be the third annual three-day convention where instant-film lovers gather for several activities, swaps and talks. Find the full weekend rundown here. — CL

The Fibs (Album Release) at Main At South Side
The band liked the producers of its first record so much — Dreamy Soundz’ Jennifer and Robby Rux — that they invited them to become full-fledged members this time around. The Ruxes even reprised their roles behind the glass this time too, putting a slicker sheen on things this time around. — CG

Oktoberfest Fort Worth at Panther Island
Day two of this fest is complete with indoor and outdoor biergartens, dancing and German games. Don’t forget to sign up for the stein hoisting competition. Prost! — CL

McKinney Oktoberfest at Historic Downtown McKinney
Just another one of the many German-themed beer fests that are happening in DFW. — CL

Seysei Video Premiere Party at Thanksgiving Tower
For only $5, attendees can jam out and receive complementary henna. — CL

Yawpers at Double Wide
Hailing from Colorado, the Yawpers got their name from a Walt Whitman poem, “Song of Myself,” which goes “I sound my barbaric yawp over the roofs of the world.” Yawp on with the rowdy Bloodshot-signed outfit. — CL

Willow  at Texas Theatre
Celebrate the 30th anniversary of Willow with this 4K restoration. Because who doesn’t love a classic hero archetype? — CL

Lord Huron at The Bomb Factory
Touring for his new baby, Vide Noir, Ben Schneider found inspiration by wandering aimlessly through the streets of L.A. at night. After a turn at this year’s Old 97’s County Fair, the band’s back in town to headline a big show of its own. — CL

Taste of the Fair at Main Street Garden Park
Try a handful of this year’s fair foods — without having to fight through the fair crowds or convert your dough into coupons. The event runs from 11 a.m. to 3 p.m. — CG

State Fair Classic (Prairie View vs Grambling) at The Cotton Bowl
This annual match began in 1925, so it’s like being a part of history when you attend. And of the three big college games that’ll go down during the fair’s run, this one will have far and away the best half time show. — CL

Morris Day & the Time, Sevyn Streeter at State Fair
Fun fact: Morris Day used to be in a band with Prince. The show’s free with your fair admission. — CL

Florence + the Machine at Toyota Music Factory
Florence Welch is the first British female headliner of this century, and that’s the tea. — CL

Future Generations at Three Links
This older boy band writes together, tours together and even lives together in a quaint Brooklyn apartment. Their camaraderie is central to their music. — CL

MC50 at Granada Theater
On tour for the 50th anniversary of seminal proto-punk album, Kick Out the Jams, MC50 says it’s some of the memorable work they’ve ever done. Joining frontman Wayne Kramer is a supergroup of hired guns including Soundgarden’s Kim Thayil on guitar. Kick ’em out! — CL

The Roots at WinStar World Casino and Resort
Because they are currently serving as the house band for Jimmy Fallon’s The Tonight Show, their live shows are rare and that much more magical. — CL

Endless Night Vampire Ball at The Church
Dance the dark night away with blood-suckers like yourself. — CL

Return of the Masquerade at Longhorn Ballroom
Intentionally coinciding with Black Gay Pride 2018 weekend, the infamous masquerade ball is all about Southern pride, competition and black elegance. — CL

Gelato Festival at Dallas Farmers Market
Gelato Festival Dallas is just one of the many artisan gelato competitions happening in America over the course of three years, that will result in only one chosen finalist to compete in the grand finals in Italy, 2021, for the title of the Gelato Festival World Master. What?! — CL

Eric Mancini Solo Exhibition at Stomping Ground Comedy Theater
This Denton-born artist will be sharing a whole new collection of his work, alongside comedians who will be roasting said artwork. — CL

Extreme Body Painting Music & Art Exhibition 2 at Deep Ellum Art Co.
Only $15 at the door for an experience of witnessing extreme body art with prosthetics and a DJ. To see pictures of Exhibition 1, click here. — CL

Rebel Role Model at Hollow Hill Ranch
This is a two-day weekend of fun and focus for CEOs and hustlers, purposed to bridge the gap between millennial and other consumers with newly emerging technology. — CL

Chris Kattan at Hyena’s (Dallas)
He’s best known for being on Saturday Night Live, where he brought outlandish characters like Mr. Peepers to life, but he’s still kicking ass and taking names with this popular stand-up act. — CL

Southern Throwdown at The Bomb Factory (Free)
This free show is all about sick motorcycles, rad vans and live music. — CL

Lauryn Hill at Toyota Music Factory
It’s the 20th anniversary tour of The Miseducation of Lauryn Hill, which first debuted as  No. 1 on the Billboard 200. — CL

Aaron Lee Tasjan at Main At South Side
This quirky, weed-smokin’ musician is out with a new record, Karma For Cheap, which channels the English Invasion swirled with Southern Californian vibes — like The Beatles at the beach. — CL

Oktoberfeast at Legacy Hall
Legacy Hall will be having its very first Oktoberfest celebration over the course of four days, this day being the last. — CL

Just Kanye at RBC
Unfortunately, Kanye West won’t actually be there. But Blue, the Misfit here will be, spinning his tunes, both old and new. It’s his last act before moving away to New York. — CL

Nothing But Thieves at Granada Theater (Sold Out)
You’re lucky if you were able to snag a ticket to see these beaus. All the rest of us will be living vicariously through your Snapchat videos. — CL

Lydia Lunch Retrovirus at Three Links
Since ’76, Lydia Lunch has been in the business of creating uncomfortably confrontational music. She’s not done yet. Locals Hoaries and Little Beards open. — CL