Things To Do in Dallas This Weekend 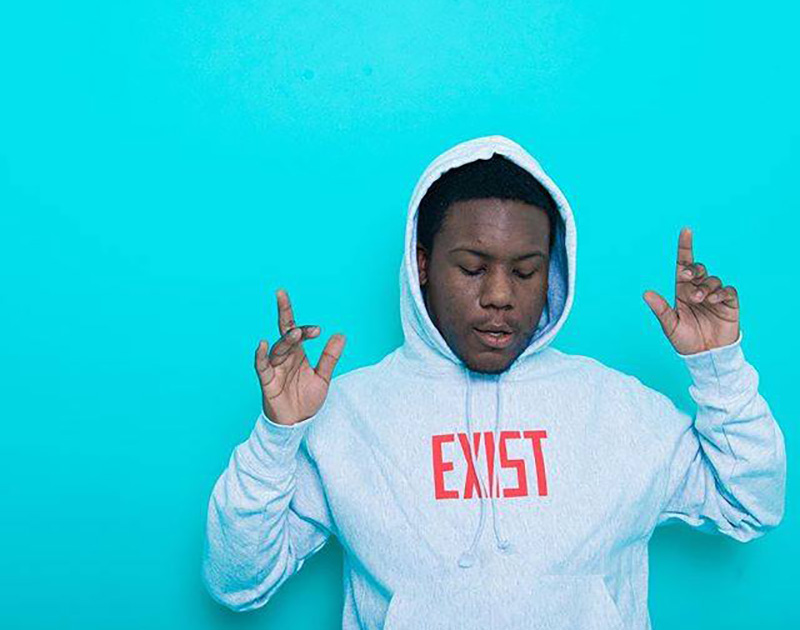 Get Down At Homegrown Fest At  Main Street Garden Park, Be Lazy With Skizzy Mars At House Of Blues And Celebrate Dallas’ Artistic Spirit At Array’s Showcase At Canton Hall And The Bomb Factory.

After all of Donald Trump’s efforts to dissemble the Affordable Healthcare Act, there is one policy of Barack Obama’s that Trump does support and in fact pushed over the line to take effect starting this past Monday.

Restaurants will now have to provide calorie counts on menus or packaging for food, meaning that not knowing will no longer be an excuse for all of the Taco Bell and other crap you might eat. While it sounds a bit like an intrusion, this could be the beginning of curbing our nation’s problem with obesity and related chronic health issues.

CNN reports that consumers who are mindful of their calorie intake will take in about 50 percent less calories than those who are unaware. While that may not seem like a lot, the long term effects of this bill could be the push Americans need to start caring about what we put in our bodies. Hope you enjoyed the sweet bliss of ignorance while it lasted.

So if you feel like going out with a bang this week before you start being a bit more health conscious next week, maybe check out these 18 great quesos around Dallas and then burn off some calories at the great concerts and events happening in DFW this weekend. — Jacob Besser

Jenny & The Mexicats at Three Links
Originally formed in 2008 in Spain, Jenny & The Mexicats play a blend of folk, jazz, cumbia and flamenco. The band’s fusion-style of music lends itself perfectly for the festival circuit, but tonight, Dallas gets a whole set all to itself. Yeah, Dallas. Get it. — JB

Mushroomhead at Trees
Put that lip-ring back in because nu-metal heavyweight Mushroomhead will be at Trees playing all your favorite metalhead bangers. Vyces, Gabriel & the Apocalypse, Ventana, Project Rogue and Rivethead also perform. — JB

Bilal at 2513 Main Street (formerly The Door)
The enigmatic neo-soul/R&B artist isn’t releasing new music and albums left and right every other day, but throughout the years, he’s collaborated with some of the biggest names in the game, including but not limited to the likes of local legend Erykah Badu, Kendrick Lamar, The Roots, Lupe Fiasco and many many more. If Bilal’s in town, it’s bound to be a musical celebration. — Obed Manuel

Matthew Mayfield at Prophet Bar
Alabama’s Matthew Mayfield has been rolling solo for about a decade now since his original act, Moses Mayfiield, was forced to disband after being dropped by its record label. Still, the Americana singer -songwriter kept doing his thing, writing songs and singing them straight from the heart. He’ll do just that tonight for his Dallas fans.. D and Chi, Hayden Stanford and Drew Cooper also perform. — OM

Dr. Dog at Granada Theater
You don’t get to be one of the most talked about indie outfits of the past decade without putting out some fantastic songs. Dr. Dog will be at the Granada Theater. American blues artist Son Little opens. — JB

Babymetal at House of Blues
The kawaii-metal band has been turning heads in the States ever since their appearance on the Stephen Colbert Show and now tonight’s show is well and sold out with tickets being resold for a hefty price.  — JB

Lynyrd Skynyrd at Dos Equis Pavilion
This is literally your last chance to hear “Freebird” in Dallas as played by the band that originally recorded that classic jam. Bad Company, Jamey Johnson and Outlaws. — JB

BBCUE at The Nines
Enjoy a fooftop cookout and disco and throwback hip hop jams played by Yung Wave all night. — JB

Little Pink House at Magnolia Theatre
Catherine Keener and Jeanne Tripplehorn star in the movie Little Pink House, based on the true story of a woman’s fight against a big corporation who are trying to bulldoze her blue-collar neighborhood. — JB

Boy Band Video Dance Party at Alamo Drafthouse Cedars
If you have a love for boys who wear similar outfits and sing and dance in unison, then you should head over to the Cedars Alamo Drafthouse for a night of dancing along to some of the best boy band cuts from the 80’s,90’s, and the 00’s, including such classic artists as The Backstreet Boys, New Kids On the Block, Boyz II Men, NSYNC and One Direction. — JB

Array at The Bomb Factory
SOLUNA International Music & Arts is presenting Array, a festival that pairs acts such as Big Gigantic, Jacob Banks, Nas, and pairs them with Dallas music groups including: Dallas Mavericks Drumline, BTWHSPVA Gospel Choir, Dallas Symphony, Dallas Neoclassical Ballet and more! It is gonna be a unforgettable night of Dallas artists and amazing performances. — JB

Array Art Installations at Canton Hall
Meanwhile next door, six of Dallas’ most creative artists will present brand new art installations inspired by STEM that will test all of your senses with various  light and touch based works. This portion of Array is free. — OM

EDM Rehab at The Parker’s Plantation
What do 16 DJs, numerous Go-Go Dancers, fire and hoops performers, a tattoo shop and great food trucks all have in common? They’ll all be at this EDM bash in Denton. Grab your glow sticks and prepare yourself for the healing power of EDM. — JB

Skizzy Mars at House of Blues
New York’s Skizzy Mars may still be in the early years of his career, but with a number of hits already under his belt, the sky is indeed the limit for this rising star. Sketch comic Oliver Tree is will warm up the crowd. Do note this trademark chili-bowl haircut. — JB

Homegrown Fest at Main Street Garden Park
Despite some uncertainty, the fest is on! And the lineup is stacked. Performing will be Alvvays, Roky Erickson, Explosions in the Sky, Ume, Sad Cops, {DARYL}, Vodi, Duell, Medicine Man Revival, The Black Angels and Acid Carousel. — JB

Salsa and Bachata on the Bridge at Contintental Pedestrian Bridge
You know how you love salsa dancing, but wish it was on the Continental Pedestrian Bridge with a lot of people? Well your dream is finally coming true. On Saturday from 4-7 p.m. you have an opportunity to dance  salsa and bachata until you just can’t anymore or it’s 7 p.m.  — whichever comes first. — JB

Deep Ellum Social 2018
Get weird with the funny, yet equally brutal band, Pyshcostick, the tear-jerking ballads of Whiskeydick, Eyes Set to Kill, Light the Fire and many more. — JB

Deorro at Stereo Live Dallas
He began playing local shows at the age of 14 and by the age of 17 he was producing his own tracks. Last year he released his debut album, Good Evening, containing a set of 26 songs. During his career he has collaborated with other talents such as Steve Aoki, Diplo and Elvis Crespo. Tonight, this Latinx DJ is breaking it down at Stereo Live Dallas — that’s a promise. — Marlene Nuñez

Weezing at Granada Theater
The Weezer Tribute band will be playing all the hits from Pinkerton to Make Believe and even Raditude. Joining it will be Hootie and The Gin Sprockets and Red Hot Chili Peppers cover band Pepper Theft. — OM

Brandon Boyd (of Incubus): OptiMystic at Samuel Lynne Galleries
Following the success of Incubus, frontman Brandon Boyd’s work as a visual artist has been slowly building up a reputation of its own. He is premiering his newest exhibition, OptiMystic, here in Dallas, and yes, Boyd will be in attendance at the opening reception. — JB

TUPPS Brewery Three-Year Anniversary
A $25 ticket gets you general admission to this throwdown where the TUPPS staff will have 20 beers on tap, three of which will be new releases. — OM

Saturday Night Fever: Texas Turn Up With Lil Keke at The Nines
This bangin’ rooftop party kicks off at 9 p.m. and will feature Screwed Up Click member Lil Keke doing his thing and teaching everybody that you just “Don’t Mess Wit Texas.” — OM

Whose Live Anyway? at Majestic Theatre
Ryan Stiles, Drew Carey, Greg Proops, Jeff B. Davis and Joel Murray will be putting on a live improv show in the style of ’90s hit Whose Line Is It Anyway? — OM

The Lighthouse and The Whaler at Cambridge Room
The Cleveland-based, Moby Dick-referencing, literary-minded indie-rock outift The Lighthouse & The Whaler drops by Dallas tonight. Vita and the Woolf opens. — Cory Graves

Buddy Guy & Jonny Lang at Verizon Theatre
Buddy Long is a blues guitarist who paved the way for greats like Jimi Hendrix and Eric Clapton. Tonight’s a chance to pay him homage. Jonny Lang will join Guy as they show off their blues chops and amazing guitar work. — Gina Torres

Soul Sundays at High & Tight Barbershop
The best way to spend a Sunday night is jamming out to some groovy soul tunes. — GT

Breakfast at Tiffany’s Mother’s Day Brunch at Alamo Drafthouse Cedars
Treat your mom to a great film for Mother’s day. She has done a lot for you, the least you could do is sit through a 75-minute movie and eat some brunch with her. — GT