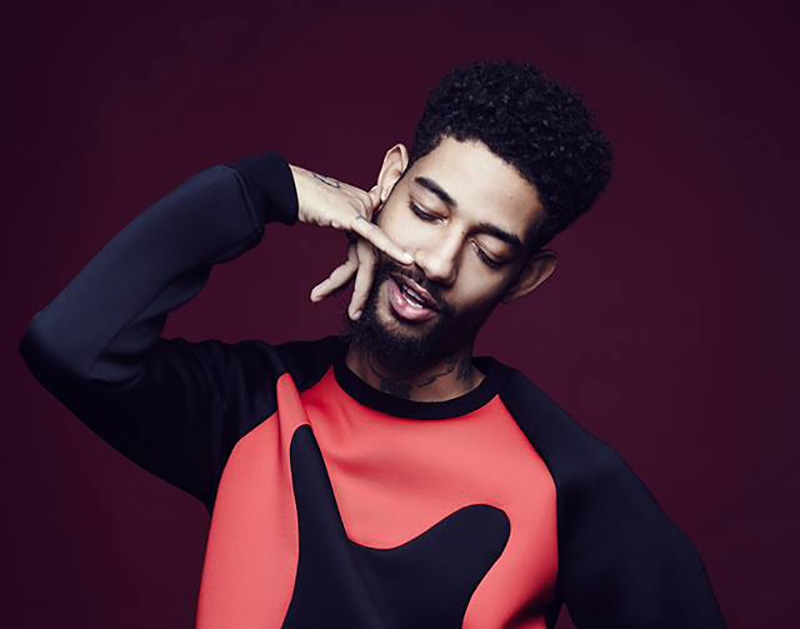 Catch These Vibes With PnB Rock At House Of Blues, Celebrate Three Years Of BrainDead Brewing Company And Sail With Awolnation At The Pavilion At Toyota Music Factory.

If you’re a fan of Jameson and craft beer — local craft beer in particular — then look no farther than this week’s On Tap! brew to find something that combines the two.

This week, our beer reviewer singled out Martin House Brewing’s new addition The Morrigan. The Morrigan is the product of a collaboration between Irish whiskey maker Jameson and the Fort Worth brewery.

The brew packs a mean punch in its ABV content and smells like Jameson. At the same time, each sip brings out the barleywine brew’s own caramel and dried fruit flavors. The beer is only available in two-can pack format, right now, but per our reviewer, it’s well worth it.

So if you’re looking to get a good buzz going this weekend, you might want to pick up a two-pack of The Morrigan and down it — you know, as long as you’re not the designated driver — before heading out to one of the following events going on in town this weekend. — Obed Manuel

Matthew McNeal at Three Links
North Texas singer and songwriter, Matthew McNeal will be debuting his sophomore album Good Luck, a fusion of alt-country and Americana. Special guests Corners and A.J. Legrande will join him on this celebratory night. — Gina Torres

Blake Shelton at American Airlines Center
People magazine’s “Sexiest Man Alive” in 2017 is in Dallas with all his sexiness in tow. — OM

The Classic Crime at Prophet Bar
Seattle’s The Classic Crime is touring in support of How To Be Human, the band’s latest release since a 2014 acoustic album. Duo Matt & Toby opens the show. — GT

Fozzy at Canton Hall
Frontman Chris Jericho knows how to rock it not only in the wrestling ring but also on stage. Also, it’s Wrestlemania season and who knows, maybe he’ll drop a hint about being there or not. Through Fire, Santa Cruz and Dark Sky Choir also perform. — OM

Mija at It’ll do Club
The Never B Alone tour brings DJ Mija to big D to get the crowds at It’ll Do moving and grooving. Staying alone at home tonight is for sure not an option. — GT

COIN at Granada Theater
COIN’s fast-paced indie pop rock tunes and stage energy are the primary factors in the band’s almost immediate impact on the scene. The release of “Talk Too Much” only emboldened the band’s profile and out it on the radars of mainstream crowds everywhere. And that’s why tonight’s show is sold out. So if you’re holding, get there early. The Aces opens. — OM

Toadies at The Bomb Factory
The North Texas legends are at it again. Helmet and Pleasure Club open. — OM

Schroomville at Deep Ellum Art Company
Allman Brothers tribute Schroomville embraces the soulful vocals and vibes that made the band so popular in the ‘70s. — GT

3Eighty3 at Curtain Club
The thrash metal outfit from Texas is in Big D tonight to melt your face off with a fast-paced, headbanging set. Also playing are Coilback, Ashen Verdict and many more. — OM

Bianca Del Rio at Majestic Theatre
The hurricane known as Bianca Del Rio is in town and ready to blow you away. The winner of RuPaul’s Drag Race season six has been touring around the world and will hop on over to Europe once she completes her North American tour. If you crack a rib tonight, you can Blame It On Bianco. — OM

Harms Way at The Dirty 30
The hardcore punk rock band from Chicago is in town tonight in full support of its brand new album that dropped less than a month ago. Posthuman is a continuation of the band’s usual gritty approach to the craft. — OM

Coast Modern at Trees
The Los Angeles indie pop duo’s journey started in an unexpected place as the duo collaborated on educational raps for a NASA middle school program. Luckily, its current record label found the boys after coming across a couple of songs on the web, leading to multiple singles and its full-length, self-titled debut album. — Marlene Nuñéz

Fabulous Minx at Double Wide
The bad boy (and girl) crew out of Tulsa, Okla. is in town to shake the stage at Double Wide with its own brand of rebel rock and roll that dips into elements of cowpunk and American. Bringer and Blands also perform. — OM

Typesetter at Three Links
The Chicago outfit blends a mid-2000s alternative rock vibe with a classic fast-paced style of punk that’s perfect for blowing off some steam with at the end of the week. Dead Works, Better Now and Caterpillars open. — OM

Awolnation at the Pavilion at Toyota Music Factory
The Here Come the Runts 2018 tour sails into Irving. — OM

Fort Worth Zine Fest 2k18 at Shipping & Receiving Bar
Forty area vendors will be selling zines and more than a dozen area bands will be providing the live tunes. A $5 donation is suggested at the door. Vendors will pack it all up around 9 p.m., but the music will play all night long. – OM

Jon Batiste at Kessler Theater
Batiste is perhaps best known for leading the band on The Late Show With Stephen Colbert, but tonight he’ll show off the talent that landed him the coveted gig. — OM

Eden at Trees
The Irish singer/multi-instrumentalist is in town while on his Vertigo World Tour. Of course, this show has been sold for a while, so good luck getting in to see him do his thing. — OM

George Clinton & Parliament Funkadelic at House of Blues
The pioneer of funk is on tour to remind the masses that funk is alive and well and that they, too, should be feeling it. — OM

Beer & Chips Art Festival at Noble Rey Brewing
This show is, of course, not all about chips and beer — though rest assured because there will be plenty of those two things. Works from 30 area artists will be displayed, live music will be played and the event will be kid-friendly. — OM

The Southern Belles at Deep Ellum Art Company
The only thing that could make Southern Belles cooler is if the members hit the stage in big, fluffy dresses and played the whole set in them. They haven’t (yet), so for now, just enjoy that southern psychedelic rock and roll. Sagacious Zoo and Tory Sound open. – OM

Deep Ellum Outdoor Market
Find great art and trinkets to buy made by local artisans and crafters. The weather looks promising for this one. — OM

All Out Trinity Outdoor Market
The market runs from 11 a.m. to 4 p.m. Also going on apart from the market is the 14th annual Trinity Levee Run, gravel bike ride and yoga on the bridge. — OM

The Dallas Gravel Ride
Can you win this 7.5 mile race? — OM

Emo Nite at RBC
Be sad but not alone. The one-year anniversary of Emo Nite will feature Sum 41 drummer Frank Zummo and various other special guests. — OM

La Jetée 35mm at Texas Theatre
Prior to the screening of this 1962 French sci-fi classic, the Dallas Neo-Classical Ballet will present a new work to the attending crowd that explores the perception of time, space and consciousness. — OM

Cuco at Canton Hall
The last time Cuco was in Dallas was in October. And back then, the California electronic pop/R&B artist sold out RBC immediately and then Trees the same day the show was moved to the larger venue. Now he’s playing this sold out Canton Hall show. And if you’re smart, you’ll show up early ‘cause that line is wrapping around the door for this one. August Eve and Jasper Bones opens. — OM

PnB Rock at House of Blues
PnB Rock won’t be “Selfish” tonight at House of Blues. The young artist already has already charted on the U.S. Billboard’s Hot 100 and there are surely more char-worthy hits in his future. — Kita R. Moon

Austin Eastciders Ruby Red Grapefruit Launch at Truck Yard Dallas
The Austin cider company is known for its tasty brews. And now, it’s adding Ruby Red Grapefruit to its offerings and wants you to take part in the fun. BJ Stricker & The Kings will be on hand to provide some delightful life music. — OM

BrainDead Brewing’s Three-Year Anniversary
Celebrate the three-year anniversary of one of the most fun breweries in Dallas. Surely they’ll have plenty of funtivities lined up for us on top of drinking all the beer. — OM

Puddle’s Pity Party at Majestic Theatre
At first sight, Puddles is just a sad-looking clown. That doesn’t really change as the show goes on, but one thing becomes clear right away: Puddles has a golden voice. And regardless of how he looks on stage, Puddles is in town to provide an amazing auditory experience. — OM

Neil Hillborn at Deep Ellum Art Company
Two snaps and a head nod! Get deep with Neil Hillborn, a slam poet who wows his audience with his rambunctious rhymes about his life experiences and mental disorders. Hillborn is perhaps best known for his poem “OCD,” which racked up a whopping 75 million views on YouTube. Show kicks off at 7 p.m. — KM

Martin Sexton at Kessler Theater
Joining the American singer-songwriter out of Syracuse, N.Y. at this intimate show will be Whiskey Heart. — OM

Laugh Your MASS off with Jasmine Ellis at Main at South Side
This night of music and laughs will be headlined by local comedienne Jasmine Ellis, a local talent full of energy. Ellis appeared on PBS’ Stand Up Empire back in 2016 and has performed at various festivals in Texas.  — OM

All Travis Scott Everything at RBC
Is Travis Scott actually Kylie Jenner’s baby daddy? That question won’t be answered tonight because it’s all about Scott’s music and not his tabloid life. — OM

Taste Of Bishop Arts Walking Tour
Get a taste of the best bites you can find in the Bishop Arts District. The samplings start at 1 p.m. — OM