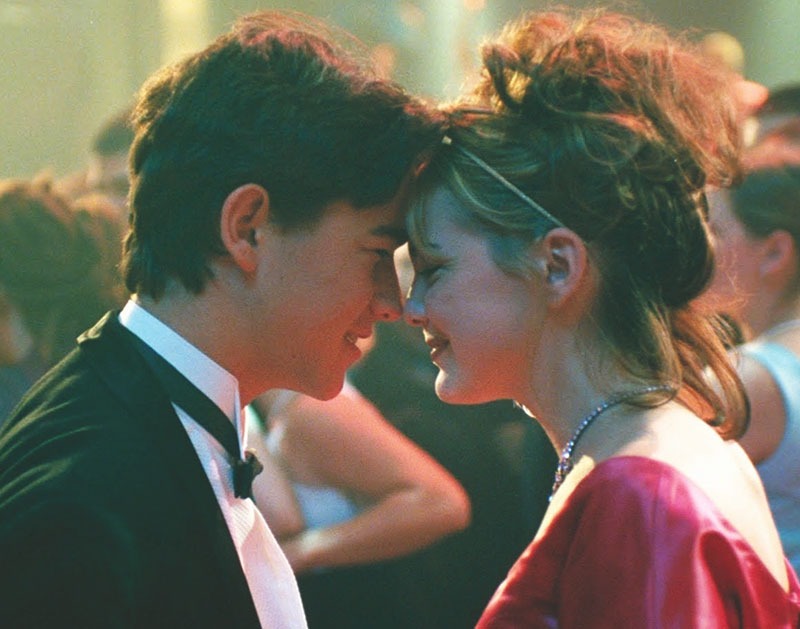 Dress Up Like Lady Gaga, Think About Rap With Logic, Spike The Punch At An Adult Prom And More Than 50 Other Things To Do This Weekend.

Well, you’ve made it through yet another week of work.

If it was a particularly tough week, you might have remarked to yourself or your coworker that your boss is a total dictator. Well, Vox took a look at how some bosses are literally like dictators. And they learned a few interesting facts! Here are just a few: Amazon considers casual conversations to be time theft; Apple inspects the personal belongings of its workers; and Tyson Chicken has even gone so far as to prevent its workers from using the bathroom, leaving some folks there to even urinate on themselves as their superiors laughed.

So, y’know, maybe your boss isn’t that bad.

But if they are, then consider this weekend your own mini-revolution. Take a break from being oppressed and let this list of weekend events serve as your manifesto of fun. — Alex Copeland

Ralphie May at Addison Improv
The Fat Baby Jesus himself is hitting up Addison Improv this weekend with stand-up that aims to be as relatable as it is offensive. — AC

Whiskey Shivers at Three Links
This Austin-area Americana group is on the road promoting new album, Some Part of Something. — AC

The Rocket Summer 10-Year Anniversary Tour at Trees
It’s been 10 years since Bryce Avary pumped out Do You Feel, and what better way to celebrate than with a show? — AC

All-Blink 182 Everything at RBC
The John Stewart and Blue, The Misfit perform DJ sets in tribute to all the small things. — AC

DDFW Master of the Mic at The Dirty 30
This annual rap competition hits Dallas up for a second time in round two of this elimination face-off. — AC

National Tequila Day at Taqueria La Ventana
Get your limes and salt! Everyone’s favorite agave-based beverage has its very own annual celebration. — AC

Lady Gaga Late Night Costume Contest at Dallas Museum of Art
Come dressed in your best Lady Gaga outfit. Registration starts at 6 p.m. and only 50 contestants will be allowed to participate. — Pauline Esguerra

Return of the ’90s at Dallas Comedy House
How funny were the ’90s in retrospect? Pretty funny, this sketch show hopes! — Pete Freedman

Don Henley’s Birthday Concert at American Airlines Center
Celebrate with the Eagles legend on his 70th birthday while rocking out to some of the iconic group’s best hits and his solo classics. — PE

Kixpo at The Tower Building in Fair Park
Dallas’ annual celebration of all things sneaker-related takes to Fair Park. — PF

Launch of White Rock Zine Machine at Deep Vellum Books
Round up all those quarters in between the couch cushions folks, because there are 12 zines to collect from this debuting zine machine. Also enjoy a live poetry slam from local Dallas poets. — PE

Rescue Goat Yoga at Four Bullets Brewery
Come do yoga in Richardson as goats walk on your back. It might not align your chakras, but it’ll kill on IG. — PF

The O’s at Beckert Park.
Make the most with what you have left of your summer vacation with some melodic folk acoustics out in Addison. — PE

KUZU Launch Party at Harvest House
As if launching this long-bubbling radio station isn’t arduous enough a process, its staff has decided to host this launch party simultaneously with the station’s first broadcast day. — PF

Eisenberg’s Skatepark Reunion at Allen Skate Park
Were you a regular at Eisenberg’s back in the day? Hit up this event — at a different park, but y’know, one that’s still in operation —  where all of your old pals will be gathering and acting like they can still ollie. — PF

Cymbals Eat Guitars at Three Links
This group draws inspiration from classics like David Bowie, The Smiths, The Cure and Neil Young — not for sound, but for how to make music. So, yeah, they’re pretty cool. — PE

Free Week: SuperSonic Lips at Sundown at Granada
Los Lips take to the Sundown stage to celebrate their new Blinded Pleasures EP for a show that’ll cost you nothing to attend. Meaning? You’ll have plenty of cash to drop on that release. Clever! — PF

Dante at Fort Worth
No, not the writer of the Divine Comedy, but he does create comedy. Featuring on BET’s The Blackberry Inn and NBC’s Last Comic Standing, he takes to the stage with his hilarious punch lines and knee-slapping jokes. — PE

Free Week: Eisley, Ume, Jessie Frye at Granada Theater
It’s ladies night at free week. Enjoy this lineup of fast pop rock and indie rock, and as it’s been all week, RSVPing for $5 gets you a drink on the house. — PE

Dallas Prom 2017 at Quixotic World
If you peaked in high school and wish to relive it again, this is the event for you. Bring your dates and dancing shoes. Event is 21 and up. — PE

Logic at Allen Event Center
Logic is celebrating the release of his album, Everybody. Its on through race, religion and identity are sure to bring some flavor to this performance from Young Sinatra himself. — PE

MC 900 Ft Jesus with Special Guest Cottonmouth, TX at Kessler Theater
For the first time in 15 years, MC 900 Ft Jesus will take the stage. The local rapper-poet will be joined by Jeff Liles, director of the Kessler. DJ Lirly will open the show. — OM

Class of ’87 Series – Innerspace at Texas Theatre
Miniature people, heartless criminals and one helpless store clerk… this Martin Short masterpiece will make you laugh until you cry. — BL

Lil Boosie, Young Dolph, Z-RO at Southside Ballroom
Don’t miss these three rap superstars under the same roof for one night only. — BL

Lone Star Bulldog Club Meeting at Craft & Growler
Come talk bulldogs with the Metroplex’s foremost leaders on the subject, and see what dogs are available for adoption. — BL

Andrew McMahon at House of Blues
Touring in support of his latest effort, Zombies on Broadway, Something Corporate and Jack’s Mannequin mastermind Andrew McMahon is one of the last indie pop gods left. — BL

Joan Shelley at Kessler Theater
Touring in support of her eponymous 2017 release, this Kentucky based singer songwriter has a folksy sound that’s all her own. — BL

Earth, Wind, Fire and Chic with Nile Rodgers at American Airlines Center
Get your groove on in Boogie Wonderland with these 70’s legends. — BL

Free Week: Skinny Cooks at Sundown at Granada
This blend of jazz and funk is the perfect way to end the Granada’s 2017 free week. — BL