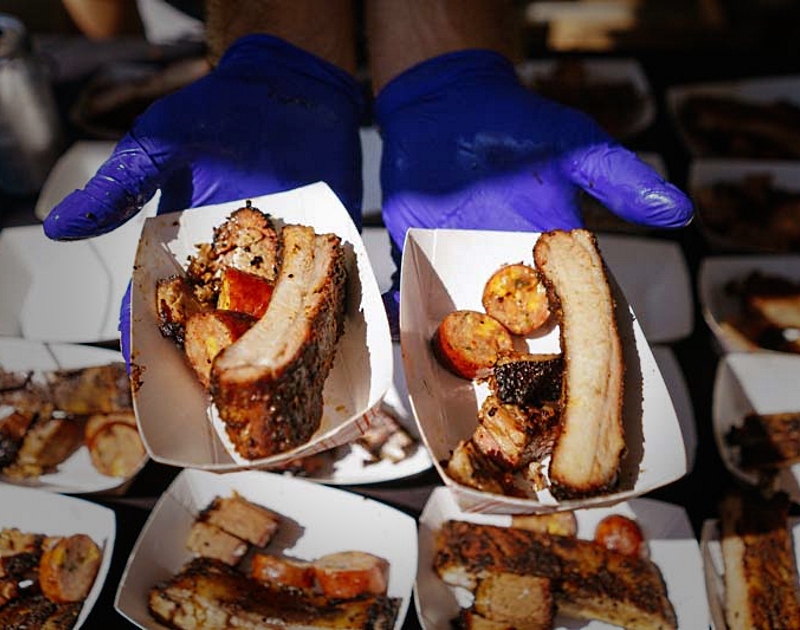 Visit a Hidden Underground Super Club, Eat Way Too Much Meat to be Healthy, Make Up a Horror Movie on the Spot and More.

Everyone seems to be at odds of late with all that’s been happening in D.C. Divided though we may be at the moment, we try to find the light in situations though, and find small consolation in little bits of humor here and there.

So, too, does this unfortunately named Brett Kavanagh who lamented the pitfalls of having such a similar name on Twitter recently.

The tweet went viral as comedic relief with a twinge of pity. Seriously, what a poor dude.

If you’ve been in the dumps too, we hope you can cheer up, even a little, by going to one of the events below.

Super Diamond: A Tribute to Neil Diamond at Bass Performance Hall
The Fort Worth Symphony Pops is paying tribute to THE Diamond with his best hits.

The Wombats at Granada Theater
Serving up some indie rock vibes, this English band is currently on tour for their fourth album, Beautiful People Will Ruin Your Life.

Wizardfest (Harry Potter Pop-up Party) at Trees
Although Wizardfest isn’t affiliated with LeakyCon, it’s still just as fun (if not more so) with their specialty Hogwarts-themed drinks, if you know what I mean.

Green River Ordinance at Billy Bob’s
This band’s been making country tunes together for over 15 years, something all the members are really proud of, as demonstrated by their latest album, Fifteen.

Run Like the Devil at Angelika Film Center
The race ain’t even over, and there’s already a doc on the battle of Beto vs Cruz for that coveted senate seat. — Cory Graves

Counterparts, Being as an Ocean, Varials, Have Mercy at RBC
Punk and American post-hardcore are banding together in one night of head-banging fun.

Felipe Esparza at Majestic Theatre
From rehab to teenage father to drug and alcohol addiction, Esparza is now living his best life as a comedian.

Los Temerarios at Toyota Music Factory
These Latin brothers, Adolfo and Gustavo, can serenade you into those romantic vibes with their thicc Spanish voices.

LOLO & PROPA Present: The Function at Project AI Dallas
Like a speakeasy except bigger and better and more poppin’. This is a hidden underground warehouse super club with a massive sound system and laser show.

Tom Arnold at Hyena’s (Dallas)
This host for Viceland’s The Hunt for Trump’s Tapes claims that he knows exactly what’s on the lost tapes from the president’s time on The Apprentice. Trump apparently calls people the n-word and sexually harasses people, but that’s nothing new is it?

Smoked Fort Worth at Fort Worth Stockyards
Calling all meat lovers and non-vegans. Smoked Fort Worth will feature a whopping 18 barbecue restaurants, representing some of the best meat slingers in the state, with some live music from Adam Hood, Vandoliers, Brandon Steadman Band and more.

Ludacris at State Fair of Texas
Apparently Ludacris just bought a struggling woman’s groceries in an Atlanta supermarket, so go give this sweet boy some love. It’s free with admission to the fair.

Fort Worth Alliance Airshow
Planes, jets and veteran support. It gets pretty patriotic.

Courtney Patton at Fort Worth Live
This woman can do it all, but she’s best at storytelling in her soulful country way.

Docomomo Tour Day
In a celebration of modernist outdoor spaces in Fort Worth, three public installations combining landscape and water will be toured, including the newest art installation of “Fort Worth: Loop.”

Sixth Anniversary at Revolver Brewing
What’s the best way to celebrate an anniversary? With 22 different types of beers, of course.

Aaron Lewis at Billy Bob’s
Country boy, I love you.

Protomen at Gas Monkey Bar N’ Grill
If you’ve vibed at Bonnaroo and SXSW, you know the Mega Man-loving outfit.

Denton Rock Lottery 17 at Dan’s Silverleaf
Once again, a bunch of NTX musicians will form new bands for the day, write and rehearse some new tunes in the afternoon and perform them for the one-and-only time in the evening at Dan’s. Always a great way to be reminded of the crazy local talent around these parts. All proceeds will benefit local, non-profit radio station KUZU. — CG

Dallas Chamber Symphony Presents Our Hospitality at Moody Performance Hall
Then 1923 comedy is a classic that helped light the way for cinematic comedy.

Keith Murray at The Nines
A rapper from NY, you might know him from the hip hop trio Def Squad.

Hope Fest: Live From Harwood at Happiest Hour
Proceeds from the festival literally give financial hope towards a variety of causes, from special needs adults and children, to families with special needs children and children without fathers.

Lawrence at Dada
No, they’re not a married couple. This brother-sister duo literally does it all, but they’re currently on their The New Stuff Tour.

The Improvised Horror Movie at Dallas Comedy House
Every Saturday in October — plus a special showing on Halloween night — a crew of improvisers will create a new, live horror movie onstage at the DCH. Despite the fact that each week’s creation will be based on audience suggestion, expect plenty of slasher flick cliches from week to week. — CG

Ramen Expo at Dallas Market Center
The tickets are pretty dang expensive, but it’s worth it because the event is mainly for business owners with limited public access. It’s the perfect intro to the ramen industry.

Hunter Hayes at State Fair of Texas
Anyone heard of Hunter Hayes’ whereabouts in the last four years? Well, this performance is supposed to mark his big comeback. And, it’s free with fair admission.

Taste of Denton at Armadillo Ale Works
For just $40, you can get unlimited food samples from the best restaurants around Denton, and three drink tickets for any craft beer or soda from Armadillo.

Insane Clown Posse at Gas Monkey Live
Fresh off a poorly executed attempt to dropkick Fred Durst on stage during a Limp Bizkit show, ICP is back in the spotlight, still blissfully unaware of how magnets work. — CG