The Spread: Salt Bae Is Opening Up A Dallas Restaurant. 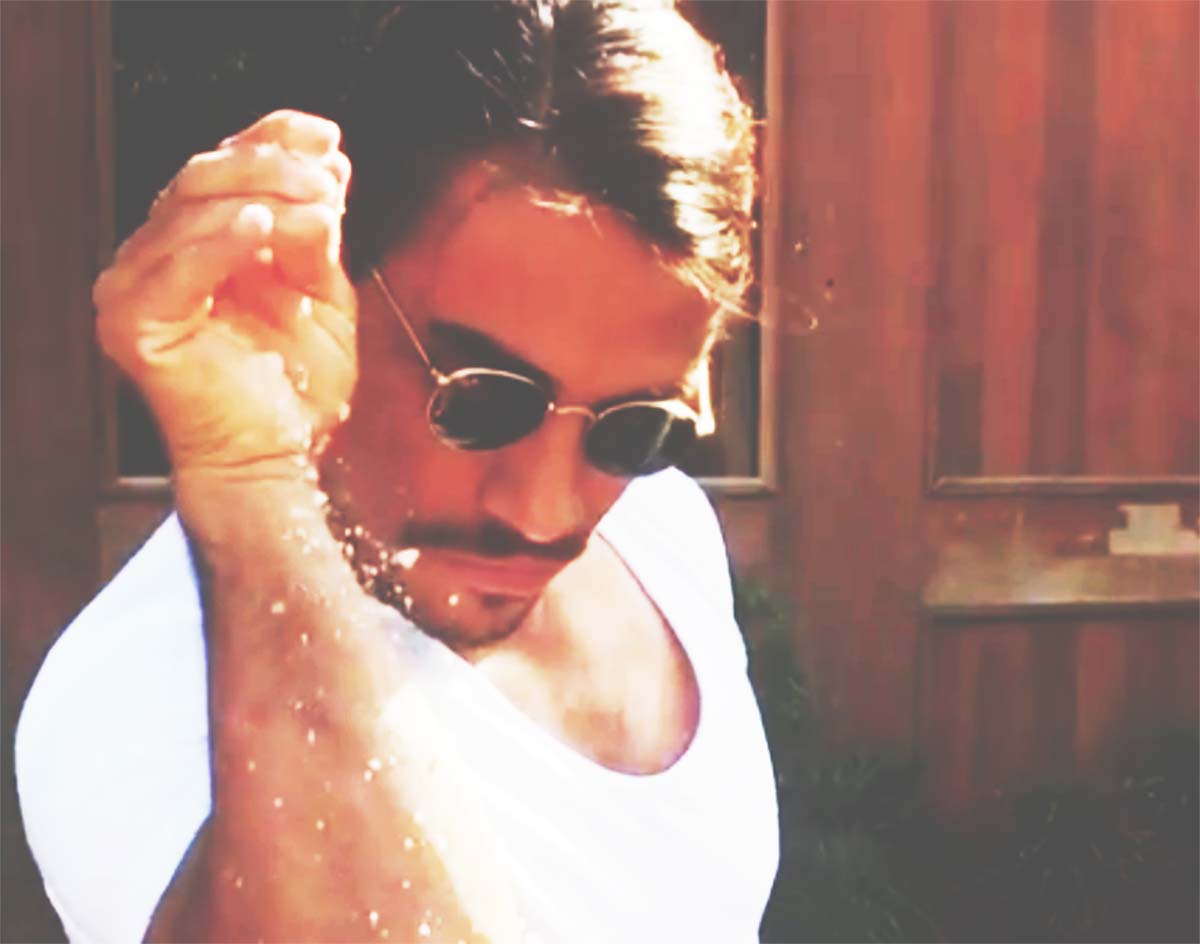 Are Deep Ellum’s Biggest Venue Owners Opening A Restaurant Next? Plus: Salt Bae Opens A Spot In The Arts District, Deep Ellum Gets A Cidery & More!

After establishing their dominance over the Dallas music community, are Clint Barlow and Whitney Barlow — you may know them as the owners of The Bomb Factory, Canton Hall and Trees about to take their first crack at the restaurant industry?

Sure looks that way. According to Eater, which tracked down some TABC permit filings to figure out the connection, the husband-and-wife duo is working on a concept called Ebb and Flow at the 2651 Commerce Street spot formerly occupied by The Parlor. The Barlows haven’t confirmed the news yet to Eater, whose findings reveal that the applications indicate a concept serving both alcohol and food, perhaps with a Hawaiian or Caribbean theme.

We’ve also reached out to the Barlows for details and will report updates on the situation as the details come.

In the meantime, it’s 100 percent confirmed that, after eyeing the region for possibilities last year, the viral butcher known as Salt Bae is officially opening a Turkish steakhouse in the Metroplex. Called Nusr-Et — a reference to his real name, Nusret Gökçe — the new spot will be located at 1900 Pearl Street in the Arts District, Eater confirms. Construction is already underway on the space, although there’s no official opening date yet.

Eater is also reporting that a new, redneck-themed barbecue joint is opening on Lower Greenville later this month. Louie King BBQ will be located at 1916 Greenville Avenue in the former Daddy Jack’s space, and it will feature smoked meats from pitmaster and Smoking Meats author Will Fleisman (of Lockhart Smokehouse). The menu will feature a compliment of meats that includes items like rabbit sliders, alongside traditional barbecue side dishes. The restaurant will also have a selection of cheap, “trash beers” including $2 Lone Stars and a variety of tall boys. An opening date has not been made official, but expect daily hours starting at 11 a.m.

Out in North Richland Hills, meanwhile, the ‘burbs will soon be home to a giant Babe’s Chicken Dinner House. The 73,000 square-foot location is the first for the company in the last decade, per GuideLive — not including plans for a new outpost of its drive-thru offshoot, Bubba’s Cooks Country, anyway. The expansion will also include a location of Sweetpie Pie’s Ribeyes (the company’s barbecue brand). No word on an opening date so far.

In sweeter news: Hypnotic Donuts is hopping on the lettered doughnut train. Customers can now order letter-shaped versions of their favorite Hypnotic creations from both the Dallas and Denton locations.

Meanwhile, the popular Taiwanese-import 85°C Bakery Cafe is expanding to Frisco. The new location off of Ohio Drive and Warren Parkway is the fifth for the region, and ninth in Texas overall.

In other expansion news, Kate Weiser Chocolates is taking on Fort Worth at The Shops at Clearfork. The shop debuted earlier this week, serving Weiser’s signature creations and renowned bonbon selection Store hours are Monday through Saturday from 10 a.m. to 9 p.m. and Sunday from noon to 6 p.m.

On the closing side of things, Sylvan Thirty sweet shop Betty Ringer Ice Cream has shut its doors. The owner was locked out of its space after falling behind on rent, according to the Dallas Observer, which also reports that the shop may resurface again elsewhere in the future.

In boozier news: Little Elm’s Margarita Hut is bringing its frozen, alcoholic slushes to North Dallas. Its second location, set for 19059 Marsh Lane Suite 100, will feature table and bar seating in addition to the takeaway option, Eater reports. Outside of the menu’s 14 signature slush flavors, there will also be a simple menu of quesadillas, tortas and tacos. Lookout for an opening in November.

On Friday, October 12, the new Deep Ellum cidery Trinity Cider will host its grand opening from 6 p.m. till midnight. Expect… well, lots of cider, we’re sure!

On that same day, The Bearded Monk in Denton celebrates its third anniversary with a Monkiversary Shotgun event where it hopes to host the “most massive shotgun in Texas history” by trying to beat the 2016 World Record for “most cans simultaneously opened.” An observer from The Guinness Book of World Records will be present, with $2 short Montucky Cold Snacks to prepare from 9:30 to 10 p.m. The event takes place from 10 to 11:45 p.m.

In Uptown, Malai Kitchen is holding a craft beer-themed pop up on Saturday, October 13, from 11 a.m. to 10 p.m. The Bia Hoi (read: draft beer) Pop Up will feature $1 specials of Vietnamese-style brews with a menu of Hanoi-inspired street foods.

And finally, Armadillo Ale Works is hosting the Taste of Denton on Sunday, October 14. Denton foodies can converge to get samples from the city’s favorite restaurants. The event is all ages, and takes place from 1 to 4 p.m.