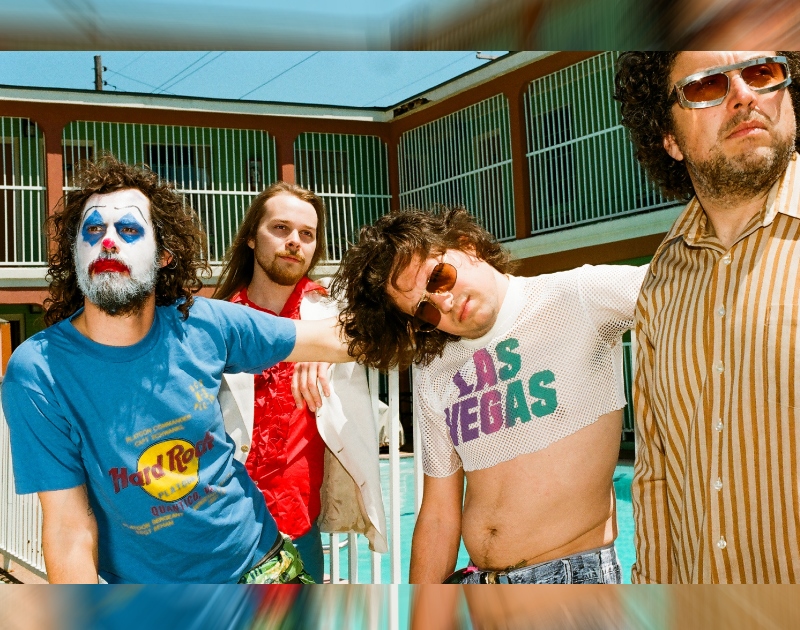 Catch a Pair of White Denim Performances, Grab a Free Waffle, Get a Sneak Peek of the Fried Fair Foods, Rock Out With Beto or Find Somewhere to Cosplay.

Tired of coming up with dinner plans every. single. night. of. the. week? It can be a daunting task, especially if you’re not super into leftovers.

Enter Olive Garden, which takes all the brain work out of it. Just shell out $100 and eat unlimited pasta every day for the next two months.

Similarly, we’re here to further help put your mind at ease. For the next three days, coming up with ways to spend your time is as easy as perusing the list below. — Cory Graves

Connie Fisher and Krystyna Hutchinson: The Bridget Bishop Tour at Addison Improv
The ladies behind the popular Guys We F***ed podcast perform their latest material from their national tour. — Porttia Portis

Lenny at 100: A Bernstein Centennial Festival at Bass Performance Hall
Aside from being the only lyrics from R.E.M.’s “It’s the End of the World” that I know, Leonard Bernstein was also a beloved pianist and composer. Today would have been his 100th birthday, a fact we the living will celebrate out in the Fort. — CG

School of Rock: The Musical at Music Hall at Fair Park
The show combines the original movie score with 14 new songs from Andrew Lloyd Webber for an all-ages rock ‘n’ roll experience. — PP

Friends of the Dallas Public Library Book Sale at J. Erik Jonsson Central Library
Thousands of books, DVDs, CDs and vinyl will be up for grabs. Procedes help some of the library’s community programming. — CG

Smokescreens at Transit Bicycle Company
Smokescreens is the Los Angeles power pop outfit featuring members of Plateaus and Terry Malts. Here, along with The Molochs, they play the ol’ bike shop. — CG

White Denim at Three Links
Just a day removed from playing Conan,  the incredible Austin band holds an album release show for its latest. Actually, it’ll hold two of those, an early show and a late show. — CG

Let the Corpses Tan at Texas Theatre
The 2017 ode to ’70s Italian crime cinema plays on the big screen. Heavy local outfits Terminator 2 and Akkolyte play behind it. — CG

Shraban, Tre Ward at The Green Elephant
From Shraban’s ‘gram — where he’s a cool seven-for-seven at photos featuring himself smoking weed – we’ve gleaned that the young-looking vocalist guy is originally from Montreal, but now lives in Dallas. He also really likes smoking! But, most interesting, he makes instantly catchy, laid-back tunes. — CG

Lost ’80s Live at The Theatre at Grand Prairie
Some of the decade’s one-hit wonders and other lesser-known acts share this bill. Those would be A Flock of Seagulls, Wang Chung, Naked Eyes, Missing Persons, Book of Love, Animotion, Gene Loves Jezebel, Boys Don’t Cry, Farrington and Mann, When in Rome UK and Nu Shooz. — CG

National Waffle Day at Otto’s Coffee and Fine Foods
The Adolphus Hotel’s walk up waffle window will be dishing out free waffles in honor of the waffle holiday for everyone that purchases a cup of coffee. — CG

Charlie Daniels Band at Billy Bob’s
He’ll be sawing on a fiddle and playing it hot. — CG

Evanescence, Lindsey Stirling at Dos Equis Pavilion
The moody orchestral rockers and the YouTube violin star join forces for this one. — CG

Mavis Staples at Statler Ballroom
The living legend will take you there. Sarah Jaffe opens. — CG

Slim Thug at The Rail Club
The Houston rapper is still tippin’. The boss of all bosses does Funky Town this weekend. — CG

Girls Club: The Ultimate Girl-Power at Granada Theater
Filling up this bill is nothing but local ladies. Those would be the talented Sudie, Lorelei K, The Bralettes, Alex Marie Brinkley and DJs Dawn, Naturalhiiigh and Starrza. — CG

Plus Fest at Killer’s Tacos
If there were ever a place that could showcase the best of the math rock genre, it would be the Lil D. Loads of bands that fit that bill play both Saturday and Sunday on two stages at Killer’s. — PP

Jamey Johnson at Billy Bob’s
The Christmas Song artist brings his Alabama charms to Fort Worth — as long as they let him bring his guns in, too. — PP

Dark Side of Oz at Texas Theatre
Witness the popular synchronization of Pink Floyd’s Dark Side of the Moon to the classic 1939 film The Wizard of Oz. — PP

Papadosio at Trees
The purveyors of space rock join forces with High learning for this all-ages event. — PP

Katie Herzig at Dada
The singer-songwriter combines pop and country influences for her Grammy-nominated sound. — PP

Rascal Flatts, Dan + Shay at Dos Equis Pavillion
The country heavy-hitters stop through Dallas on their Back To Us Tour 2018. — PP

Teyana Taylor at Canton Hall
The underrated R&B star offers up a night of sensual sounds, but without former tourmate Jeremih, who dropped off this tour after a beer with Taylor. — PP

Wyclef Jean at Lava Cantina
The storied rapper-producer-politician revisits his classic discography in The Colony. — PP

Dylan Gardner at Good Records
Enjoy a free beer as Gardner plays songs from his Almost Real album before his performance at Sundown at the Granada later that evening. — PP

Chancha Vía Circuito at The WIld Detectives
A live performance of digital cumbia, followed by a bookstore disco with DJ Kaleema. — PP

Bands With Beto at Granada Theater
Artists such as Kirk Thurman & The Millennials and Cure For Paranoia perform in support of gubernatorial candidate Beto O’Rourke, with a special appearance by Beto himself. — PP

Heisenberg / Actually at Theatre Three
This is the last chance to catch local productions of plays by Tony-winner Simon Stephens and Anna Ziegler. — CG

Blaze + Q&A With Ethan Hawke and Ben Dickey at The Magnolia
A film based on the memoir of Sybil Rosen on her titular significant other, and the Texas outlaw music movement, followed by an appearance by director Ethan Hawke and actor Ben Dickey. — PP

Wiz Khalifa and Rae Sremmurd at Dos Equis Pavillion
The multi-platinum comes together for the Dazed & Blazed Tour. — PP


Dzeko at SiS Uptown Resort
A Sunday afternoon pool party backed by the sounds of electric and progressive house. — PP