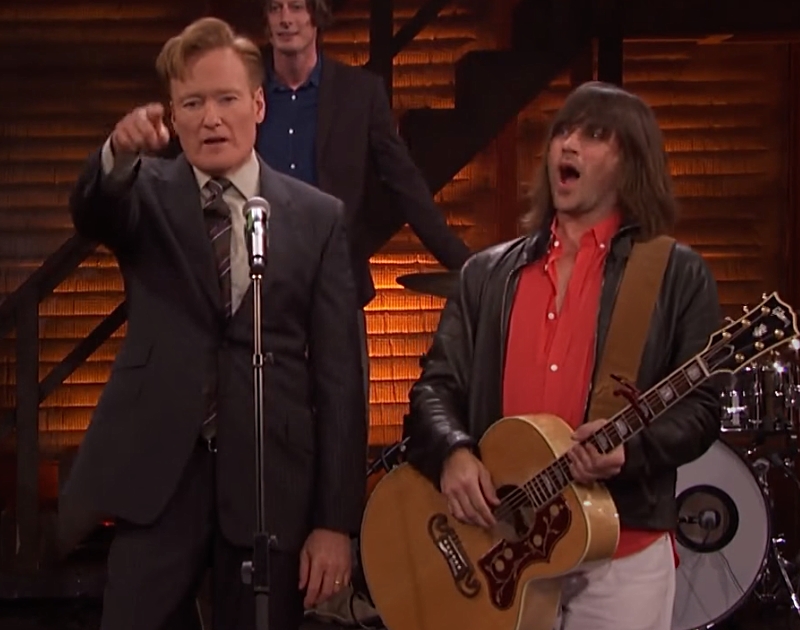 Next Year, Conan O’Brien’s Cutting Live Music From His TV Show. Here’s a List of Every North Texas-Tied Act That Has Been One Of His Musical Guests.

Between his three late-night talk shows, Conan O’Brien has racked up 25 years behind his big wooden desk. In that time, he’s invited countless musicians to perform on his program, from the No Doubts of the world making their very first televised appearances to the Bruce Springsteens looking to skew their demographic a tad younger.

He’s also given that nod to some 50 acts (give or take) with North Texas ties — and some more than once. Lisa Loeb, for instance, has been on the show a whopping five times, first appearing on the old Late Show in 1996 and as recently as this past September on Conan. Just behind her are Ben Kweller (four) and Rhett Miller (four; three with the Old 97’s and one solo), with Norah Jones and Pentatonix each having three appearances apiece. The list of North Texas-tied bands with two O’Brien-hosted late-night performances under their belts includes Tripping Daisy, Jack Ingram, Jimmie Vaughan, Elliot Smith and, as of last night, White Denim.

Come 2019, though, Conan’s ditching the music portion of his show in a move that’ll also see his format drop from an hour to 30 minutes.

Why do we bring this up? Because it’s entirely possible that last night’s White Denim performance might be the last time any music act with local ties appears on the show.

To mark the end of that era, we’ve gone back and attempted to catalog every time a local (or semi-local as it were) popped up on one of Conan’s shows.