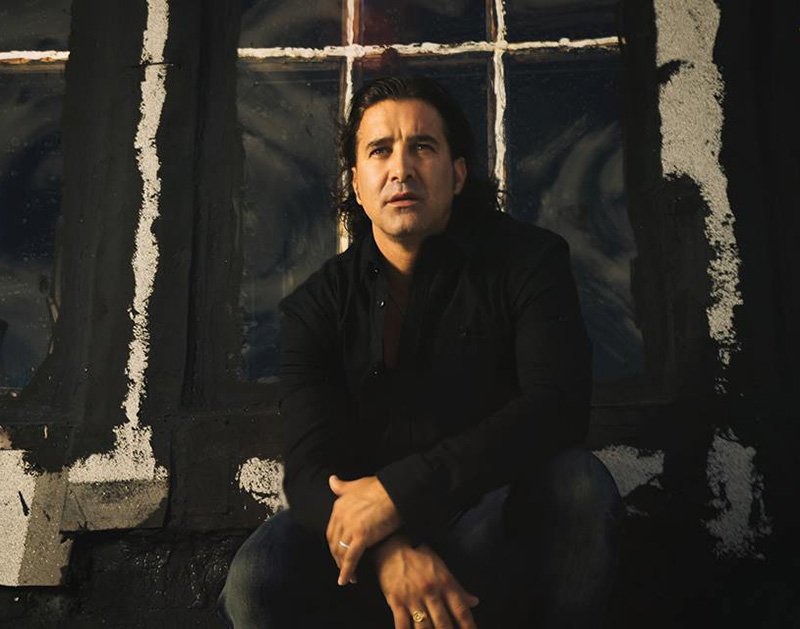 Sing Your Heart Out With Ed Sheeran, Make Rock Great Again With Scott Stapp And Watch Out For the Neighbors With J. Cole.

But if staring at the sun isn’t quite your cup of tea, then how about a donut?

Well, Krispy Kreme has you covered on that front as the company will celebrate the solar eclipse with a very special edition chocolate glaze donut. It’s pretty much just the glaze that you know and love turned chocolate.

These calorie-rich beauties will be available from Aug. 19-21 and only at select locations. So instead of watching the skies, watch the Krispy Kreme store around you. And while you’re waiting for either the eclipse or the donuts, plan your week with these fun offerings around the city.

Brick + Mortar at Three Links
Locked in a cage for a really long time, time, time.

Real Housewives of Dallas Season Premiere at Eastwood’s Bar
No bull, but all horns on this season with these haughty housewives.

On the Air at The Nines
Get a glimpse of the O.G. MTV.

Alex Napping at Armoury D.E.
A quartet with out groovy modern beats.

Make America Rock Again with Scott Stapp at Gas Monkey Live
It can take you higher.

The Big Movie: Postcards From The Edge at Magnolia Theatre
Classic performance from the Streepmeister herself.

Joe Tone Bones Book Signing at Interabang Books
Get your copy of this true crime story signed by the former editor of the Dallas Observer.

The Bats at Fort Worth Botanical Garden
Learn about and see some bats in a cave.

Lake Street Dive at Granada Theater
Pop, country, and rock tunes all with a jazzy twist.

Meat Wave at Double Wide
You were the easiest one to find.

Open Mic Night at House of Blues
Like American Idol but less so.

Women Texas Film Festival at Studio Movie Grill
See what these bad-ass women have to showcase.

Seether at House of Blues
Feel broken when you’re lonesome.

The Lowdown at The Nines
Party and get down.

Betty Who at Trees
Australian-singer/songwriter with indie pop roots.

Royal Sons at Three Links
Psychedelic tunes without the trips.

Ed Sheeran at American Airlines Center
He’s in love with the shape of you.

Fleet Foxes at The Bomb Factory
See them before they Fleet.

Frankie Ballard at Granada Theater
It all started with a beer.

Van Jones: We Rise Tour at House of Blues
Array of artists, athletes, and leaders speaking out.

James McCurty at The Kessler Theater
Folk tunes with an Americana rock twist.

Marty Friedman at Trees
This guy knows how to shred an electric guitar.

Sugar Free: Jackal at RBC
The title says all. No sugar, just spice from this London-based hip hop DJ.

Urban Pioneer, From Parts Unknown at Three Links
Hardcore metal and rock, shall we say more?

Dezorah, Rat Rios, IAMYU, Bout at Armoury D.E.
Body pumping rhythms with lots of bass. Get down to the beat.

Paper Street, 8 Minute Fall, Wells Machine, & The Overheads at The Dirty 30
Indie music in its prime.

LOCAL Neighborhood Market at Highland Park Village
Artisan market featuring some cool knick-knacks and a bunch of other cheap thrills.

Carolyn Wonderland at The Kessler Theater
Blues with a whimsical twist. Guess that would explain her stage name.

Battle for Playing With Fire Fest at RBC
Featuring music from around the metroplex.

Noise at The Prophet Bar
Rock on.

Allie-X at Club Dada
Bold electronic pop with a groove.

Cirque du Burlesque at Viva’s Lounge
Burlesque is in. Haven’t you heard?

Endless Summer Tour at Community Beer Company
Hop on and see what Dallas’ brew scene has to offer.

J. Cole at American Airlines Center
The neighbors thought he was selling dope.

The Fixx at Granada Theater
Still synth poppin’ butts off.

Mayday at Curtain Club
They’ll rescue you from boredom.

Money Man at Gas Monkey Live
He had to boss up for a check.

Nicky Romero at SiSu Uptown
Nothing but sick electronic beats coming from this Dutch DJ.

The Wake ‘Em Up Tour at Texas Theatre
Alpa Chino in the house with his Booty Sweat.

Icarium at The Rail Club
Math rock out of Funky Town.

Bowling for Soup at The Aardvark
High school never ends.

Women Celebrating Women Sunday Funday at Lakewood Brewing
A ticket gets you three pours and a commemorative glass.