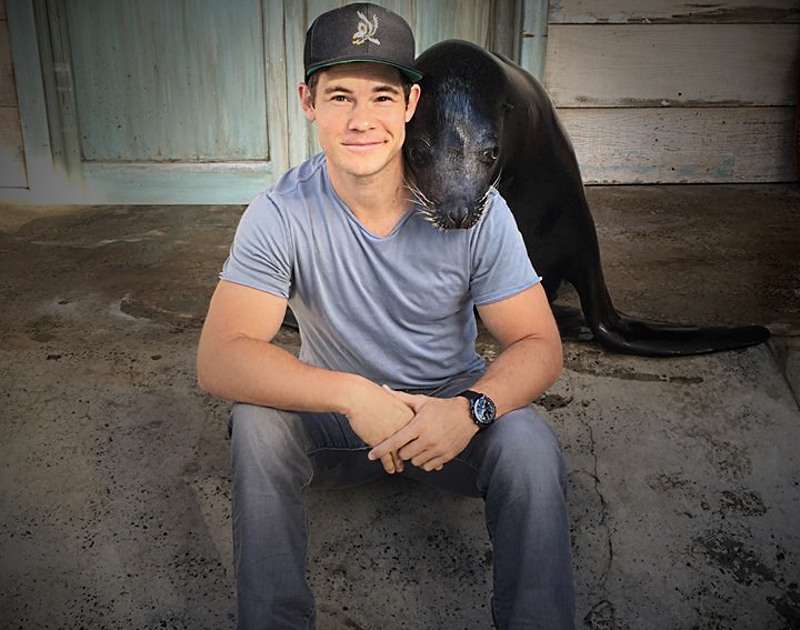 Make a Sales Call With Adam Devine, Obsess Over Some True Life Tales at Oral Fixation, Drink Some Cheap Beer With Fidlar or Grind Your Gears at Psychedelic Robot’s Spookadelic Halloween Party.

As far as ways to spend your week go, boozing up, stripping naked and back-flipping into the shark tank at your local aquarium shouldn’t be at the top of the list.

You should have a list, though, regardless of the lack of naked fish activities on it.

If you don’t have a list already, we can be of service there. Just cheat off of ours! — Cory Graves

The Thing at Alamo Drafthouse (Cedars)
John Carpenter’s 1982 horror classic is “the ultimate in alien terror,” because what’s scarier than a threat you can’t see, hear or feel? — CG

Behemoth at House of Blues
The decades-old Polish black metal band actually just released a new record. Just in time for the holidays. At the Gates and Wolves in the Throne Room open.
Joey Graceffa at Texas Theatre
The popular YouTuber hits town with a new album – copies of which are free with admission – and an immersive/interactive stage show. Come prepared to interact. — CG

Itzhak Perlman at Winspear Opera House
Words can’t express the immense talent possessed by violin prodigy Itzhak Perlman. Some of the classical and jazz virtuoso’s accolades? He appeared on the same episode of The Ed Sullivan Show as The Rolling Stones, and he was a featured performer on the Schindler’s List soundtrack. Of course, these are but the tip of the iceberg as far as the renowned musician’s accomplishments go. Simply put, he’s one of the best there’s ever been. — CG

National Theatre Live: Frankenstein at Angelika Film Center
Filmed during a 2011 staging in London, this version of Mary Shelley’s most famous novel features Benedict Cumberbatch playing the monster – whose name was not, in fact, Frankenstein. — CG

Nick Cave & The Bad Seeds at The Bomb Factory
Nick Cave remains one of the most enigmatic, magnificent musicians in rock. He’s still killing it in his 60s. — Kip Mooney

Beartooth at House of Blues
The Red Bull-fueled metalcore outfit is back in yet another big Dallas room. Knocked Loose and Sylar open. — CG

Ganja and Hess at Alamo Drafthouse (Cedars)
This seminal piece of African American cinema from 1973 was the basis for Spike Lee’s unofficial 2014 remake Da Sweet Blood of Jesus. It’s not just a vampire movie, like, there’s way more to it than that. — CG

Hatebreed, GWAR at Gas Monkey Live
Remember wear clothes you don’t mind getting ruined – or that you intentionally do want permanently stained. Those bloody GWAR concert T’s are a badge of honor, no? — CG

World of Dance Live at The Theatre at Grand Prairie
The strongest competitors from the NBC reality dance competition will strut their stuff live before your very eyes. — CG

Harry Potter Trivia at Flying Saucer
Do you know all 700 quidditch fouls? The full birth name of Nearly Headless Nick? Study up and maybe win a beer. If only it were that easy. — CG

Fidlar at Canton Hall
Fuck it, dog, life’s a risk. And these former meth-addicted punk rockers have a new album on the way. — CG

PIL at Granada Theater
That old asshole that used to front the Sex Pistols is still at it with his much worse follow-up project. — CG

Oral Fixation: Best of Season 6 at Moody Performance Hall
Six seasons later, Dallas is still obsessed with the true life tales of this storytelling series. The best entries from its most recent season are all compiled on this anthology performance. — CG

Dog Fashion Disco at Gas Monkey Bar N’ Grill
A combination that’s somehow not as good as either of those three things individually. — CG

Prettymuch at South Side Music Hall
The Canadian boy band scored a hit this summer with a tune written by Ed Sheeran. Yup. — CG

The Crow at Alamo Drafthouse (Cedars)
Can you spot the moment Brandon Lee dies and they have to start using footage of the wrestler Sting to complete the filming? — CG

Josh Groban at American Airlines Center
Because you don’t hang out with your mom nearly enough. — CG

Maggie Rogers at House of Blues
Catch the singer-songwriter a week before she performs on Saturday Night Live and blows the fuck up. — CG

Twiztid at Curtain Club
Not saying you should or shouldn’t check out ICP’s little brother band, just letting you know why there’s so many juggalos roaming around Ellum. — CG

Carmen at Winspear Opera House
A headstrong gypsy and the bullfighter that aims to tame her, square off in this classic Bizet opera. — CG

The 39 Steps at Angelika Film Center
Hitchcocktober rolls on at Angelika with another masterpiece from the Master of Suspense. — CG

Freaker’s Ball at The Theatre at Grand Prairie
The station that rocks throws its annual heavy show here, with a post-anonymous Ghost, Jonathan Davis of Korn, Underoath, The Fever 333 and Badflower. — CG

Genitorturers at Trees
Genitorturers is an industrial metal band with underground hard rock influences. Its third album, Blackheart Revolution, was one that combined prolific riffs and chaotic presentation to convey the band’s intense sound. Latex-laden and paradigm shifting “World’s Sexiest Rock Band” is not to be missed. — Kelly Benjamin

Barberella at Alamo Drafthouse (Cedars)
Objectively, Barbarella is not a good movie. But like a lot of cult movies, it’s got style to spare and there’s a great deal of fun to be had. Jane Fonda is legendarily sexy in the title role. — KM

Tom Misch at Canton Hall
The Soundcloud musician and producer released his debut LP just ahead of this tour — it features a De La Soul appearance, so he’s got that going for him. — CG

Pat Green at The Rustic
The “Wave on Wave” man sings songs and hawks $9 cans of Lone Star at the restaurant venue he co-owns. — CG

Devildriver at Gas Monkey Live
Outlaws till the end, the heavy rockers bring JINJER, Raven Black, Divine Retribution and Dispositions along with them this round. — CG

Fall Art Auction and Fundraiser at Kettle Art
A bunch of local artists are auctioning off pieces to benefit Outlast Youth, a local organization that aims to prevent LGBT youth homelessness. — CG

The Moors at Theatre Three
At first, we thought Jen Silverman’s new play was called The Moops, but then we realized it was definitely a typo, bubble boy. Opening Thursday, and running through November 18, the dark Victorian comedy is both whimsical and mysterious. — CG

Jessica Hopper: Night Moves at Deep Vellum Books
The living female rock critic is back with a witty new novel/memoir hybrid about being a late twentysomething in Chicago. — CG

Brews & Ballots at Four Corners Brewing Co.
Registration is closed, and everyone is already pretty sure who they’re voting for in the big governors race. But what about all the other elections on the ballot and propositions and whatnot? Here, they’ll try to explain all those other races so you can make a more informed decision. — CG