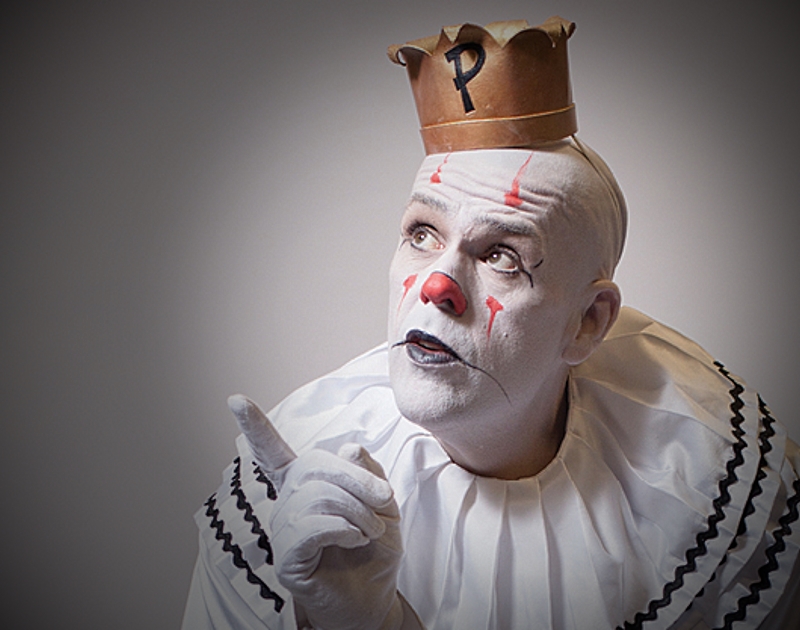 Clown Around With Puddles Pity Party, Laugh In With Carol Burnett, Take a Collect Call From The Serial Hosts, or Be a Cow With Doja Cat, Bitch.

Thanks to a recent Michigan court case — where a woman was given a ticket for flipping off a cop – there’s now legal precedent saying that you can start going around giving the finger to anyone you like without the risk of legal repercussion.

Do with that info what you will.

And thanks to the following list, you’ve got many new events at which to embrace your newfound rights. — Cory Graves

Royal Coda at The Prophet Bar
Royal Coda is a supergroup, comprised of Kurt Travis is best known as the former vocalist from the band Dance Gavin Dance and current vocalist of A Lot Like Birds. Opening for Travis’ new supergroup is a solo acoustic set from Travis, as well as Body Thief. — Mira Scott

Mavs Women’s Symposium at American Airlines Center
Before the Mavs’ 7:30 p.m. tipoff, fans can immerse themselves with CEO of the Dallas Mavericks, Cynt Marshall, and other business leaders in a discussion about the importance of self-care, finding your purpose, discovering your passion and leading with values. It’ll be like learning a life hack, something everyone wants. — MS

Y La Bamba at The Wild Detectives
High profile outlets like the New York Times, Pitchfork, NPR Music, Rolling Stone, World Café and The A.V. Club are all buzzing with good things to say about Y La Bamba. It might be time for Dallas locals to check out the Portland-based band in this intimate setting. — MS

Food in Fashion at The Joule
This evening will consist of pre- and post-fashion VIP receptions, a food-infused fashion show, silent and live auctions, and appetizers and drinks. Hosting their third annual Food in Fashion event, there’s a lot in store, even a new luxurious location is in transit. — MS

Set it Off at 2513 Deep Ellum
The band’s signature orchestra-infused pop sound has a new sense of heaviness, diversity and intensity in their new album. It’ll be on full display alongside sets from openers With Confidence, (super whatevr), Lift and Not Ur Girlfrenz. — MS

Dave Liebe Hart at Andy’s Bar
Depending on who you ask, Dave Liebe Hart is either a man with alien ancestors who turned down the role of Opie’s black friend on The Andy Griffith Show and later learned the art of puppetry from Jim Henson himself or he’s a Bluetooth-wearing, mentally-challenged individual being held hostage by his punk rock backing band. While the real truth is probably somewhere between these two extremities, it doesn’t make paying dollars to gawk at the train wreck feel any less uncomfortable. — CG

Pentagram at Gas Monkey Bar N’ Grill
On their official Facebook page, doom metal legends announced that original frontman Bobby Liebling is back in the band, following an 18-month prison sentence after pleading guilty to assault on a vulnerable adult. Prior to this, it was revealed that Wax Idols and King Woman dropped a tour with them over allegations of sexual harassment. — GG

TWRP at Deep Ellum Art Co.
Hailing from Toronto, Ontario, these guys are migrating to the south for some fun in the sun. — MS

Foreign Air at Three Links
Jacob Michael and Jesse Clasen met 10 years ago when their bands were on the same lineup at a show in Charlotte, North Carolina. They were so impressed with each other’s work that night that they decided to keep in touch. Before you know it, they started sharing music on Dropbox and crashing on each other’s couches on tour. And now they have this band. — GG

Beach Boys at Majestic Theatre
This Mike Love-led version of the golden oldies outfit will be far Trump-ier than the Brian Wilson/Al Jardine/Blondie Chaplin set that played this same venue in December. This version will feature John Stamos on drums, however, FWIW. — CG

Lincoln Durham at Dan’s Silverleaf
Ray Wylie Hubbard protégé Lincoln Durham makes his umpteenth return to Dan’s this week. His unusually grating brand of folk and use of instrumentation such as sheet metal and a pump organ have granted him comparisons to greats such as Tom Waits and Nick Cave. — GG

Salvador Dali: In Search of Immortality at The Magnolia
Ever seen the painting with melting clocks with a middle-of-nowhere looking background? That painting is called The Persistence of Memory, and it was painted by the surrealist, Salvador Dali. You’ll probably see it in this film that conducts the life and works of Dali himself and, his muse and collaborator, Gala. Be prepared because it’s going be quite adventurous. — MS

Queensryche at House of Blues
Queensryche — or Queensryche Without Geoff Tate as its sometimes known these days — hits up Dallas tonight. As the name implies, this is the version of the ’80s metal band that includes a few original members, but not ex-frontman Geoff Tate. He’s currently touring the country right now, too, under the name Queensryche Featuring Geoff Tate. — CG

Doja Cat at Trees
The living meme gained some form of notoriety in recent years by dressing up like a cow and repeating “bitch I’m a cow” over and over on YouTube. Hopefully there’s a few other tricks in her bag. — CG

Choker at Three Links
Thanks to its infusion of elements of R&B, hip-hop and psychedelic rock, Choker has frequently been compared to artists such as Frank Ocean and Childish Gambino. The 22-year-old Detroit rapper and producer just hit SXSW in conjunction with this, his first-ever tour — which means plenty of music journalists will be singing his praises shortly. — GG

DeRay Davis at Addison Improv
The comedian noted for his appearances in the first two Barbershop movies hits town for multiple days of stand-up shows. — CG

Boléro at Meyerson Symphony Center
The DSO performs a trio of Ravel classics, including his best-known work, Bolero, with a bonus side of Beeethoven’s Piano Concerto No. 4 thrown in for good measure. — CG

Tanya Tucker at Arlington Music Hall
Tucker scored her first hit song at age 13, but eventually was able to change her image to the gritty country-rock hybrid that helped her become known as the biggest female in the outlaw country subgenre — a subset that is almost entirely male otherwise. — CG

Carol Burnett at Winspear Opera House
The legendary comedian hits town for two nights of “laughter and reflection,” fielding audience questions and speaking about her remarkable and groundbreaking career. — CG

Puddles Pity Party at Majestic Theatre
Remember that golden-voiced “sad” clown that went viral covering Lorde’s “Royals” on YouTube a few years ago? Welp, turns out his name is Puddles and, other than when he’s singing, he’s mute. That’d probably bum you out, too. — CG

Boston Pops at The Theatre at Grand Prairie
Now led by conductor Keith Lockhart, the arguably best-known orchestra in the country hits GP on its spring tour for a night of light classical affair. — CG