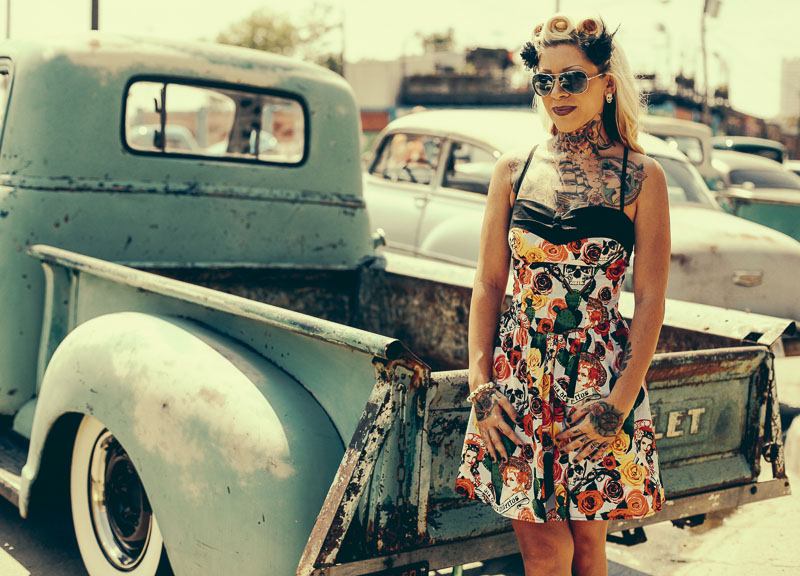 Fight It Out With The Ticket, Invade a Deep Ellum Car Show, Go to Taco Town, Chug it Up at a Homebrew Competition, Take a Dumpling or Find a Way at the Jurassic Park Symphony.

There’s an art exhibit in Los Angeles right now that looks like a grocery store. Only all 31,000 items in the “store” are handmade out of felt. It took the artist and her five assistants over a year to handcraft each piece in their London studio.

What doesn’t take nearly that long is finding something to do every night for the next week. That can be done in a matter of seconds simply by skimming the list below.

Monday (8.27)
Pretty in Pink at Alamo Drafthouse (Cedars)
It’s called a sense of humor, you should get one, they’re nice.

Mousey at Ochre House
If we aren’t toys, then what are we?

Trinity Gravel Ride at Red Star Bicycle Shop
Get on your bikes and ride.

Thursday (8.30)
The Ticket Fight Night at The Bomb Factory
Take a hardline stance.

Wham City Comedy at Dada
Wake me up before you go.

Ronnie Heart B-Day Pop-Up at Main At South Side
Zodiac’s the theme this month.

Brew at the Zoo at Dallas Zoo
Squawk with the animals.

Corb Lund at Hank’s McKinney
With his full band.

War Party at Three Links
Celebrating the release of their new album.

Flosstradamus at Stereo Live
Come up.

Rick Ross, Bun B, Kap G at The Bomb Factory
Like a boss.

Your Name at The Modern
One of the highest-grossing anime flicks of all time.