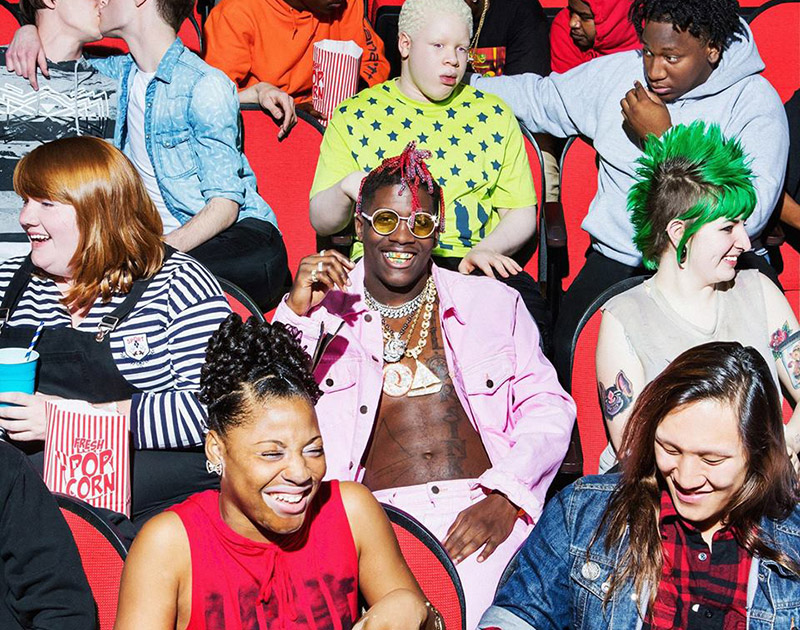 Spend One Night With Lil Yachty, Go On A Pub Crawl Through Deep Ellum With Ellumfest 2017 And Much More To Do This Week.

As kids, we all had a number of fears, like the boogeyman being under our beds. And we’ve all had our ways with how to cope with dark nightmares — either stepping into our older siblings or parents rooms or turning on a nightlight shaped like your favorite Disney character.

But a four-year old in Colorado had a different solution: she actually sought out police officers help to ensure that her new Colorado home was free of the boogeyman. She even wore her own police outfit as police cleared her home.

Funnily enough it turns out, she wasn’t really trying to find monsters because she doesn’t actually believe they exist. She just wanted an excuse to break out her cute police outfit and hang around with the cops because she wants to be one when she grows up.

So as the week gets started, don’t the boogeyman that is oncoming start of the work week get you down and instead plan out your week with this list of things going on in Dallas this week. — Pauline Esguerra

Memorial for Rustin Luther at Dirty 30
Celebrate the life and music of this Urizen bassist and father of five. RIP. — Alex Copeland

Full Moon Bike Ride Through the River at Belo Garden Park
Make the most of our your summer by bike riding alongside the Trinity River. Take in the fresh air, friends. — PE

Bachelorette Final Watch Party at W Hotel
Find out who Rachel’s final pick is going to be… with a couple glasses of rosé. — PE

Ocean Disco at Sundown at Granada
New Orleans inspired dance party music with a whole lot of funk in the mix. — PE

Socials with Chef Evelyn at Cane Rosso Deep Ellum
Get a little taste of all the best restaurants that Dallas has to offer. — PE

Pour Yourself Into History at Granada Theater
Sip, socialize, and take in the used-to-be’s in Dallas history. — PE

The Big Movie: Scarface at Magnolia Theatre
You know what capitalism is? Getting fucked! — PE

In The Valley Below at Club Dada
California-based band bringing some indie rock tunes. — PE

Bring It! Live at Fair Park Music Hall
You ever wanted to see Miss D and her crew on stage? Here’s your front row seat. — PE

Lustravi, Led By Serpents at Reno’s Chop Shop
Dark metal music is probably not for you. But if you can take a hit, then this is most definitely for you. — PE

Gideon, Varials at The Dirty 30
You ever heard of Christian heavy metal? Despite their differences, this performance should be interesting… — PE

Sadist, Obstruction at The Nines
Dark metal seems to really like Wednesday. — PE

Civil Youth, Blue Apollo, The Silver Streams at The Prophet Bar
Now if death metal isn’t quite your thing, maybe a collection of indie pop will be. — PE

Boys of Summer Tour 2017 at Granada Theater
The biggest event for all the social media music heart throbs. — PE

Lowdown at The Nines
A cadre of local DJs spinning house, electro and other permutations of that electronic music that you crave. — AC

Gino’s Wine & Hip Hop at Checkered Past Winery
Drink a little wine, loosen yourself up and get down with hip-hop dance expert Gino Johnson. — AC

Jidenna at Trees (SOLD OUT)
It seems the classic man is in high demand. — AC

Lil Yachty at Bomb Factory
His royal highness, The King of Teens. — AC

C.J. Starr at Hyenas
Laugh it up with this Dallas-based comic. — AC

Queen of the Underground at Sue Ellens
An open women’s wrestling tournament to determine who will be crowned champion. Long live the queen. — AC

Sleeping Jesus With Jackie Darlene At Double Wide
Chill indie pop tunes with a raspy crooner behind the mic. — AC

Texas Hippie Coalition, Triple SP, Black On High and Brazos River Outlaws at The Rail Club
Look, I could rattle off a bunch of genres here, but what all this boils down to is a metric ton of solid rock. — AC

Ellumfest 2017
A pubcrawl through Deep Ellum that goes towards something good. Cash goes to support Dallas Children’s Charities and the Dallas Margarita Society. — AC

Gorilla vs Bear VI at the Bomb Factory
Washed Out, featuring Jessy Lanza, Jacques Greene, the She-Devils and more. — AC

The Princess Bride: An Inconceivable Evening with Cary Elwes at The Majestic
The elusive Dread Pirate Roberts himself. — AC

Totally ‘90s with Kel: A Dallas Bar Crawl at British Brewing Company
With everything going on in the world today, it’s totally reasonable to want to revert back to a decade where your biggest concern was whether or not you missed the latest episode of All That, right? — AC

Union Underground, 5 Billion and Counting, Alloy at Trees
A wall of heavy metal sound to crush you alive. — AC

I’m The One Who’s Fighting At Double Wide
With Kaleider and Classy Affair on the side. — AC

Locked & Loaded: Koolquise, Blaze Franco, Spaceboifresh, Punktronica at Armoury, D.E.
The latest addition to the ongoing Locked & Loaded series that promises to bring you the freshest and most interesting slices of music. — AC

The Princess Bride At Texas Theatre
Conceive of it. — AC

Cool Out At Off The Record
Tony Schwa’s at the turn tables distributing good vibes. — AC

Saved By The 90’s Party at Cowboys Red River
Travel back in time and coax that arrested development a little. — AC

Myles Parrish, Lost Boy, JAKE at Club Dada
Hip hop and EDM from the Bay Area and beyond. — AC

An Evening with R. Kelly (CANCELLED)
Gee, I wonder what came up.

Late Brunch at The Nines
Brunch that ends at 2pm is a disservice to all of us weekend warriors that sleep in til 1pm.

The Leo Party at The Church
Celebrate a turning of the zodiac with a gothic industrial get down.

The Yacht Club at Off the Record
Disregard for a moment that Dallas is landlocked and enjoy a discount shot or two.

The Hottest Half at Continental Bridge
It’s a million degrees outside, so why not run a marathon? That’s a perfectly sane and rational thing to do.