Songs of the Week 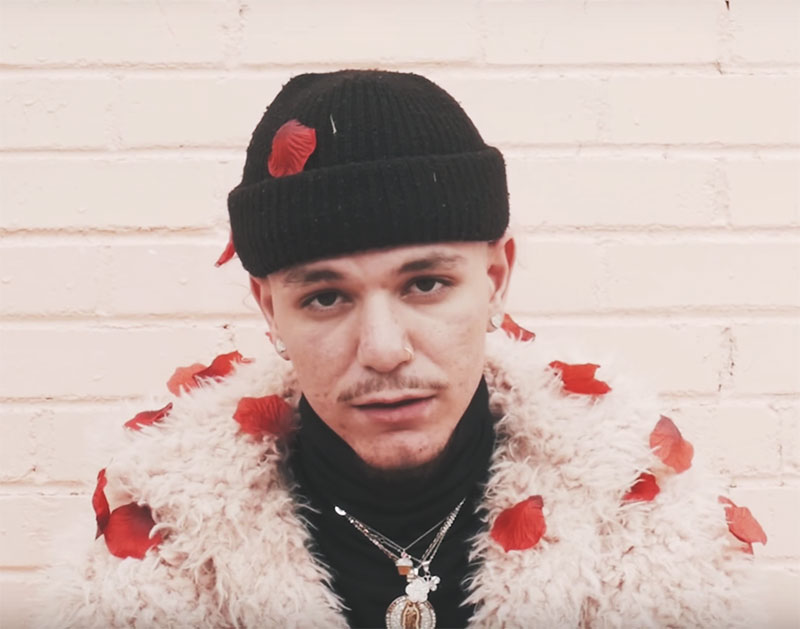 Flexinfab – “Friends”
RIYL: Posting up on the block with your friends.
What Else You Should Know: Flexinfab’s video for “Friends” is one of the best music videos we’ve seen this year. Seriously: DanceDailey and Flexinfab deserve eternal props for creating this piece of art that takes on standard hip-hop video tropes and then flips them into completely unique and charming moments between Fab and his real-life friends. The scene that runs from the 00:39-second mark to the 00:52 one is especially great. Most importantly, though, this song comes from Flexinfab’s Foreverland EP that he released last month that deserves a listen or two. Here’s hoping we get a video for “My Bitches” next.

Alex Harris – Foolish
RIYL: Assuming the song is about you.
What Else You Should Know: Alex Harris has been on our radar since the beginning of the year, and while he’s released a good of amount of music in that time, Foolish is the work that really caught our attention. The seven tracks on this project, which Harris will celebrate this weekend with a Saturday night release show at the Double Wide, all feature low-key production, which perfectly suits Harris’ calm and composed delivery. That’s not to say Harris is limited to one style, though. Quite the opposite: The rapper delivers a different style on nearly every track, and that’s important considering the track doesn’t have any features.

$heen Supreme – “Vine (Feat. Sigh)”
RIYL: Hearing it through the grapevine.
What Else You Should Know: This aggressive track from $heen Supreme is a great introduction to the artist. His ability to rattle off rhymes in a staccato fashion is impressive, and it’s what makes the hook on “Vine” so great.

98 – “Jonah (Feat. Chubby)”
RIYL: Stackin up your chips.
What Else You Should Know: We don’t have much information on 98, but we know “Jonah” is a jam. The bouncy, lush production is a perfect backdrop for her to rap atop of in a singing fashion that’s easy to compare to early Dej Loaf material. Even more reminiscent in the track is the melodic verse by Chubby, which sounds eerily similar to Drake’s intonation on “Fake Love.” Nonetheless, we’re really into this track. It’s definitely worth your listen.

Paris Pershun – “Problem Flow”
RIYL: Finding ways to multiply your dividends.
What Else You Should Know: Paris P made last week’s Songs of the Week post for his part on the TripleDigital track “5Ts,” and the local stalwart unsurprisingly earns another spot after releasing “Problem Flow” this week. Simply put: When Pershun’s on a track, he always delivers. And that remains a fact on his nearly four-minute verse here.

OG Ambruce – “Used 2”
RIYL: Getting big money and you’re used to it.
What Else You Should Know: This three-headed track from OG Ambruce featuring Fat Pimp and Kenny Smith is a big-baller anthem for the cool kids. It’s rife with grand life experiences that have become commonplace for these guys — like stunting on couches in the club, flying across the country and driving foreign imports.

Rizzo Blaze – “Starship”
RIYL: Taking packs and not giving ’em back.
What Else You Should Know: “Starship” is the first new track from Rizzo Blaze since the release of his BLVZE EP that we fell in love with last month. On this song, we’re treated to the same confident, charismatic flow and atmospheric-type beats that we heard then — a welcome continuation, for sure.

Cujo – “Unidentified”
RIYL: Turning the venue into a murder scene.
What Else You Should Know: “Unidentified” comes from a project titled Stray, but it’s pretty rough around the edges. On the whole, the collection has a lot of great qualities — like its grisly, raw tone, screwed and chopped samples and aggressive raps — but “Unidentified” is one of the few tracks that features all the above. And when it all comes together, it’s pretty damn awesome.

Paul Cauthen, Cody Jinks and Nik Lee – “Luckenbach, Texas (Back to the Basics of Love)”
RIYL: Road-tripping to Luckenbach.
What Else You Should Know: Regular collaborators Cauthen and Jinks recorded this song with the help of The Texas Gentlemen’s Nik Lee for Amazon Originals’ new Open Road project, a 30-song playlist of covers of classic songs. If you’re going to cover a hit like this from a legend like Waylon Jennings, you better come correct. Fortunately, this trio of throwback revivalists confidently delivers.