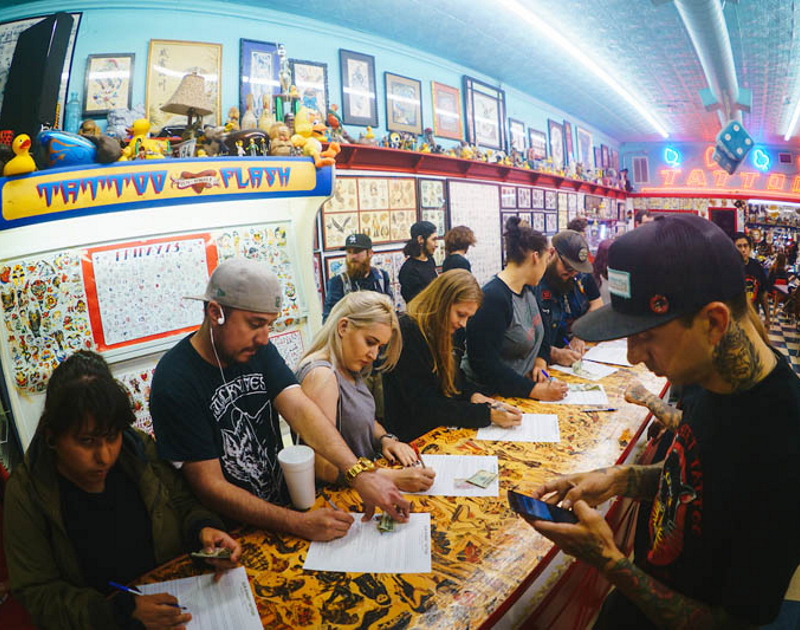 Join the “13” Club at Elm St. Tattoo, Swim and Sleep Like Unknown Mortal Orchestra, Say Hello to Baltimore via Hairspray or Scratch It Up With DJ Z-Trip.

Odds are, at first glance, you won’t be able to tell the difference between these two photos. It’s not because you didn’t read enough Highlights as a kid, rather, it’s due to a phenomenon psychologists call “change blindness.” Simply put, when there’s too much going on, our brain stops being able to process things.

That can be a pretty big problem in a place like Dallas, where there’s too much going at any given moment. It’s a lot to process. It can be overwhelming, and oft we start to lose sight of the forest through the trees.

But when those options are pared down, and presented in a less chaotic form, they’re so much easier to make sense of. That in mind, that’s exactly what we’ve tried to do below, making your week-long planning a breeze.

Monday (7.9)
Yellow Submarine at The Magnolia
A 50th anniversary screening.

Laugh Your Mass Off at Main At South Side
With Mike Stanley and Reena Calm.

Scratch Session: DJ Z-Trip at It’ll Do Club
Wax on.

Unknown Mortal Orchestra at Granada Theater
So good at being in trouble.

Langhorne Slim at Rustic
Put it together.

Paramore at Toyota Music Factory
With Foster the People.

Upsetting Album Preview at Spinster Records
Upsetting is a band.

Dead Man at Texas Theatre
True Widow and Troller play behind the screen after.

Sunday (7.15)
CW Stoneking at Three Links
Get on the floor.

Violent Femmes, Echo & the Bunnymen at Toyota Music Factory
Do you like American music?

The Fixx at Granada Theater
One thing leads to another.