Things To Do In Dallas This Texas-OU Weekend. 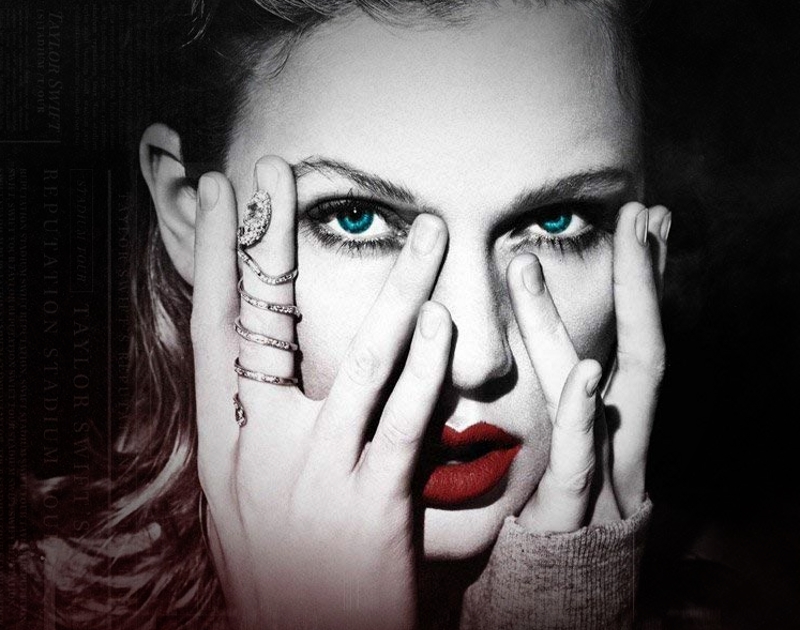 Shoot It Out With The Longhorns And Sooners, DGAF With Charli XCX’s Femmebot Party, Rally For Beto, Double Dip With Taylor Swift And So Much More.

Goats are currently being airlifted out of Olympic National Park in Washington.

“Why?” you ask. Well, because they’ve reportedly developed a craving for human pee and sweat. It’s actually the minerals and salt that they want from human waste, which sounds pretty harmless if you ask us.

But then there’s also their increased aggressiveness to consider. Example: one hiker bled to death after being attacked by a goat, who stalked the man for over a mile.

Maybe animals are evolving. Maybe they’re going to unionize against us for all the shit we’ve put them through. Maybe we deserve it.

Well before any revolution occurs, you still have some time to do fun human activities, including everything listed below. Have at it. — Claire Lin

Carmina Burana at Meyerson Symphony Center
Carl Orff’s enduring choral work gets the once over by the DSO and a 200-person choir. — Cory Graves

22nd Annual Lebanese Food Festival at Our Lady of Lebanon Maronite Catholic Church
There’s free admission and parking, aye! Of course, the food’s not free, but that’s OK. We would dish out all the dollars for some baklava, no questions asked. — CL

The Sheepdogs at The Rustic
This event is free with RSVP, as the Canadian classic rockers are eager to share their new album they claim has “stretched their sonic palate.” — CL

John Crist at The Theatre at Grand Prairie
You know him for sure. Crist is practically a household name by now, known for making fun of Christians and doing it so well even Christians love him. — CL

Slacktoberfest at Trees
At this attention deficit wonderland, you’ll get a mix of reggae, jazz and punk rock via The Slackers, Piñata Protest, Boss Riot, Rude King, From Parts Unknown — so you won’t be limited to one genre for several hours. — CL

The Essex Green at Double Wide
The band may be from the East Coast, but their music definitely has ’60s West Coast vibes. — CL

Phoenix, The Voidz at South Side Ballroom
This indie pop band from Versailles, France also has the chillest west coast vibes. I mean, who doesn’t like feeling like they’re in California? The Strokes frontman Julian Casablancas’ other band opens. — CL

Milo Greene at Three Links
The band’s Adult Contemporary tour is the first North American tour they’ve had in three years, so it’s gonna be a good one. — CL

Kirby Brown at Kessler Theater (Free)
Billy Joe is sick and had to cancel his show, but now it’s a free show, where previously scheduled opener Kirby Brown will celebrate the release of his latest LP. Wesley Geiger, should be there, too. — CG

Frankie Ballard at Billy Bob’s
Fun Fact: Frankie Ballard won Kenny Chesney’s Next Big Star Competition in 2008. He’s done a lot more since then, and he’s not done yet. — CL

J Balvin at Toyota Music Factory
This Colombian reggaeton singer has made a name for himself between worlds in the US and Colombia. He’s all about more Latino representation in the world, and he sings almost exclusively in Spanish just for this purpose. — CL

Whitney Rose at Mama Tried
Everyone seems to agree her sultry country voice is a timeless piece of art. — CL

Duell, Heater, Sub-Sahara, Thyroids at Lola’s
These bands are all burgeoning from the North Texas area. #supportlocal — CL

AT&T Red River Showdown at The Cotton Bowl
People who don’t live in Dallas proper might not understand this. Because, really, the Red River Showdown (nee Rivalry, formerly Classic and long-since-ditched-for-political-correctness-reasons Shootout) sounds pretty neat on paper: Fanbases of two of the nation’s most celebrated college football programs converge upon our city (conveniently halfway between their two campuses), flood the State Fair of Texas with out-of-local-market blood (for once) and eagerly cheer their teams on as they duke it out at one of our country’s classic stadiums (The Cotton Bowl). That sounds pretty dope! But, in reality, this play draws some serious flags. Beyond the pageantry, this weekend — like pretty much everything else as far as the State Fair of Texas is concerned — is mostly just a drain on the city’s funds, a wash as far as economic benefit is concerned and, well, a general pain in the ass. — Pete Freedman

Aaron Watson at State Fair of Texas
Texas country is all he croons, and you’ll get to hear it for free – of course, with the purchase of your State Fair ticket. — CL

The National at South Side Ballroom
Partnered with Plus1, $1 from every ticket will go towards providing “equity, dignity and access” to communities in need. Alvvays opens. — CL

Fickle Friends at Three Links
On their You Are Someone Else Tour, these not-so-fickle friends are in it for the long run, already having played over 350 live shows together and emerging as the new indie-pop faces of Britain. — CL

David Byrne at The Theatre at Grand Prairie
He’s most known for his lead role in the band, Talking Heads, but he’s done all sorts of experimental art and was inducted into the Rock and Roll Hall of Fame. — CL

Beerfeast at Sundance Square Plaza
Get this…there’s going to be more than 120 beers at this festival. — CL

Amigo International Guitar Show at Will Rogers Coliseum
Although the organization now has five shows in major cities in of the US, its very first show originated in Dallas, in a small hotel basement. — CL

All Heart: A Musical Benefit and Shave-a-Thon for Andy Knapik at Dan’s Silverleaf
All proceeds will go to local musician Andy Knapik, who is a tireless fighter for the DMAC Denton, and who is currently awaiting a much needed heart transplant. — CL

Hobo Johnson at House of Blues
Hobo named himself because he was actually homeless for several months. Look at him now. — CL

Tribulation, Pallbearer at Trees
Out with their third album, Heartless, Tribulation is the torchbearer for the heavy part of heavy metal. — CL

Natalie Prass at Dada
Ex-Jenny Lewis touring keyboardist Natalie Prass grew up in Virginia and spent a year a Berklee College of Music before relocating to Nashville and crafting a demo on her iPhone that led to her early paying gigs. She released her second album, The Future and the Past, earlier this year. — Lauren Rushing

Kevin Gates at The Bomb Factory (Sold Out)
Don’t try to smuggle yourself into the venue. I know it’s hard, but just take the loss, kids. — CL

Hayden James at Lizard Lounge
Purportedly it’s one of the most euphoric experiences you will ever have with electronic music. Read the reviews. — CL

Register to Vote Party at The Wild Detectives
Self-explanatory. It’s a wonder people need a party to motivate them to do anything these days, but we’re not complaining. — CL

Austin Mahone at State Fair of Texas
Free! Of course with the purchase of a state fair ticket, if you forgot. — CL

Oklahoma! at The Majestic Theatre
Just in time for Texas-OU weekend, the wind comes sweepin’ down the plain once more. — CG

John Paul White at Fort Worth Live (Sold Out)
He used to be part of the iconic The Civil Wars duo, but he’s been a lone wolf since 2016. — CL

Birdcloud at Three Links (Sold Out)
The allure of these nasty gals is their DGAF attitude in everything they do including their music. Too bad this one’s sold out. — CL

Hinds at Deep Ellum Art Co.
These girls run a much cooler vibe, and they’re from across the pond, in Madrid, Spain. The Bralettes open. — CL

Shannon Lay, Night Shop at Dada
Shannon runs the show in L.A., but now she’s on an American tour to spread the love. — CL

Tapeheads at Main At South Side
All proceeds go to The LegUp Program to assist the homeless with jobs, housing, and education. — CL