Things To Do In Dallas On Wednesday, October 18. 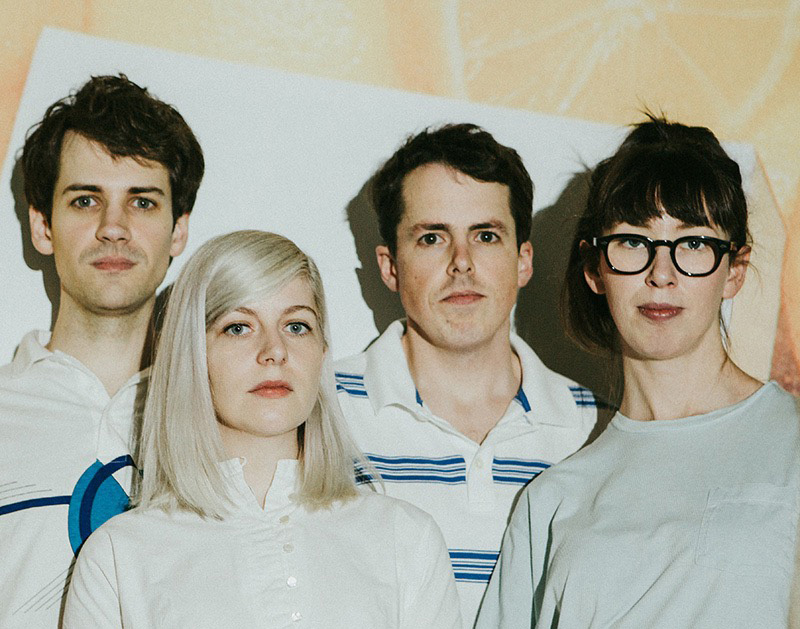 Get Emo With Alvvays At Trees, Feel Jolly Jolly Jolly With Pilfers At Three Links And Get The Demons Out With A Screening Of The Exorcist At The Angelika.

Could we have a Maverick for president? And no, we’re not talking about John McCain.

We’re talking about Dallas Mavericks owner Mark Cuban, who recently said that he would definitely consider running for president if he was single. Cuban has often criticized the president and has always been very open about his political leanings.

But more importantly, let’s dreamscape Cuban’s administration. Maybe head coach Rick Carlisle as vice-president Carlisle; Dirk Nowitzki as the secretary of state; Seth Curry as secretary of defense, Harrison Barnes as secretary of treasury and other Mavs playing a bigger role outside the basketball court.

Still, all that is extremely unlikely, but what is still very likely is you having a great time at one of the carefully curated events we’ve listed below. Whatever you choose to do, the ball is in your court.

Pilfers at Three Links
Formed in New York in 1997, Pilfers has a unique sound of a mixture of rock, hardcore and reggae, or Reggaecore, if you will. The band split in 2001, but re-formed seven years later and now it’s rolling through town. From Far, the band’s 2015 album, may feature a slightly different line up, but it retained the original feel-good vibes of the band’s early work.  Joystick, Rude King and The Holophonics also perform.

The Eyeslicer Roadshow at Texas Theatre
Here’s your chance to ask The Eyeslicer Roadshow co-creator Dan Schoenbrun when he stops by town why his creation is “one of the craziest TV shows you’ll ever see.” See what we mean by watching the trailer here. We guarantee it’ll leave you feeling dazed and confused. You’ll probably want to rewatch it, but may we suggest going to watch it in person?

JD McPherson, Nikki Lane at Kessler Theater
The Oklahoma native is well know for keeping true to the spirit of old fashion rock and roll and blues. JD McPherson may be a contemporary artist, but his rockabilly sound is rooted in the ’50s. Retro enthusiasts are sure to enjoy this one. Nikki Lane opens.

Alvvays at Trees
Lead singer Molly Rankin describes Alvvays’ second studio album Antisocialitesas as a  break up fantasy. We’re not sure why anyone would fantasize about a break up, but the album has a sweet indie rock relaxing tone that makes it easy to reflect on the ups and down of romance. Definitely check this out if you’re trying to cope with some failed romance feels. Nap Eyes opens the show.

A$AP Mob at The Bomb Factory
A$AP Rocky, A$AP Ferg, A$AP Twelvvy, A$AP Nast and A$AP Ant are stopping in town just a couple of months after the release of the A$AP Mob’s sophomore album, Cozy Tapes Vol. 2: Too Cozy. The album features the likes  verses from guest appearances such as Lil Yachty, Chief Keef, Gucci Mane, Frank Ocean and Jaden Smith. We can’t guarantee that any of those big names will show up, but you should still get your tickets ASAP.

Have Mercy at RBC
The Baltimore alternative emo band are currently on tour in support of their third studio album, Make The Best Of It. If you’re in the mood for sad emo music that gets you thinking about those break-ups, then this show is for you. Think of it as Emo Nite-lite. Boston Manor and Can’t Swim + A Will Away open.

The Exorcist at Angelika Film Center
The 1973 film was once the highest-grossing R-rated horror film of all time until the recent It film dethroned it. Still, that doesn’t take away from the quality of this iconic film. This screening presented by the Dallas Morning News is free, but and RSVP is required.